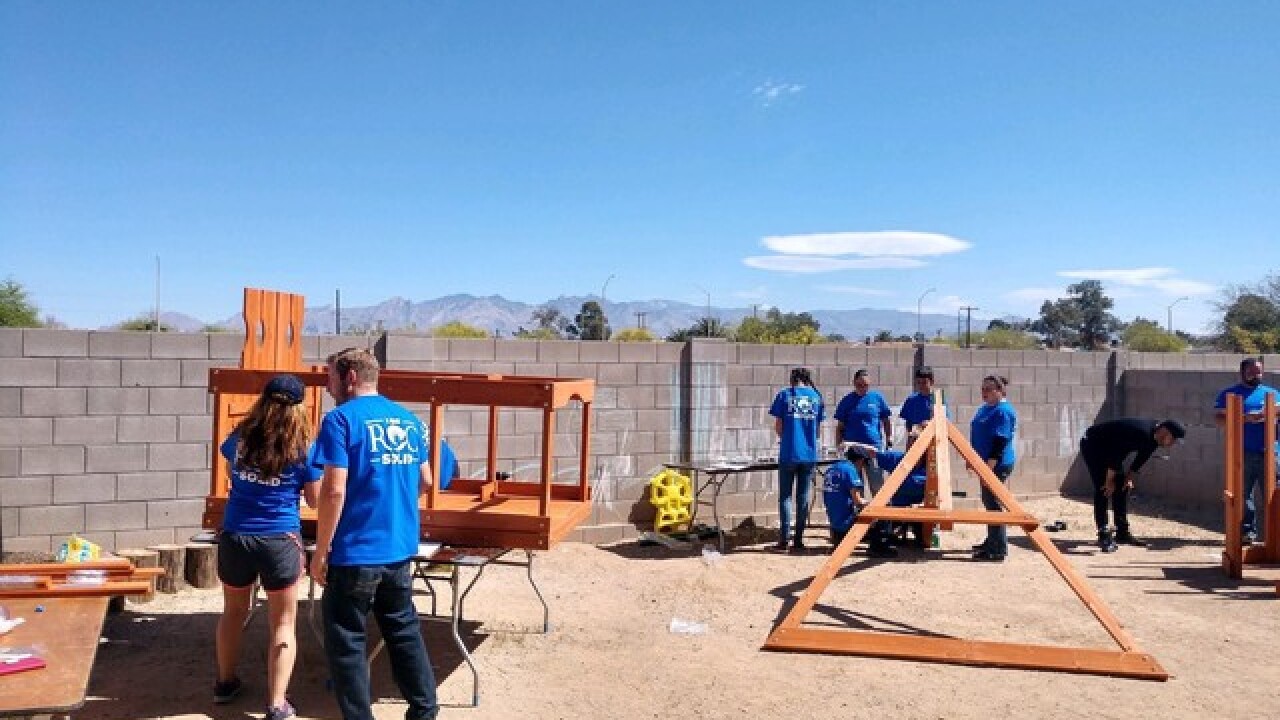 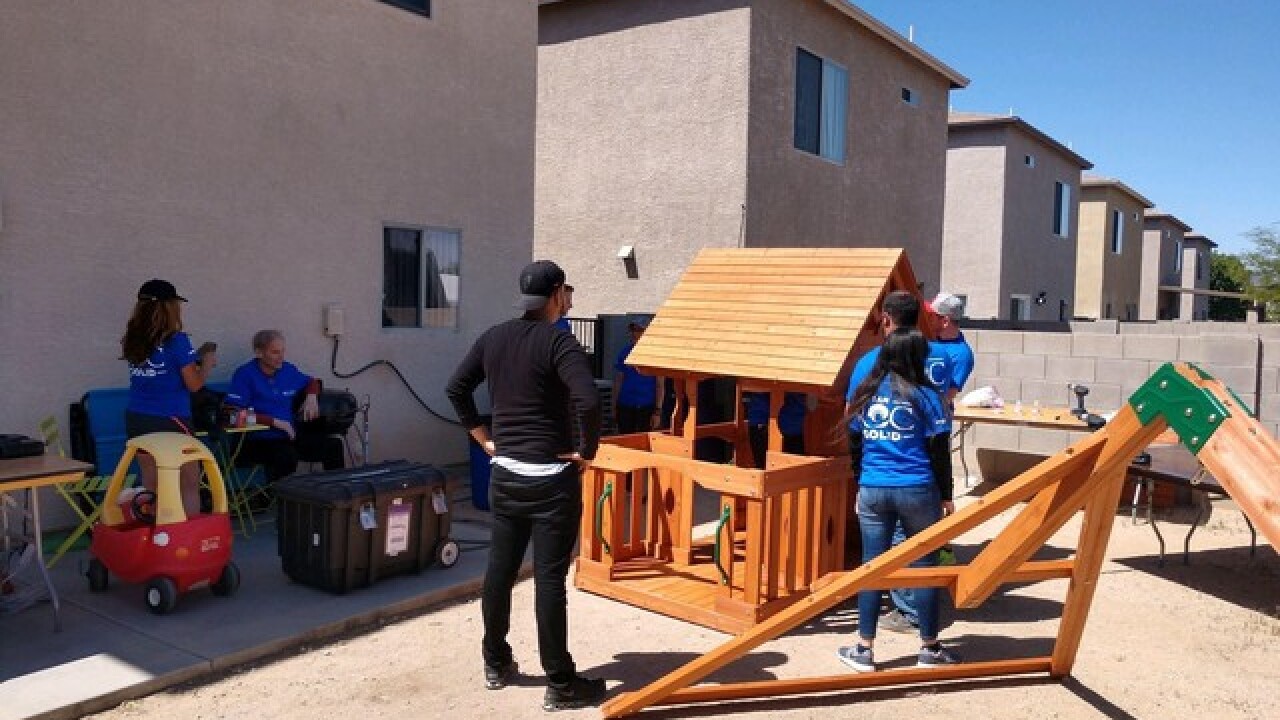 The Roc Solid Foundation partnered with Wienerschnitzel for their "Play It Forward" program, an initiative that builds personal playgrounds for kids who are too sick to go to school or play with other kids at parks.

"It helps not only the child with cancer but the siblings because they get to play as well. The parents also get time off, and it's just a wonderful organization," said Karen Galardi with Wienerschnitzel.

On Friday, 3-year-old Zabdiel Samaniego was surprised with a new playground at his home. He was diagnosed with leukemia in December of 2017.

"Our daughter was born five days before he was diagnosed with leukemia since then we have been living in the hospital," said Isis, the mother.

On this day, the Samaniegos took a break from the hospital and were also gifted a limo ride to breakfast.

"We're really thankful that they can make our son happy in this tough time. I know he's going to love it for years to come. And the rid in the limo was amazing. The music the lights,  everything was awesome," said Victor, the father.

Eric Newman founded The Rock Solid Foundation in 2009. He was diagnosed with cancer when he was just three years old. He says making families happy is his calling.

Newman attended the unveiling of the playground and also presented the family with a plaque - it explains what cancer can't take away.  A similar one was given to his parents when he was diagnosed more than three decades ago.

"So I'm going to read it to you guys. It can't eat away peace. It can't corrode your faith, can't kill friendships, destroy confidence, can't silence courage, cancer is limited," said Newman.

Newman is surprising two other Tucson families. Meanwhile, the Samaniegos say next month is Zabdies last cycle of chemo.

So far, his biopsy's have come back negative.