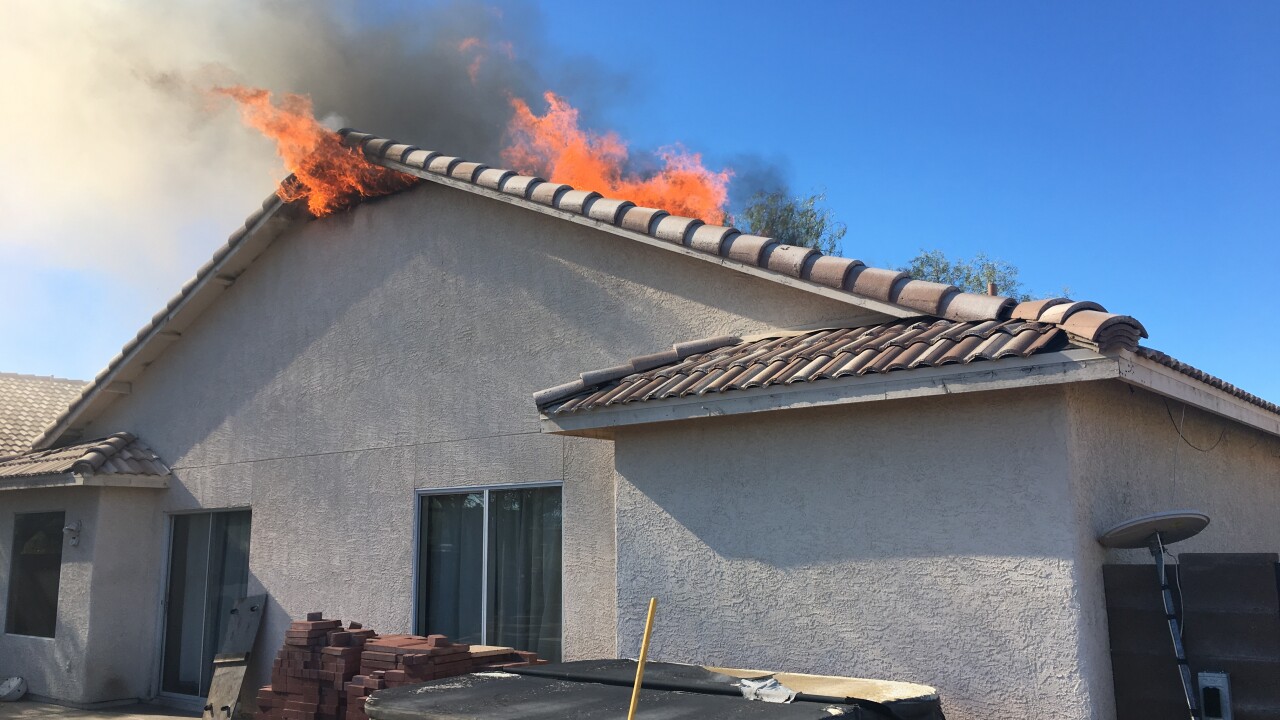 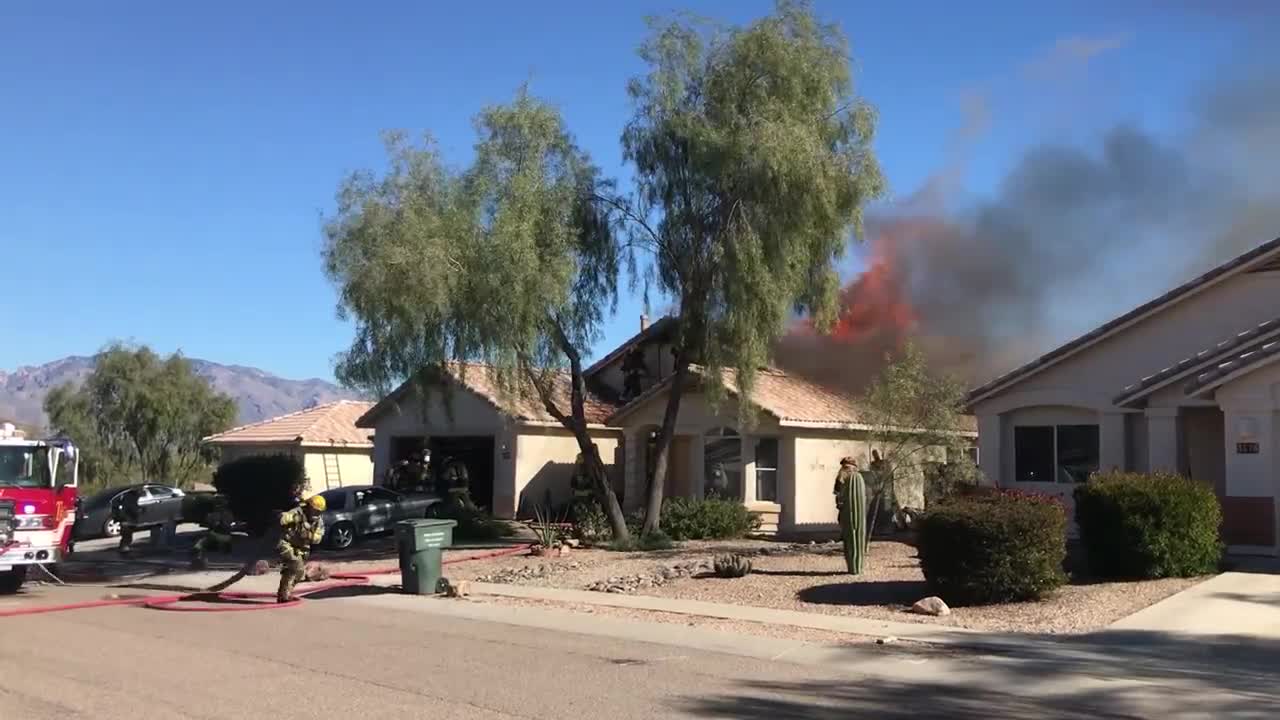 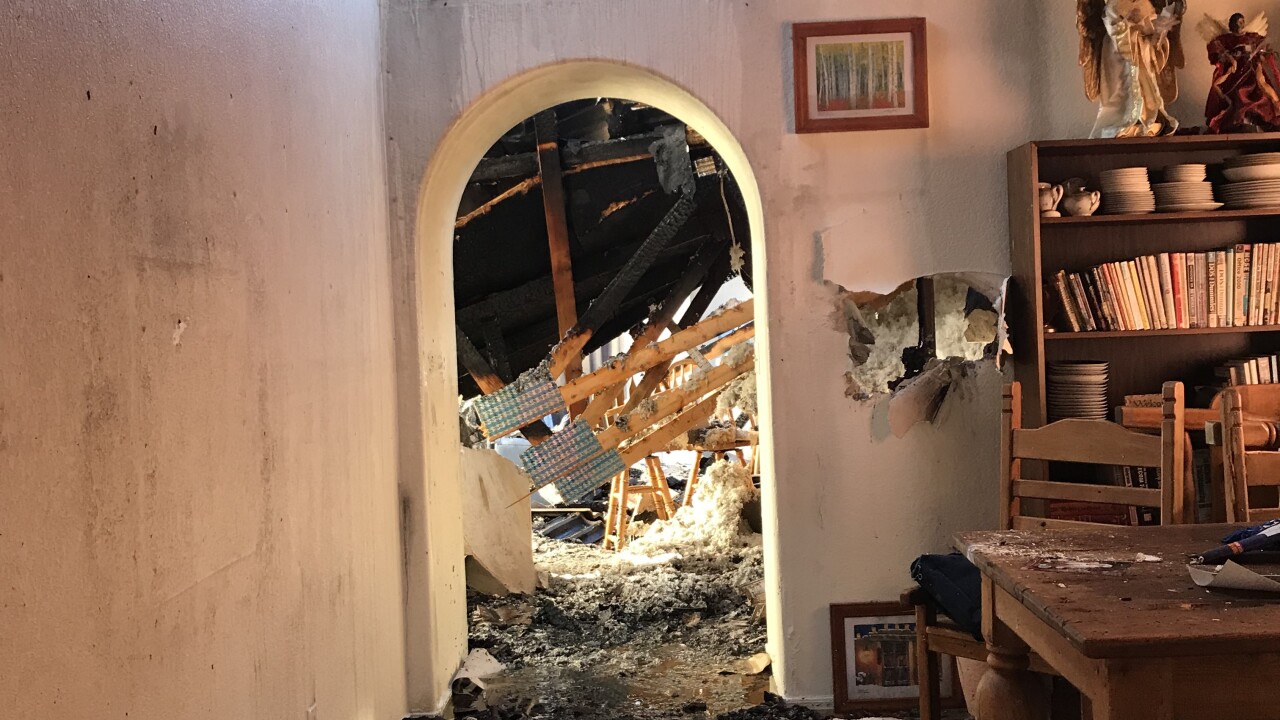 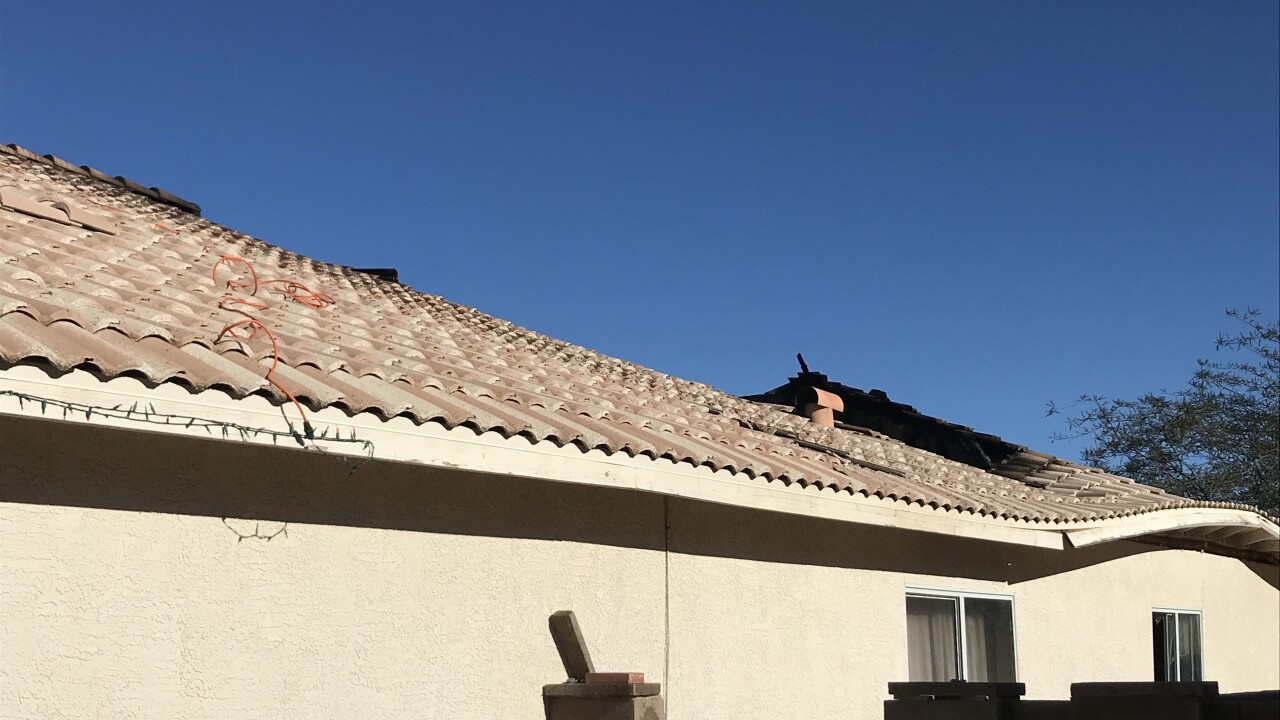 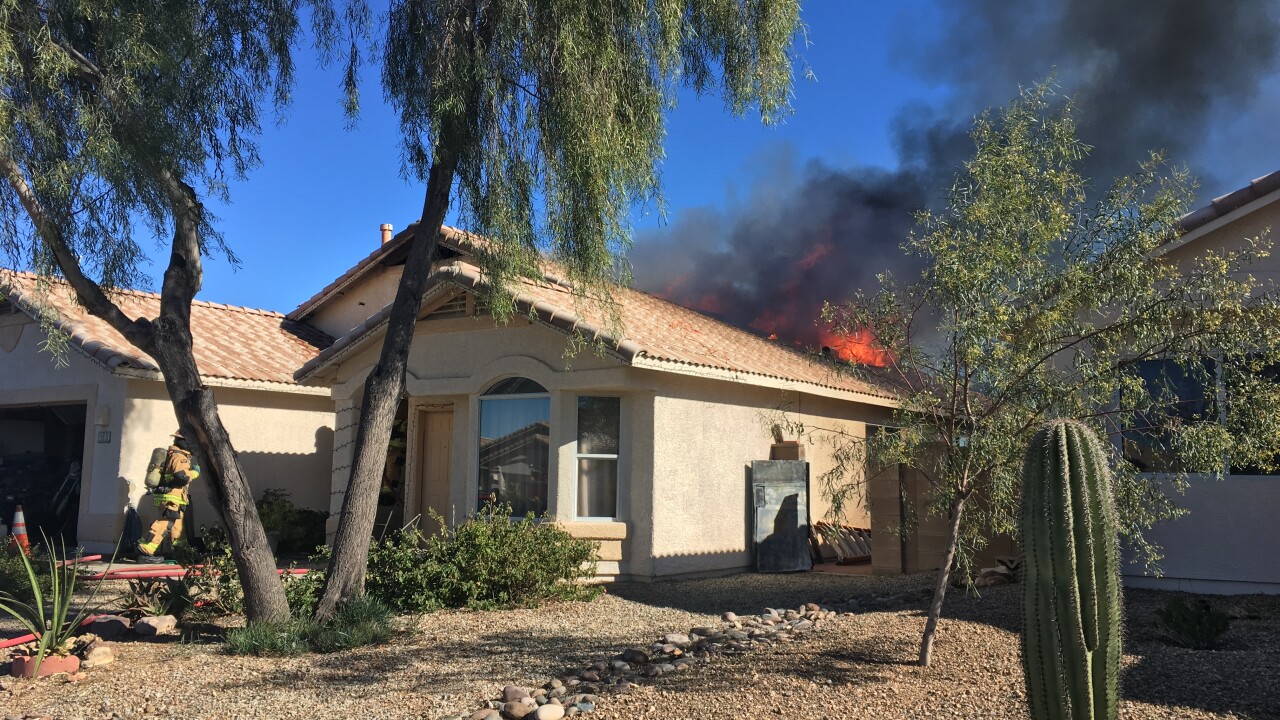 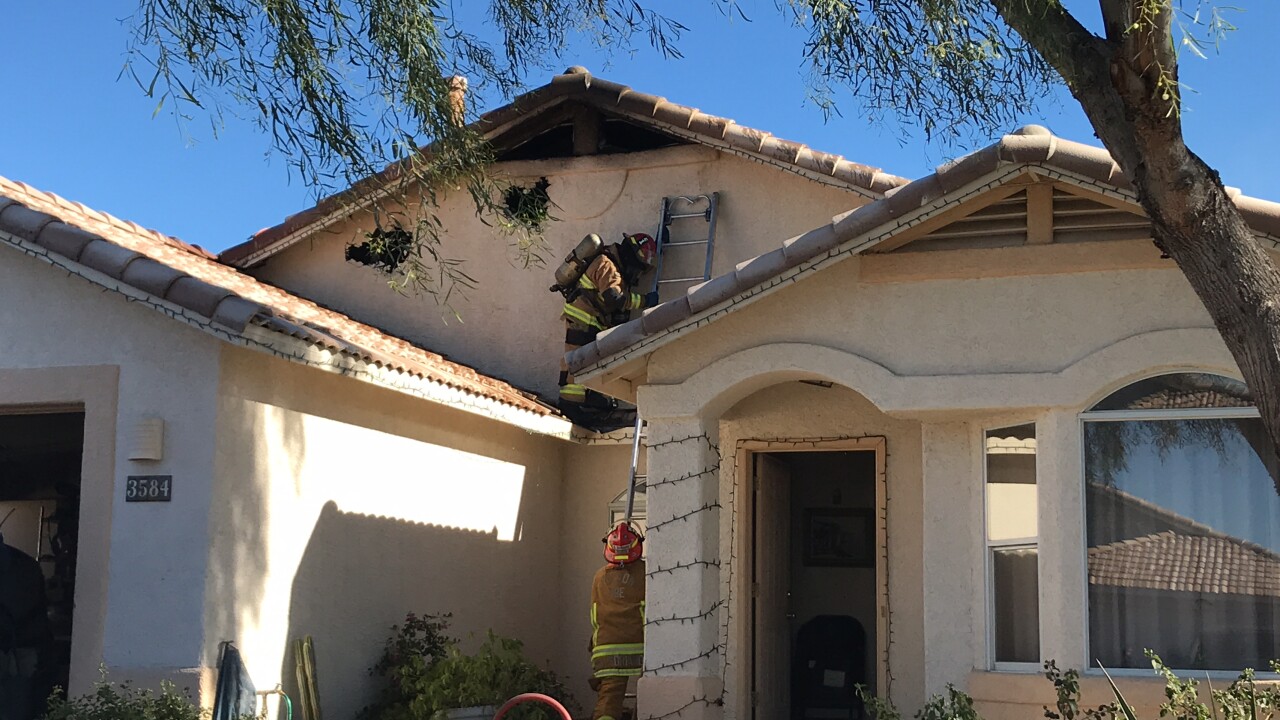 TUCSON, Ariz. — Tucson Fire Department responded to a house fire that displaced a couple and killed one of their dogs Thursday afternoon.

According to TFD, firefighters responded to a home in the 3500 block of North Avenida Albor for reports of smoke coming through the roof and vents.

The fire continued to burn through the attic and roof and under the weight of the tiles, began to sag and eventually fall into the home.

Crews were able to contain the fire 45 minutes after firefighters arrived on scene.

The couple who lived inside the home, a 64-year-old man and a 63-year-old woman were not at home at the time of the fire. However, two dogs were inside. One was safely removed and kept with a neighbor. The other dog was found dead inside.

TPD is investigating the cause and origin of the fire.