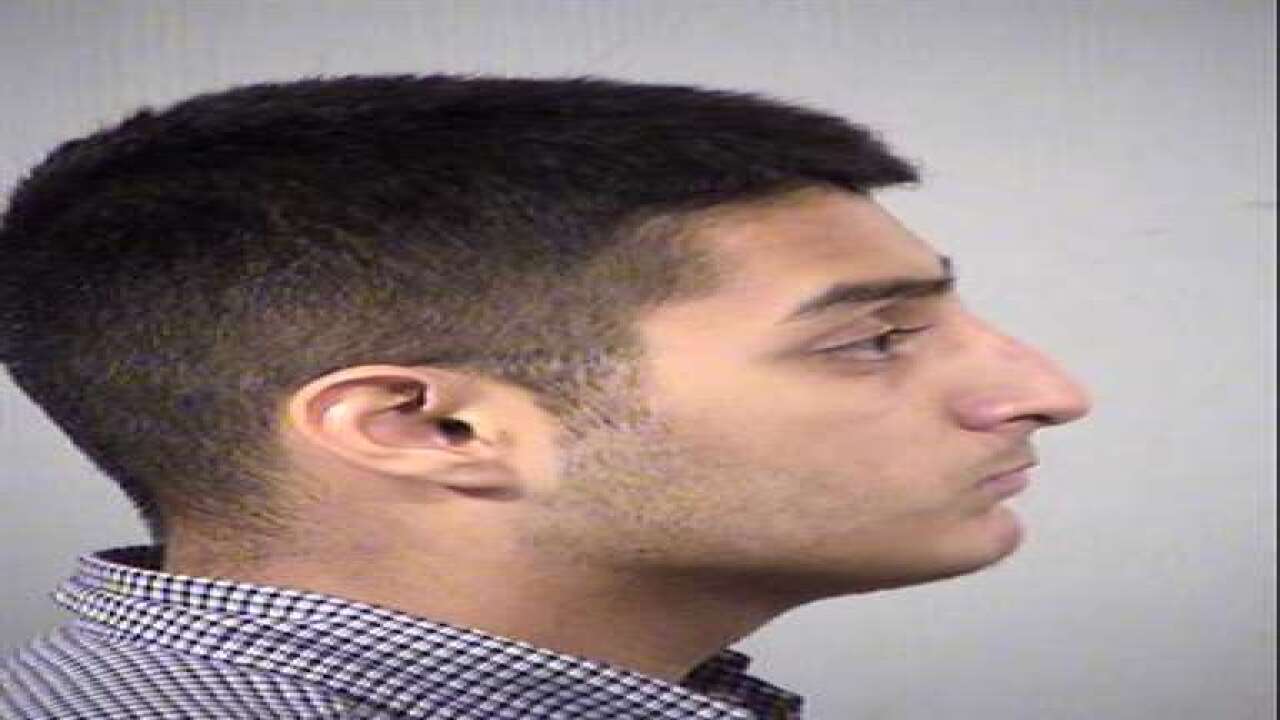 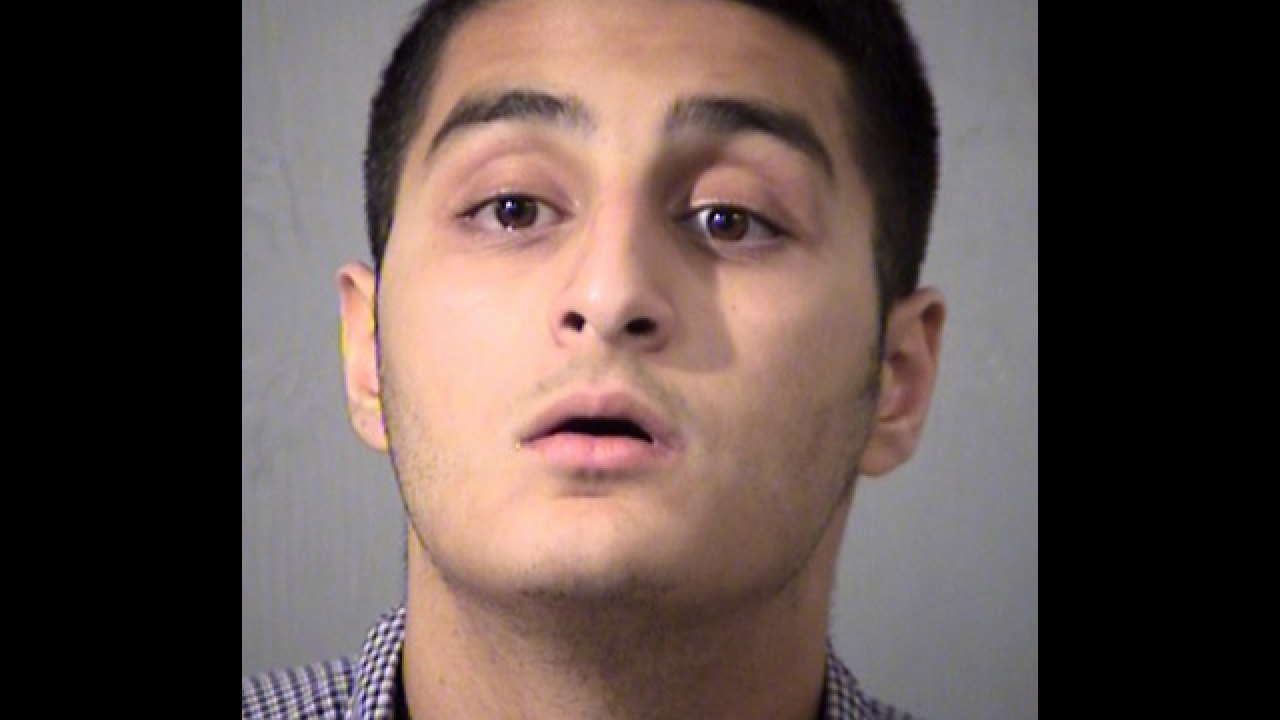 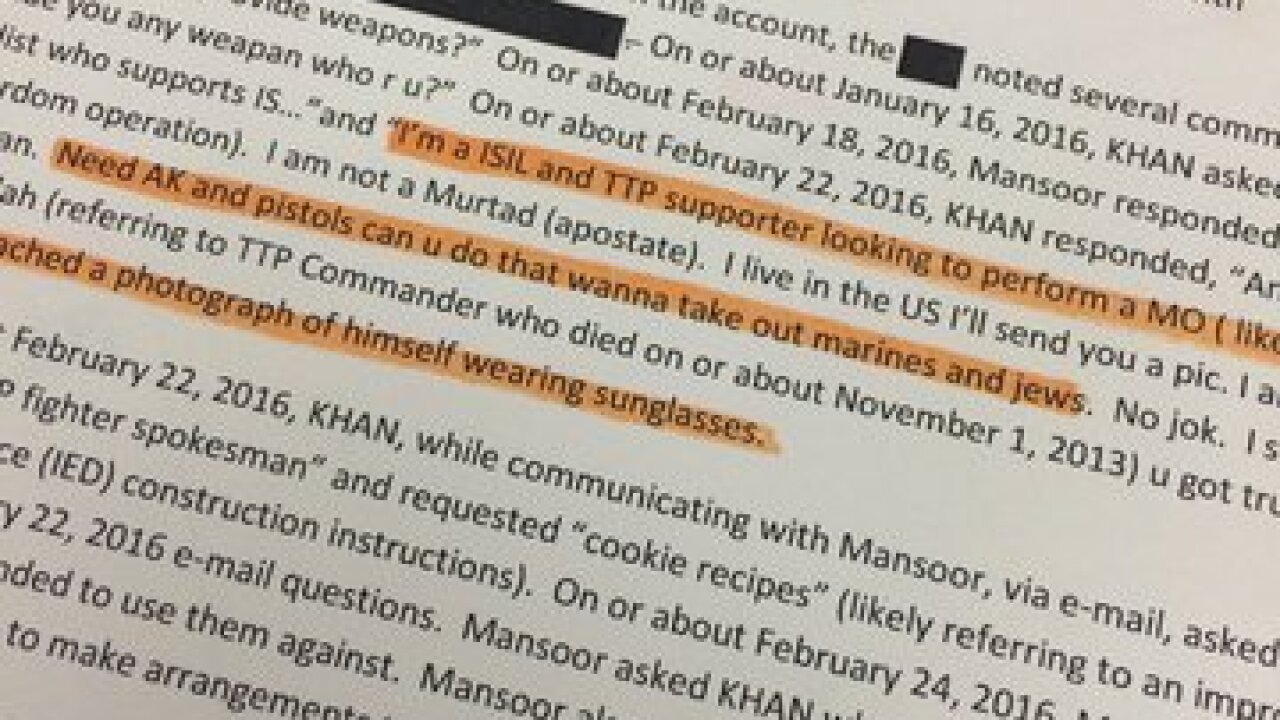 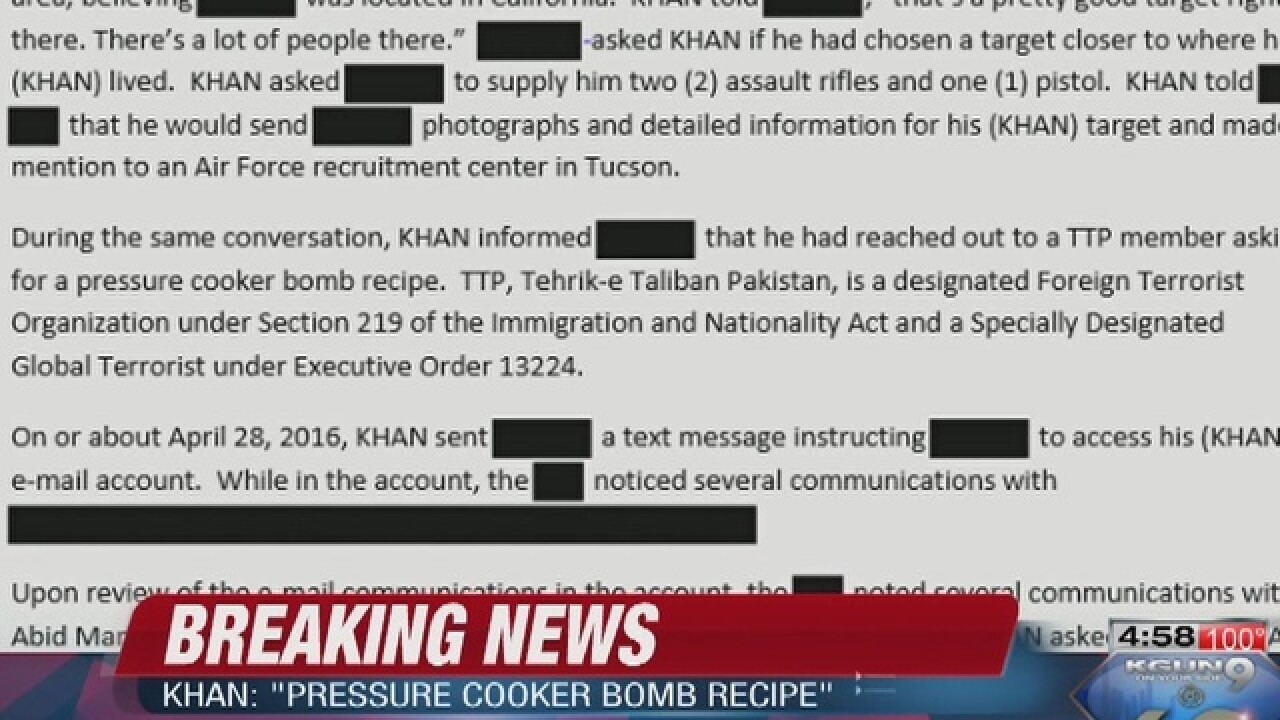 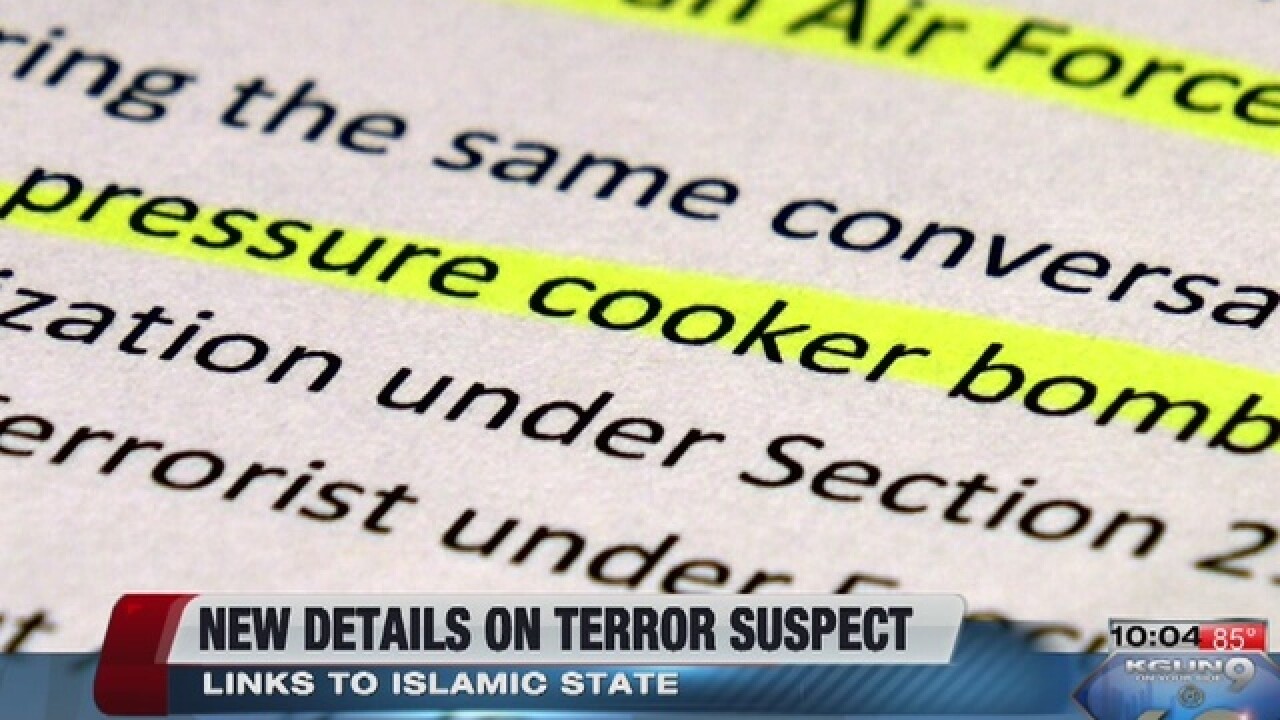 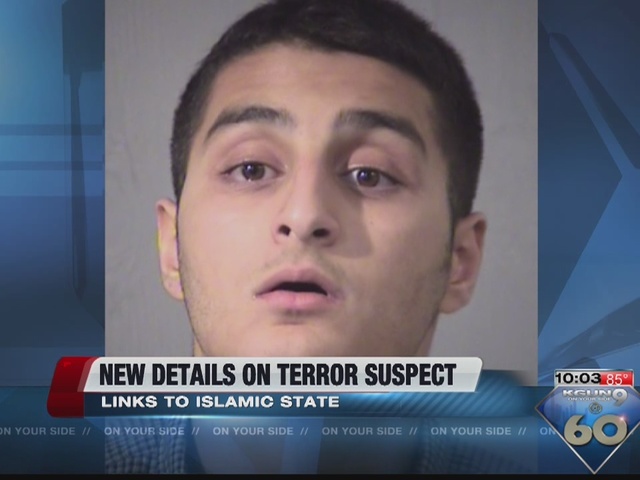 TUCSON (KGUN9-TV/AP) - Authorities have released more details on Mahin Khan, the 18-year-old Tucson man arrested on terrorism charges.
Khan was arrested on Friday and is being held without bond in Maricopa County.
A three page document released by the Arizona Attorney General's officer gives more insight into the Khan investigation.
The document show the FBI was tracking Khan in April and that he claimed to be an American Jihadist who supported ISIL.
He was targeting Mission Bay, California to execute an attack.
Khan wrote in emails to an alleged member of the Pakistani Taliban that he was a supporter of the Islamic State group and was looking to carry out an attack.
The person he was corresponding with told Khan via email he would have to pay for guns.
Khan responded that he changed his mind and wanted the instructions for a bomb instead.
Khan faces two counts of terrorism and conspiracy to commit terrorism.
MORE:
Man arrested in Tucson for conspiracy to commit terrorism against government buildings