One killed, one injured in northwest side shooting

The Pima County Sheriff's Department is investigating a shooting on Tucson's northwest side that has left one man dead.

The incident happened in the 3500 block of West Amber Terrace, near Camino de la Tierra and Orange Grove. 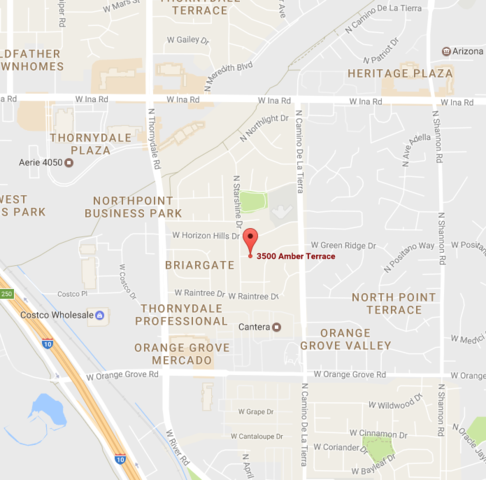 When deputies arrived on the scene, they located two men with gunshot wounds.

Deputies have identified the victims as 21-year-old Jaisaac Sloan and 20-year-old Austin Buckshaw.

.@PimaSheriff @kgun9 Both men knew each other. Happened near some kind of RV/camper on property around 4 p.m.

Buckshaw was transported to the hospital with serious injuries and Sloan was pronounced dead at the scene.

Deputy Ryan Inglett tells KGUN9 both men are known to each other.

Deputy Inglett also says they are no longer looking for the suspect and a possible suspect checked himself into a local hospital for injuries sustained during the incident.

.@PimaSheriff @kgun9 Both men knew each other. Happened near some kind of RV/camper on property around 4 p.m.

If you have any information regarding the shooting, please call 9-1-1 or 88-CRIME.

.@PimaSheriff @kgun9 Deputies don't have suspect info at the moment, asking people to keep an eye out if they see anything suspicious or know what happened.