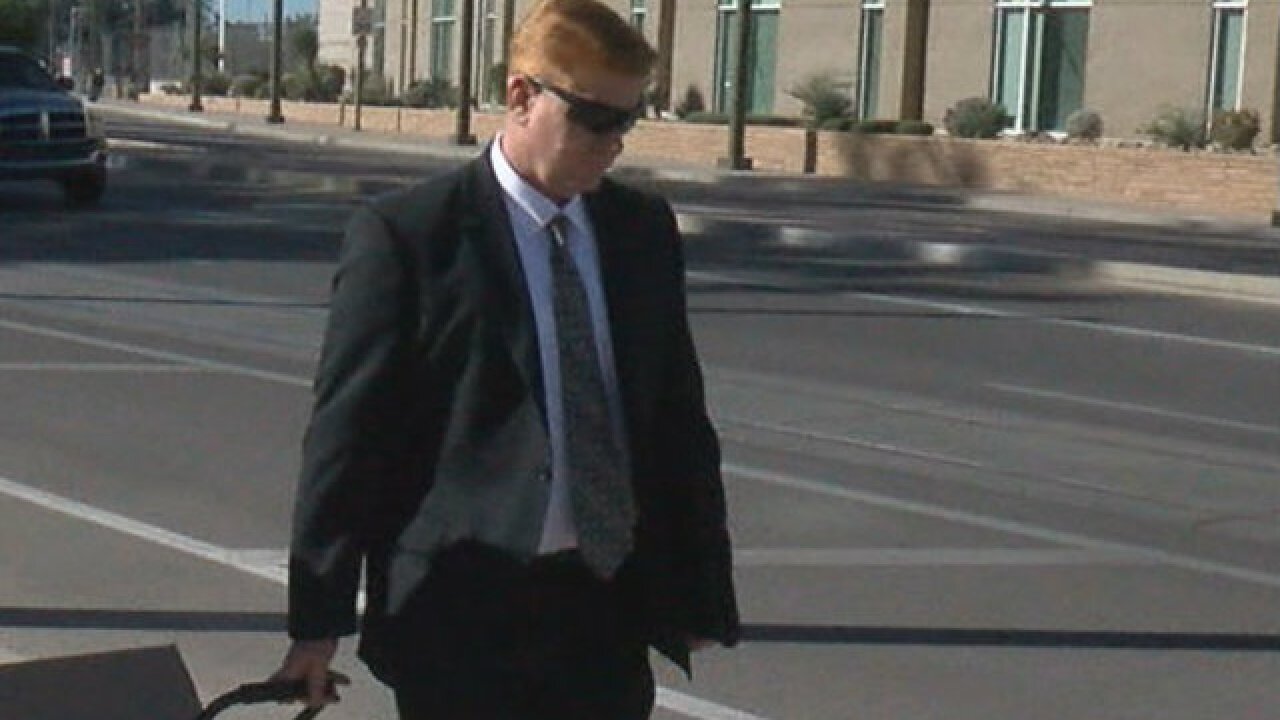 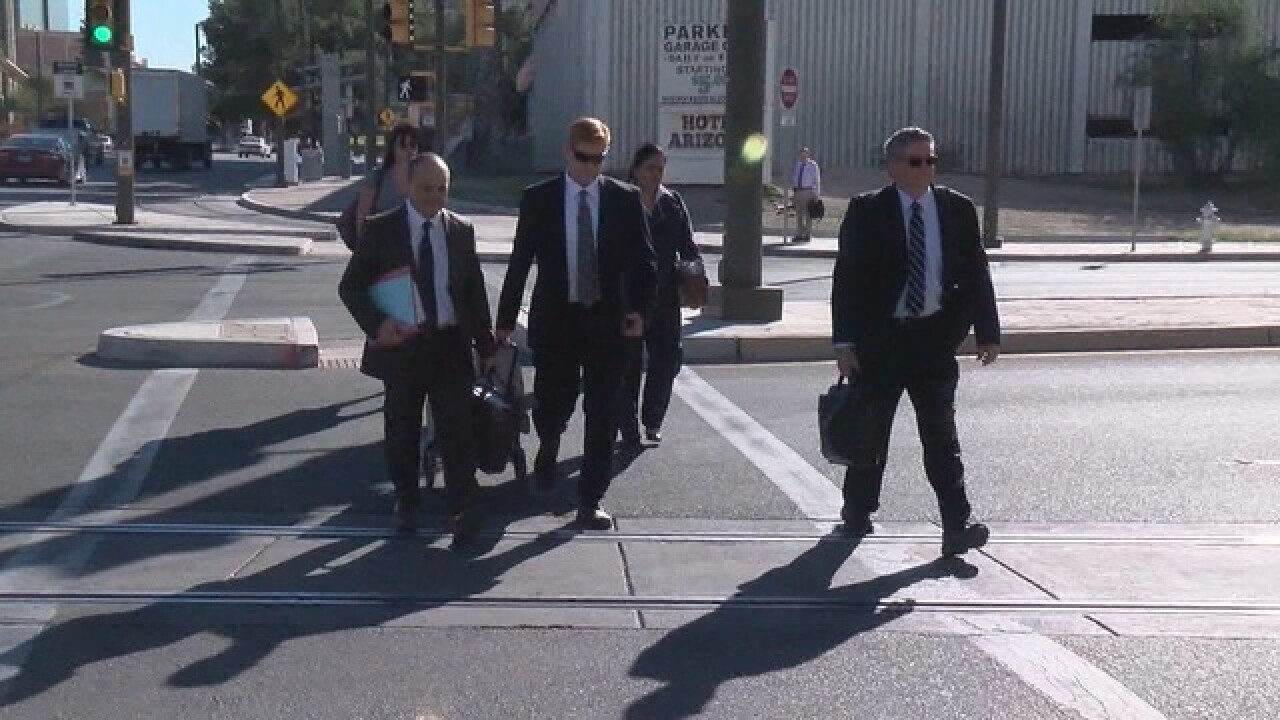 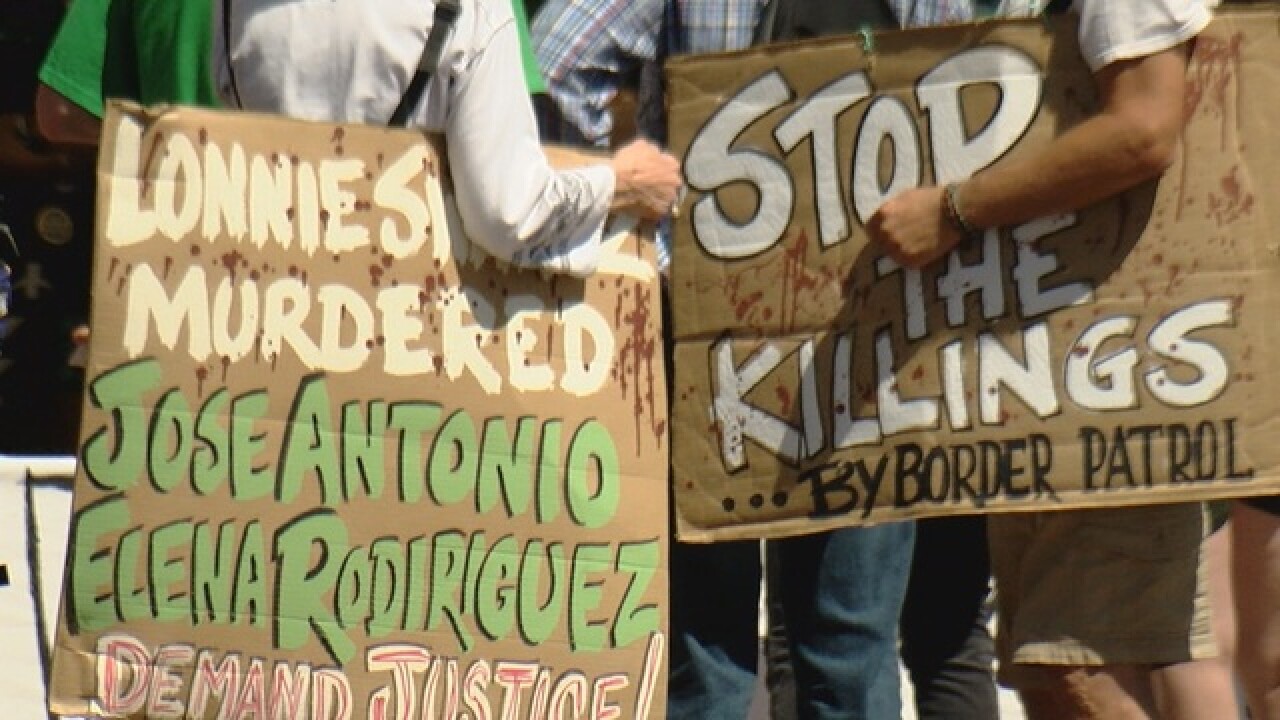 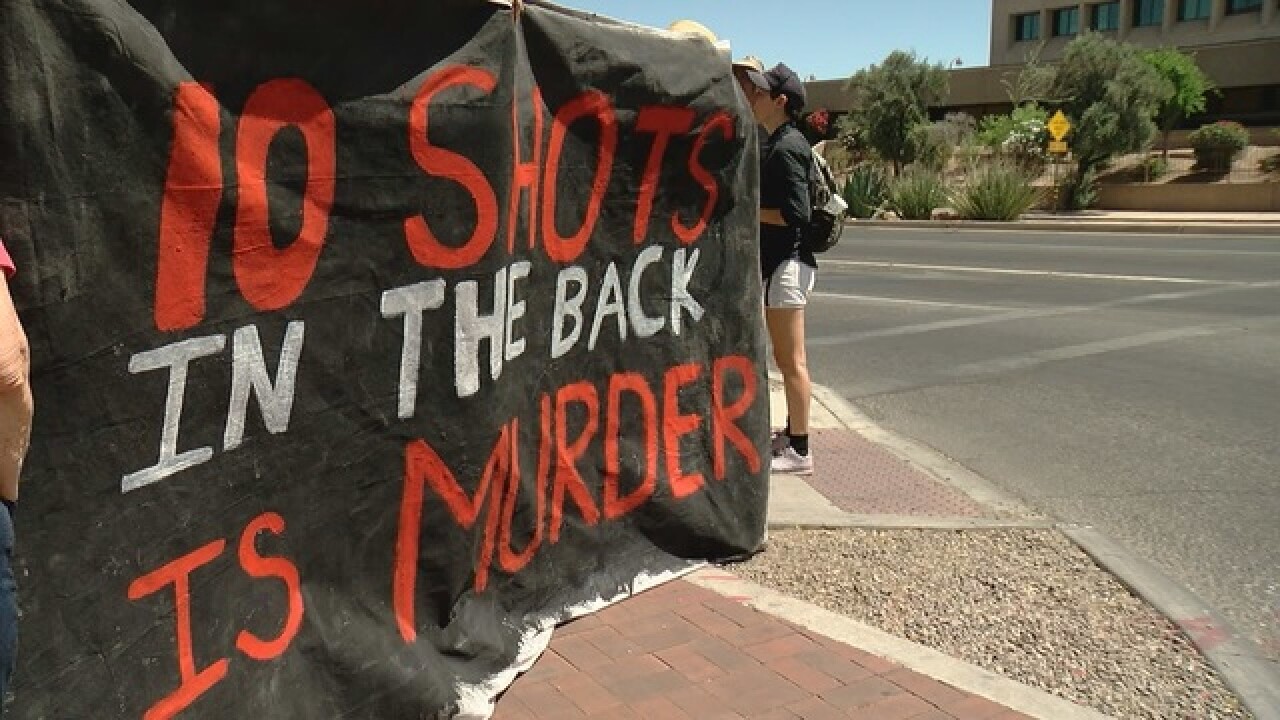 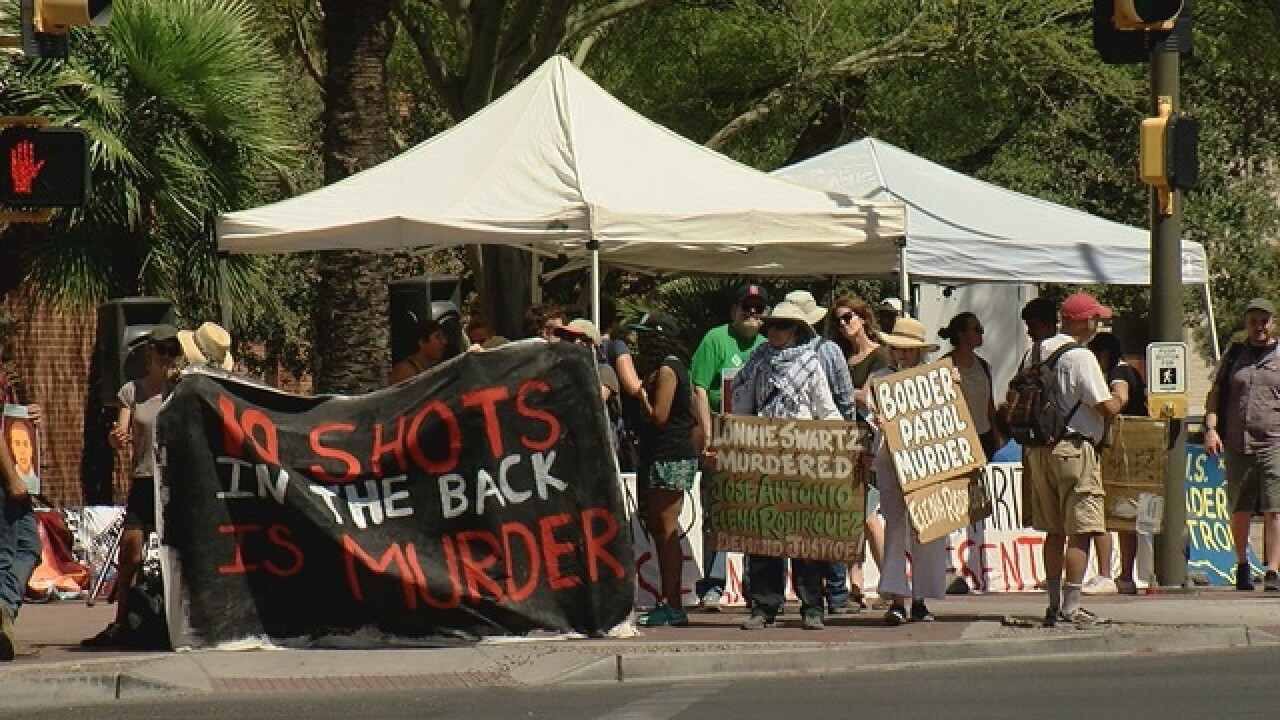 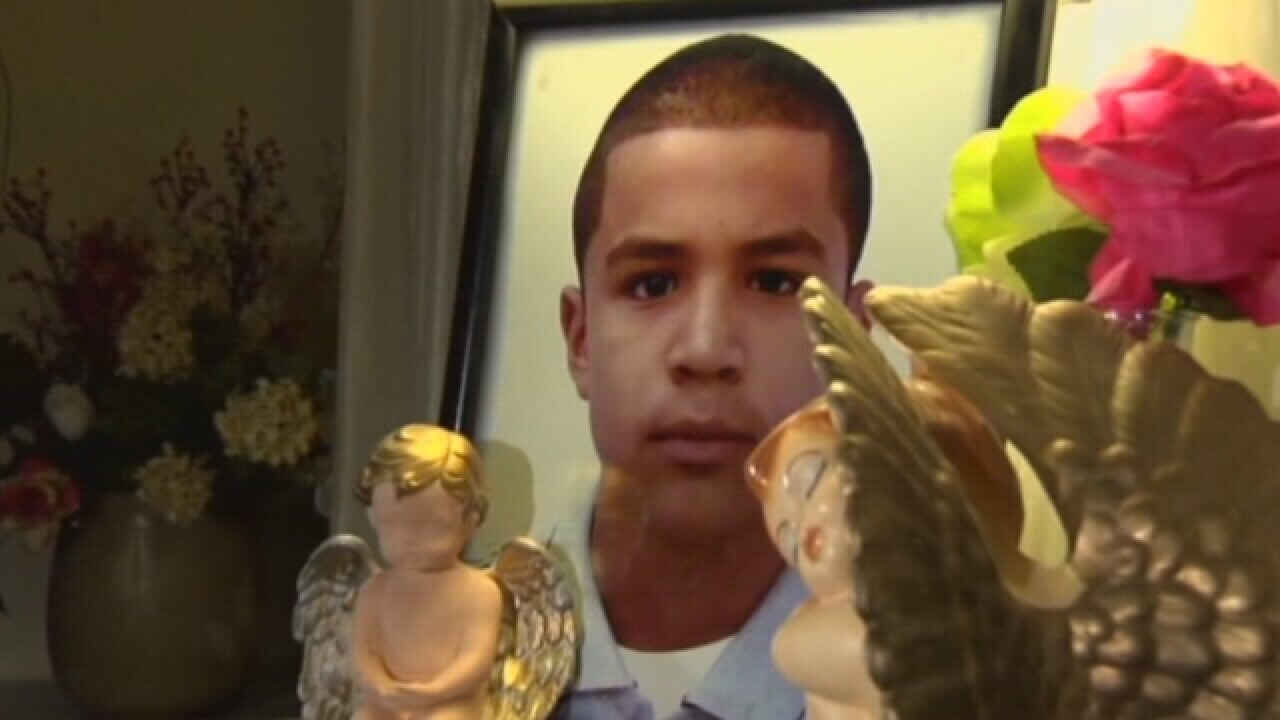 April 23rd a jury found Swartz guilty of second-degree murder, but could not decide on less serious charges of voluntary or involuntary manslaughter.  The hung jury on the manslaughter counts allows prosecutors to retry them.

No one disputes that Swartz pointed his gun through the border fence and shot 16 times.  Ten shots hit Jose Antonio Elena Rodriguez.

Prosecutors concede Rodriguez was throwing rocks into the US as Border Patrol Agents and Nogales Police tried to keep a drug smuggler from climbing the fence to escape into Mexico.

Swartz defense attorneys contend rocks are deadly force that justified deadly force from Swartz to defend himself and fellow agents.

Jurors found Swartz not guilty of second degree murder but their inability to decide on less serious manslaughter charges allowed prosecutors to re-try the case.

Demonstrators like Leilani Clark of the Alliance for Global Justice say killings by agents are too common and penalties too rare.   They are pleased to have another chance to see Swartz convicted.

Clark says, “His reckless behavior and his reckless action contributed to the death of Jose Antonio Elena Rodriguez.  I really feel that success can come this time, that justice will prevail."

Art Del Cueto of the Border Patrol Union says prosecutors gave in to public pressure to retry an agent who was just doing his job.

"You have to think that that was a big influence on everything. The reality is you had an agent that did the right thing.  He was acquitted and now they're going after him on a couple of other charges because, I don't know, just to prove a point."

The previous trial was long and complex with almost three weeks of testimony.  Attorneys expect the retrial to run that long too.  It is set to begin October 23rd.