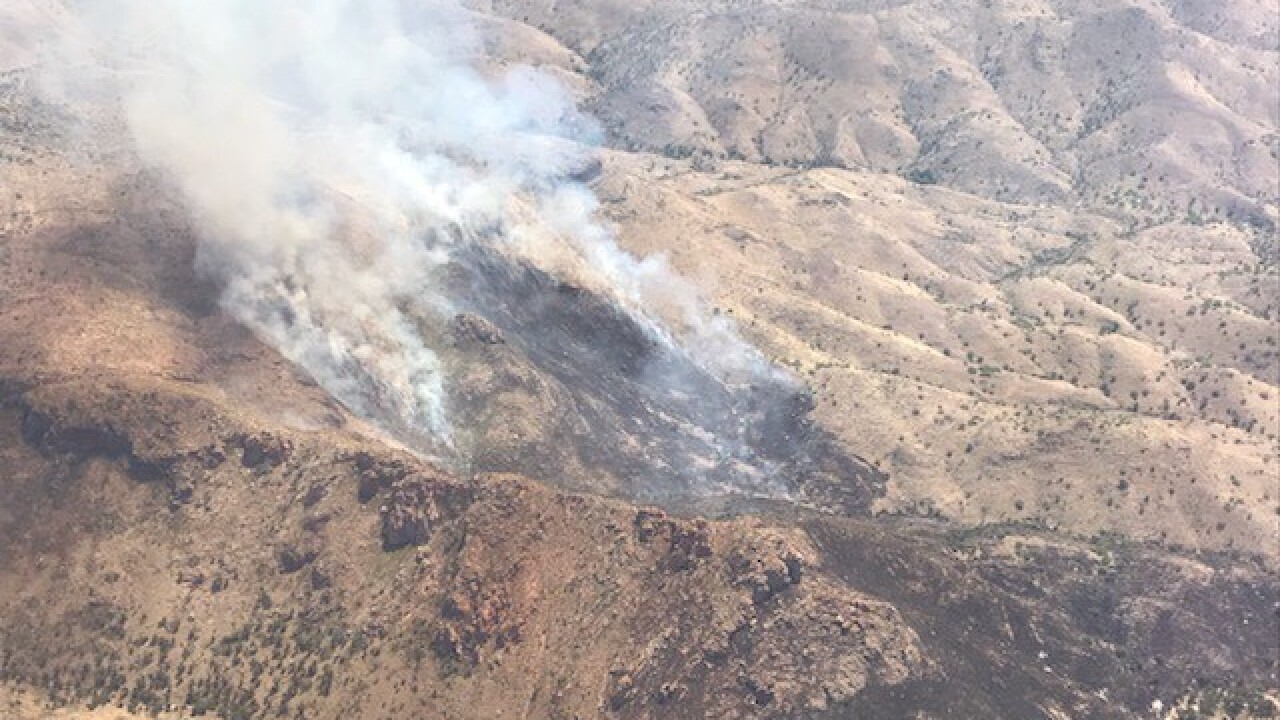 TUCSON, Ariz. — A 600-acre fire is burning in the north end of the Tumacacori Mountains and is growing Tuesday afternoon, according to National Forest Service rangers.

In a Facebook post, rangers say the fire -- which they're calling the Hell's Gate Fire -- is in a remote area and is not threatening any structures or people nearby. Fire crews are working to contain the blaze, the forest service said, and are utilizing an air attack platform, an air tanker and a helicopter.

The forest service says they're not sure what caused the fire, though lightning was recently present in the area. Still, they're asking visitors to remain vigilant about fire risks throughout the region this summer, as the weather promoted plant growth that could fuel fires this season.