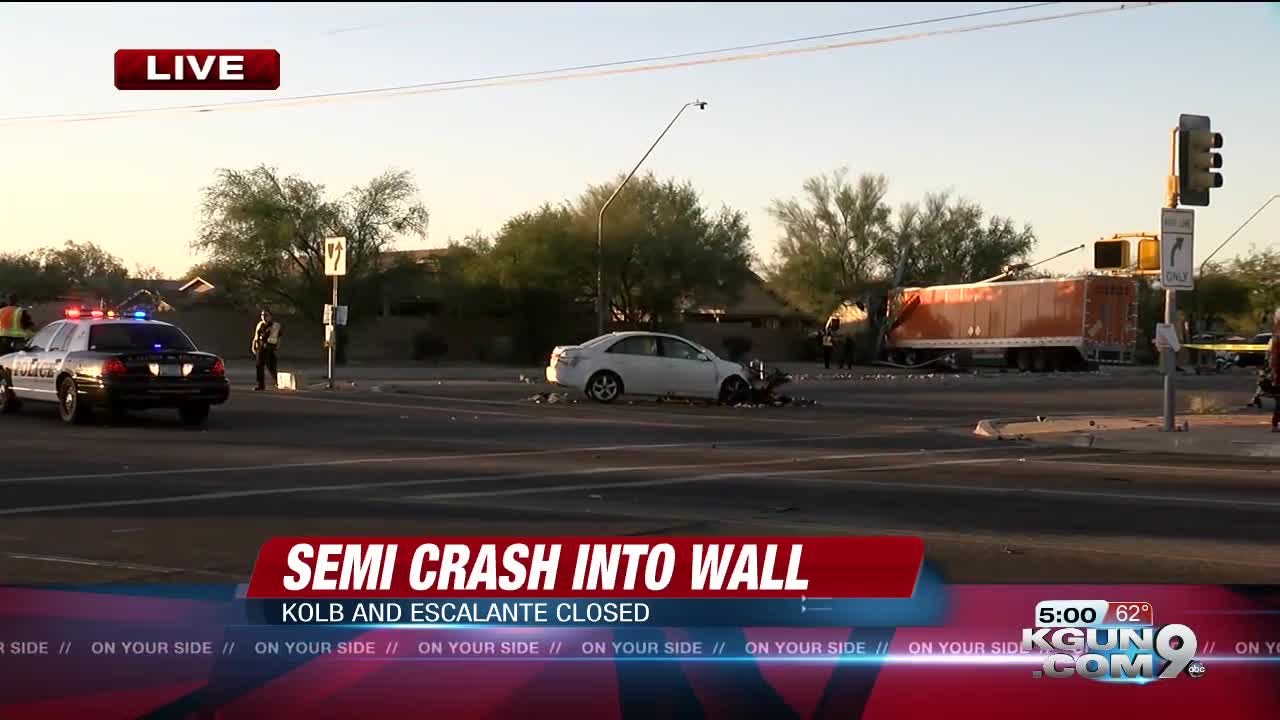 A crash involving a semi-truck and other vehicles has shut down the intersection of Kolb and Escalante. 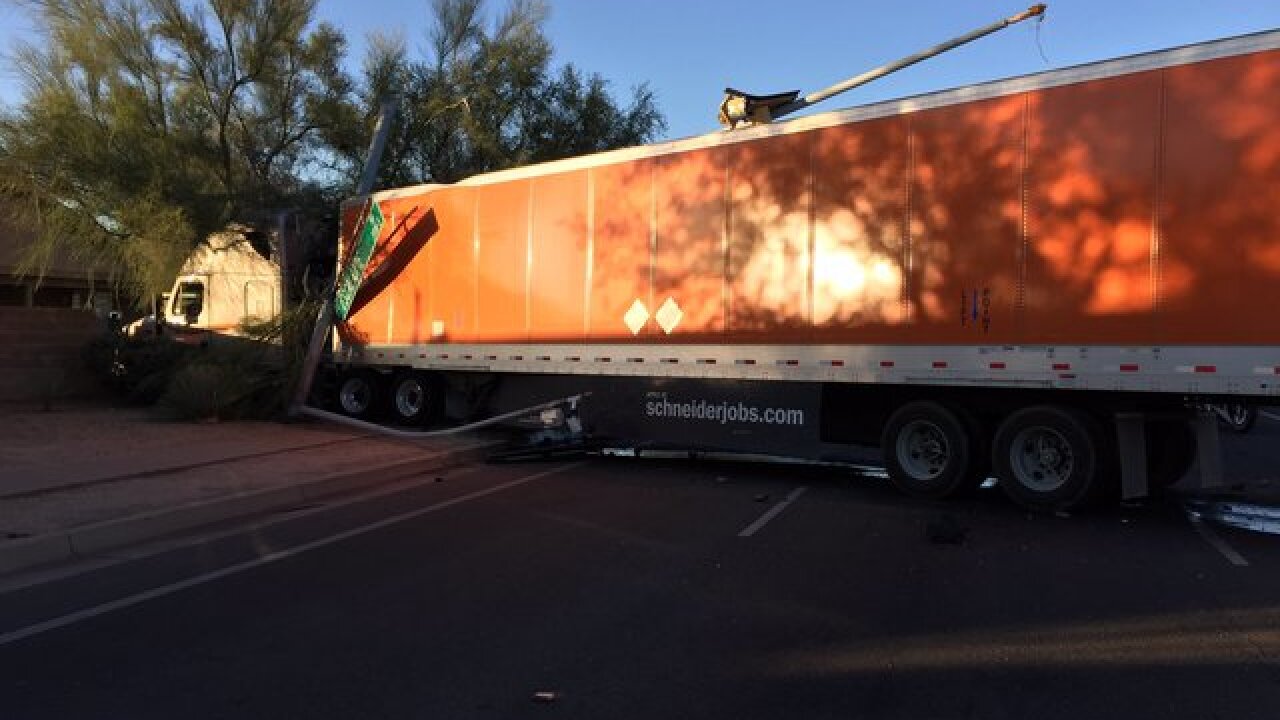 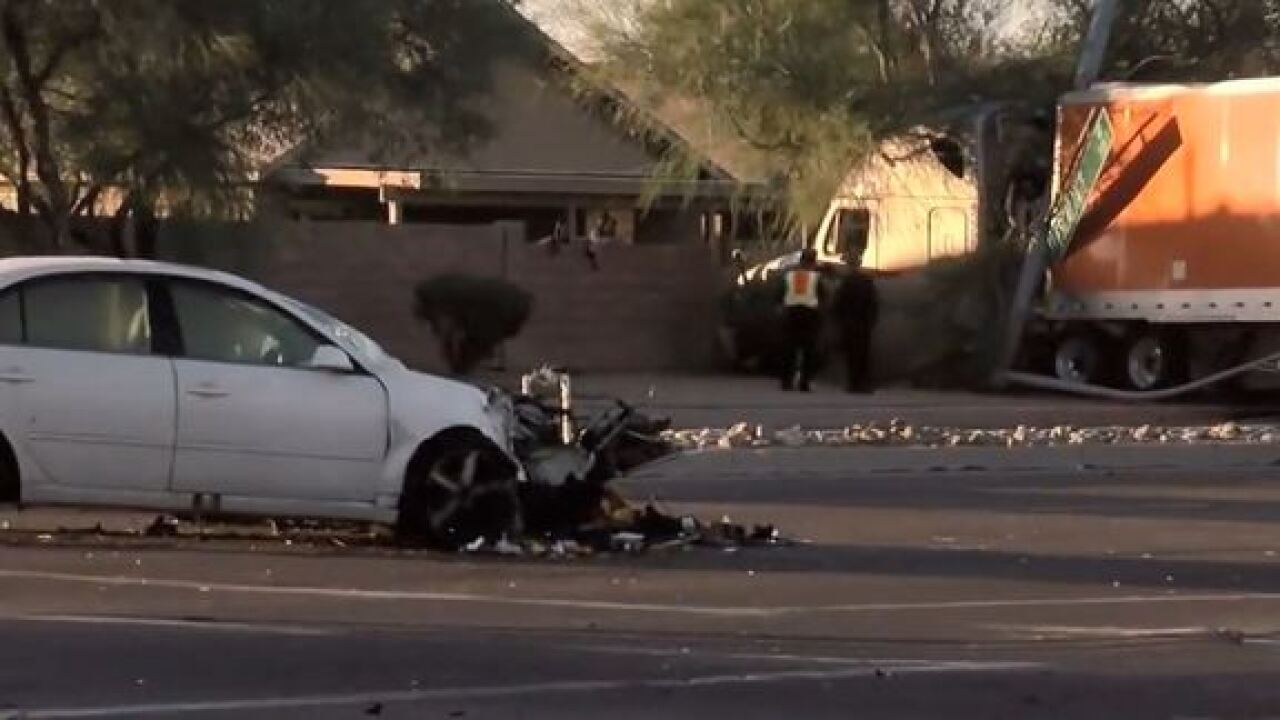 A crash involving a semi-truck and other vehicles has shut down the intersection of Kolb and Escalante.

Officer Smith with TPD says the semi-truck went over a median and sideswiped multiple vehicles.

TPD says emergency vehicles are at the scene. No injuries have been reported at this time.

KGUN 9 has a crew on the way to the scene and will have more information as it becomes available.

🚨🚧Traffic Alert🚧🚨
S. Kolb and E. Escalante has been completely shutdown due to a collision involving a Semi-truck vs a passenger car. Traffic lights down. It’s very orange out there. Use an alternate route, as this could be shutdown for hours. pic.twitter.com/5suh8my1pT