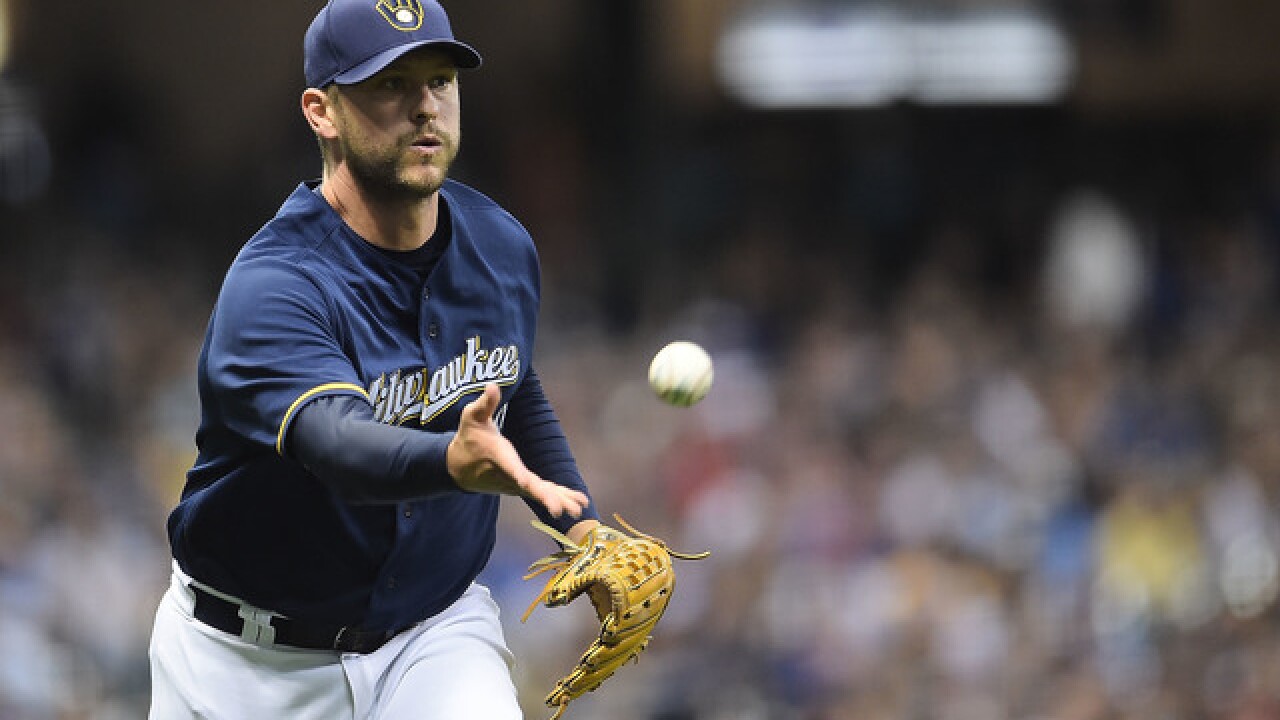 Copyright 2017 Scripps Media, Inc. All rights reserved. This material may not be published, broadcast, rewritten, or redistributed.
Stacy Revere
<p>MILWAUKEE, WI - AUGUST 15: Jared Hughes #48 of the Milwaukee Brewers tosses the ball to first base during the seventh inning of a game against the Pittsburgh Pirates at Miller Park on August 15, 2017 in Milwaukee, Wisconsin. (Photo by Stacy Revere/Getty Images)</p>

Pima County is making a push to bring professional baseball back to Tucson.

County officials sent a 17-page package to the Milwaukee Brewers last week in an effort to bring the Major League Baseball team to Kino Sports Complex for spring training.
Kino served as the Chicago White Sox's spring home from 1998-2008 and hosted the Arizona Diamondbacks from 1998-2009.
The Brewers train at Maryvale Baseball Park in Phoenix, but the team's contract is year-to-year. The team has recently pushed for a move to Gilbert, but Mayor Jenn Daniels was not interested in the idea of spending taxpayer money on the facility.
The Brewers state they've discussed a new, long-term lease in Maryvale, but are looking to expand attendance, which is limited in Maryvale.
Copyright 2017 The Associated Press. All rights reserved. This material may not be published, broadcast, rewritten or redistributed.