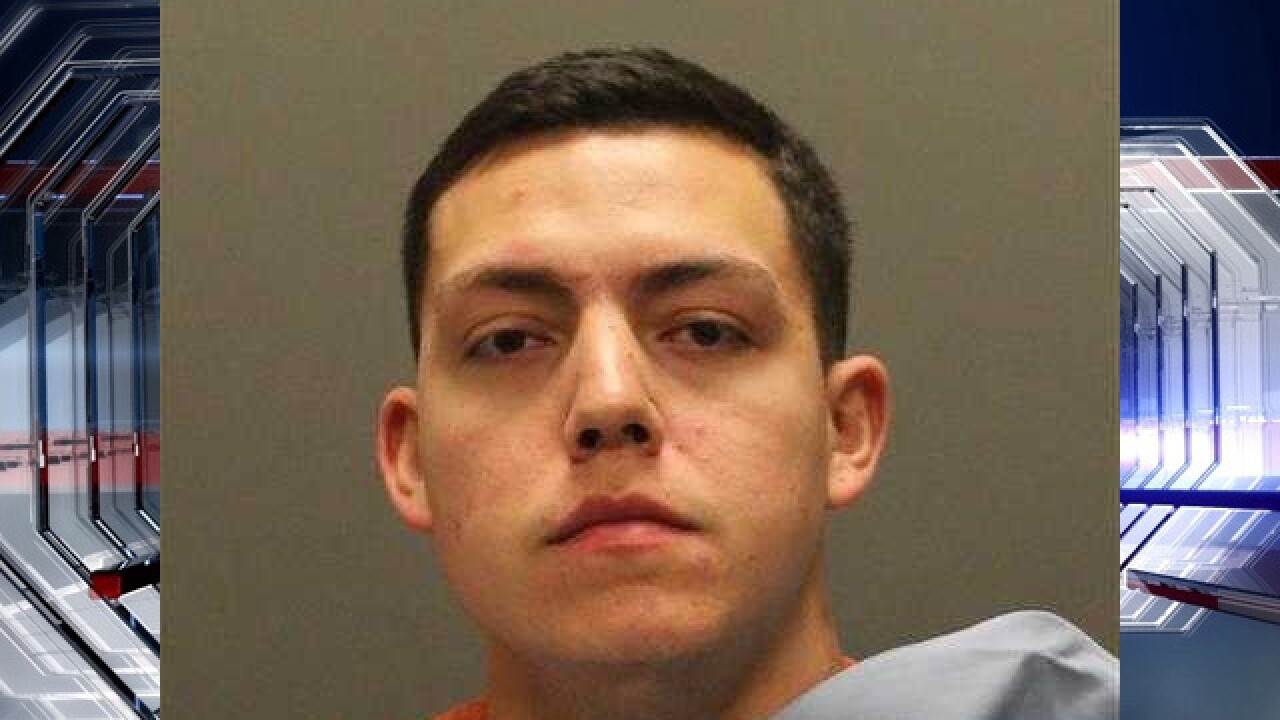 A Pima County Corrections officers was arrested in connection with drug transportation charges.

According to the Pima County Sheriff's Department, 27-year-old Martin Lopez was arrested Wednesday for transportation of narcotics and promoting prison contraband.

A corrections officer who worked at the county jail, ended up spending a night there. I shadowed that officer 6 months ago to find out what it’s like to work there. He was arrested for transportation of narcotics and promoting prison contraband. @kgun9 pic.twitter.com/faEyuGXZ2Z

Lopez's arrest was the result of a week-long investigation based on a tip to the Pima County Sheriff’s Department Office of Professional Standards.

"We have a zero tolerance stance to anything like this, and we investigated it very aggressively," PCSD Deputy James Allerton said. "This is an unusual incident for the Sheriff's Department and for the jail."

Lopez had been employed as a corrections officer for about 11 months.

Allerton explained this kind of thing is extremely rare, and says the department doesn't typically have a need to "police" their corrections officers.

"We don't consider our corrections officers as people that we need to police," Allerton said. "This again, was an unusual incident."

The investigation is ongoing, and Lopez's arrest was not connected to the dismissal of three other officers for probationary failure.

Those with more information should call 911 or 88-CRIME.