General Mills is going back to the '90s with one of its most popular cereal brands. 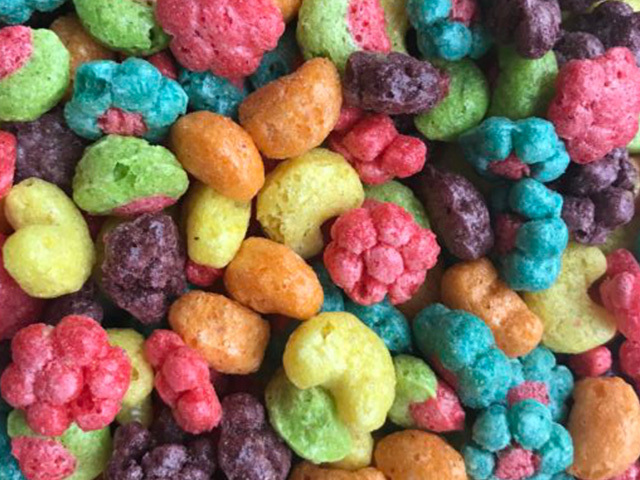 According to a press release, between 1991 and 2006 the bright colored cereal lined store shelves before returning to its original ball-shaped form.

After bringing back the bright colors, our fans have not stopped telling us what they want next, says Scott Baldwin, director of marketing for General Mills Cereal. We have heard from an overwhelming number of Trix fans who have been calling, emailing and reaching out on social media telling us that they want fruity shapes back. Kids of the 90s can rejoice, their fruity shapes are back in Trix.

The fruity shapes are only available in the U.S. and will return to stores this month.