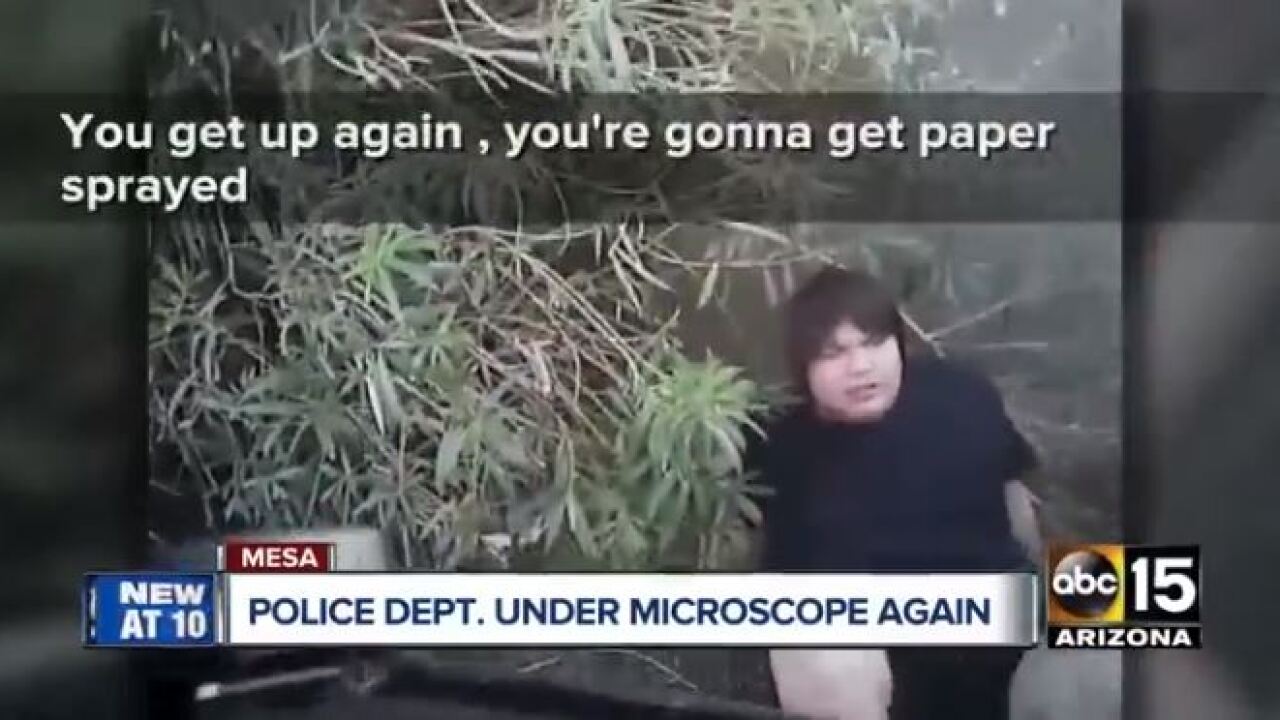 MESA, Ariz. — Brandon Hicks, 23, is the latest to challenge the force used by a Mesa police officer this year.

He has filed a notice of claim with the city, an initial step before a lawsuit, over an incident back in May.

Officers approached him in a parking lot near Extension and Baseline Road while investigating a hit-and-run.

His arrest report says officers found him sitting next to his car, which was damaged, and a breath test recorded a .229 BAC. Police say he initially gave a false name and later refused officers' commands before being told to sit down.

Body camera video shows one officer shove Hicks to the ground as his ankle gets caught and twists on the curb beside him.

"When you push someone over and they end up breaking their ankle, it’s not unfair to ask them to pay," said Hicks' attorney, Joel Robbins. Robbins says the claim filed with the city is for more than $200,000 in damages.

Robbins says while the officers actions may not be considered inherently violent compared to past incidents involving Mesa officers, he calls it reckless and a reflection on the department.

The FBI is already looking deeper into several other use-of-force incidents involving Mesa officers, examples Robbins says he hoped the department would learn from.