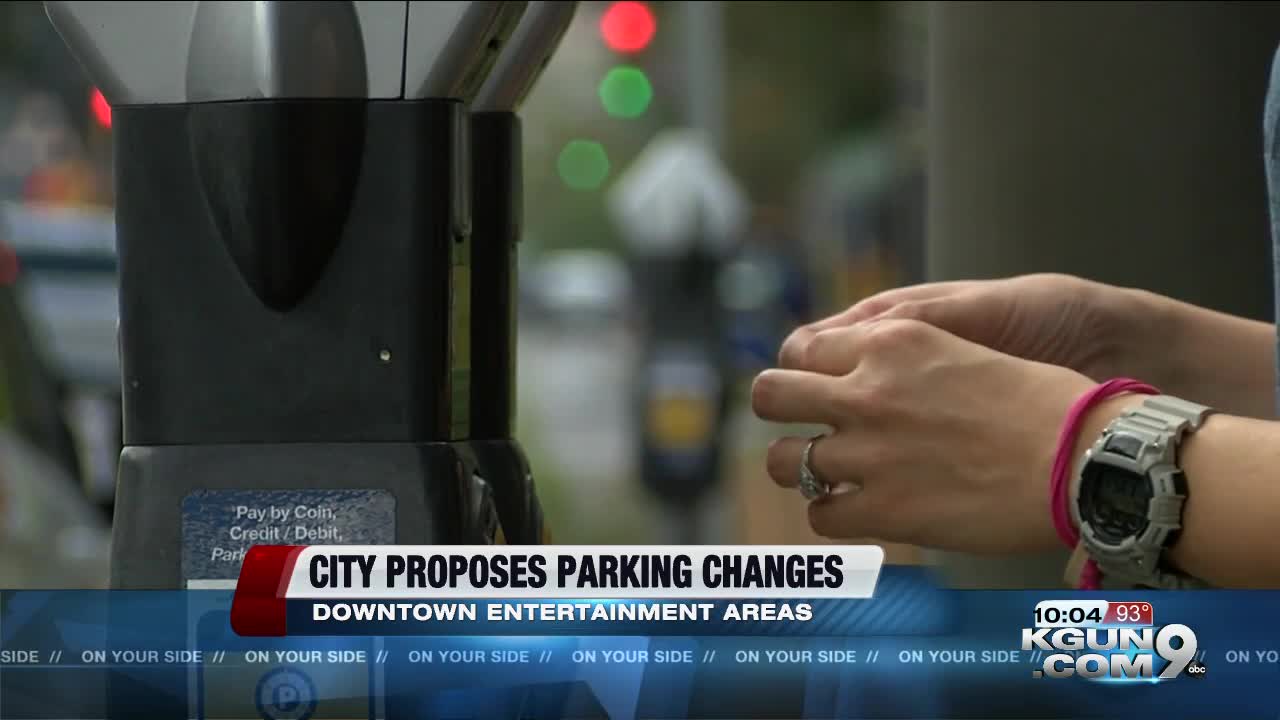 Finding a parking spot on the street in downtown Tucson is not so challenging during the day, when the meter is enforced. But during nights and weekends, it's a different story. 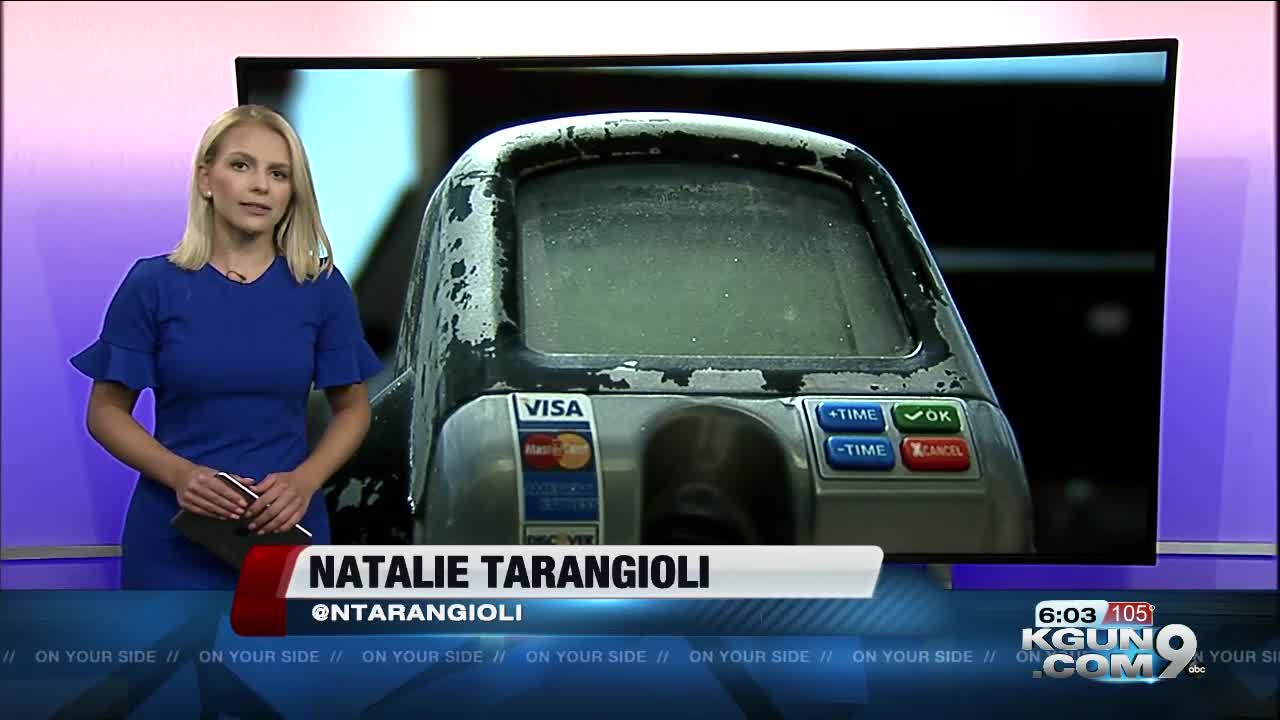 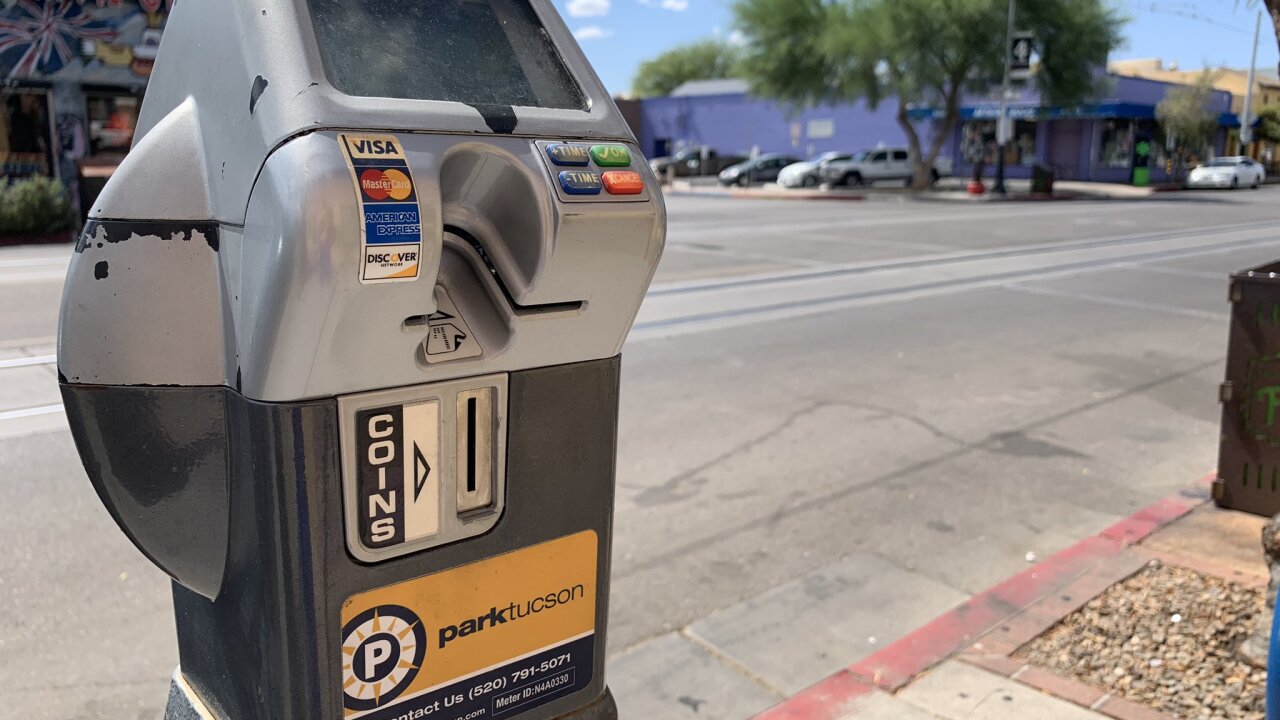 TUCSON, Ariz. — Finding a parking spot on the street in downtown Tucson is not so challenging during the day, when the meter is enforced. But during nights and weekends, it's a different story.

That's what city officials want to change. They are proposing enforcing metered hours longer, and adding meters to areas that are currently free in the entertainment districts, including Fourth Avenue, downtown, and Main Gate Square.

Last year, Park Tucson studied the peak parking times in these areas. What they found, is most areas had fewer spots open when the meter was free.

"In the Congress Street entertainment district, the peak parking time, on average over the course of a week, was Saturday night at 7 p.m.," Don Durband, with Park Tucson said.

Durband says the changes aren't about generating more revenue, it's about making parking more available for customers, and in turn, increase business.

But Fred Ronstadt, the executive director for the Fourth Avenue Merchants Association, says what the city is proposing would hurt businesses in the area.

Ronstadt says he would like to see a parking garage added, or more surface parking.

Durband says the city may take individual approaches to each district. And free parking won't completely disappear -- areas a few blocks away from the districts would be free to park.

The city is currently planning meetings with stakeholders before bringing the proposal to the mayor and council. No meetings are scheduled just yet.