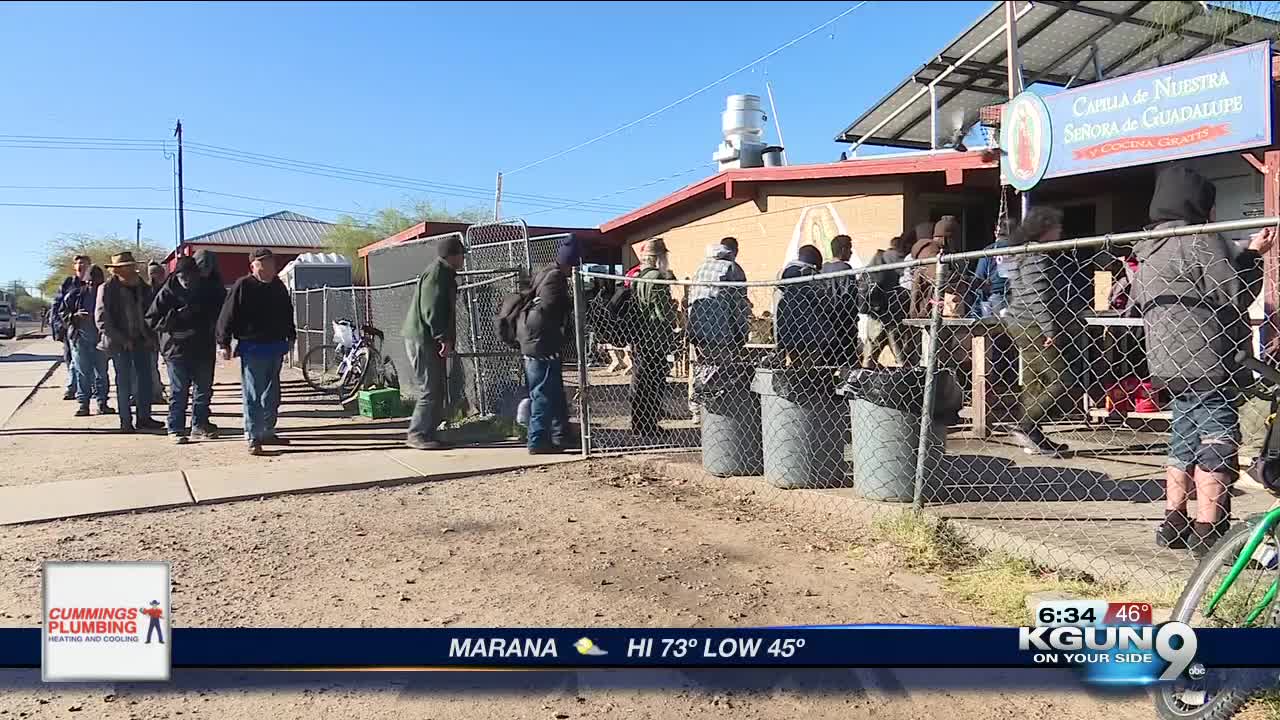 For Casa Maria Soup Kitchen, the fight against hunger and homelessness has been going on for decades.

TUCSON, AZ — For Casa Maria Soup Kitchen, the fight against hunger and homelessness has been going on for decades.

Brian Flagg has been working for Casa Maria since 1983 and says he has dedicated himself to a life of service.

"I'm from Los Angeles, when I was 22 years old I became a Born Again Christian and my whole life changed and after that I wanted to serve so myself living here and working here since 1983 and before that I worked for two years at the Catholic Worker in Sacramento, it's a way to take one's faith and take it out of the church, out of the ivory tower if you will and on to the street."

Except for Thanksgiving and Christmas, Flagg says Casa Maria hands out packed lunches and soup every single morning.

Every day dozens of people line up outside of the soup kitchen's doors to receive help. Flagg says over the years he has seen how Tucson's change in housing prices has impacted several families.

"Things have changed in the downtown. Now the most expensive place to rent or to own is downtown and that is pushing the whole dynamic south where it's hard to find a place to rent and to buy around here and our fear is that poor people are going to be displaced, families that have lived here for generations are going to be displaced and we're standing up and trying to to talk to people about it and figure out how to change that."

Once the soup kitchen closes at noon, Flagg says he continues welcoming people at his home across the street where he takes the packed lunches that remained.

Flagg says his faith in God and desire to positively impact his community drives him to keep going.