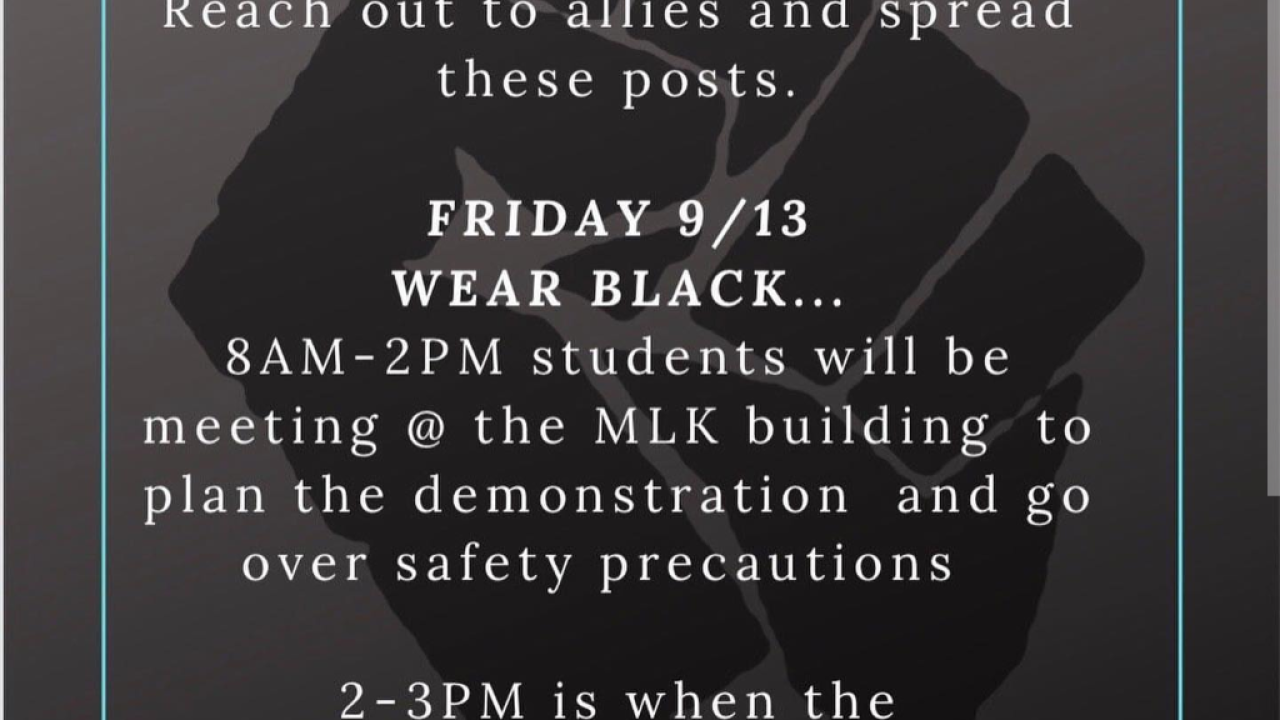 TUCSON, Ariz. — The University of Arizona officials have announced an active criminal investigation is underway and two students in custody after reports of a hate crime at its Tucson campus.

The university's Black Student Union student group says a protest is scheduled for Friday after a black student was assaulted and called racial slurs by two white students Tuesday.

Union members say the two students were not arrested, but directed to a social justice diversion training program led by campus police.

The university website says the diversion program is a voluntary educational program that interrupts the criminal process for misdemeanor citations issued at the Tucson campus.

In a news release Thursday, University of Arizona Police Chief Brian Seastone said the two students were arrested that day and charged with class 1 misdemanor assault. He said the case will go to the Pima County Attorney's Office for review.

None of the students have been identified.

University President Robert Robbins says racism, bias and violence are not tolerated on campus and the school is pursuing all avenues of justice.

The demonstration will start at 2 p.m. outside the administration building.