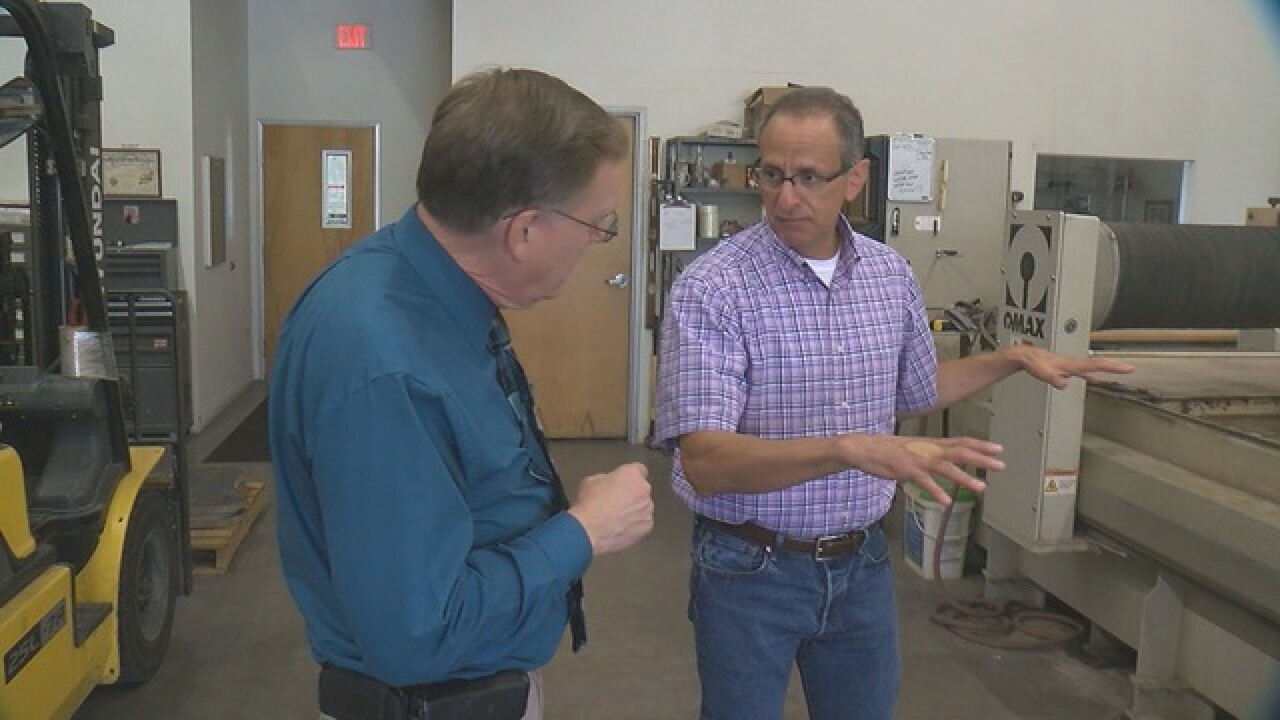 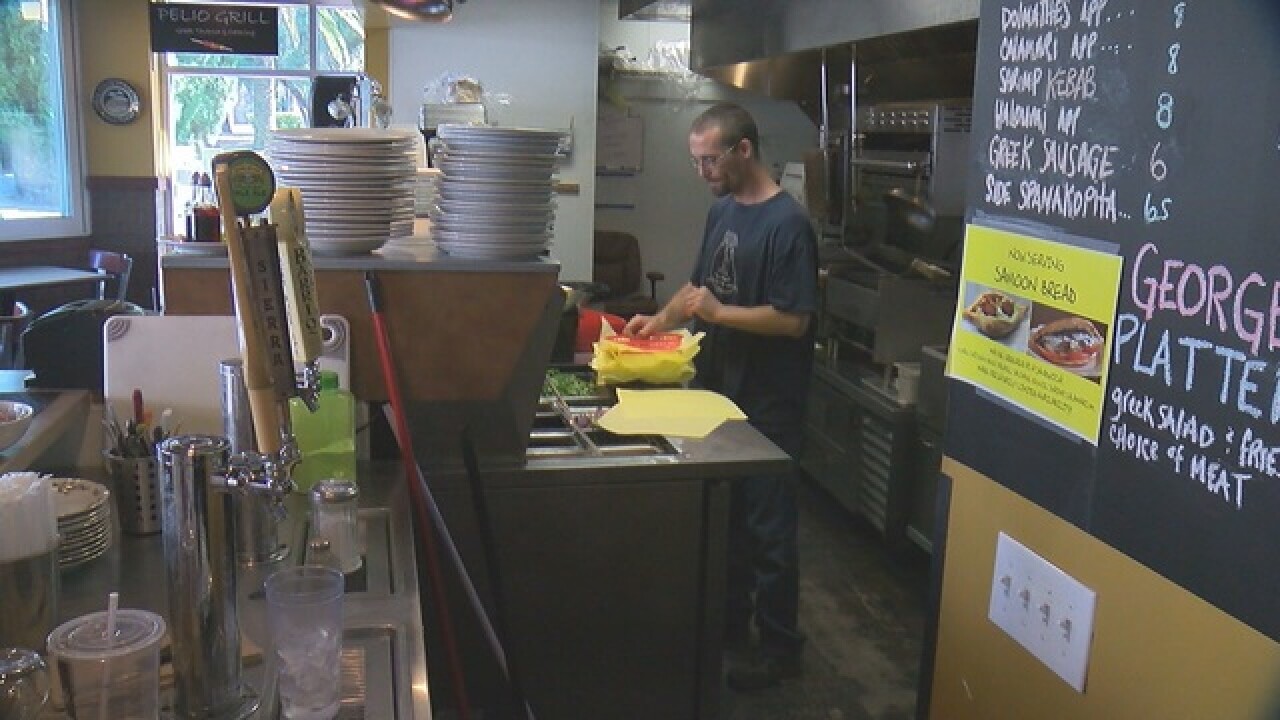 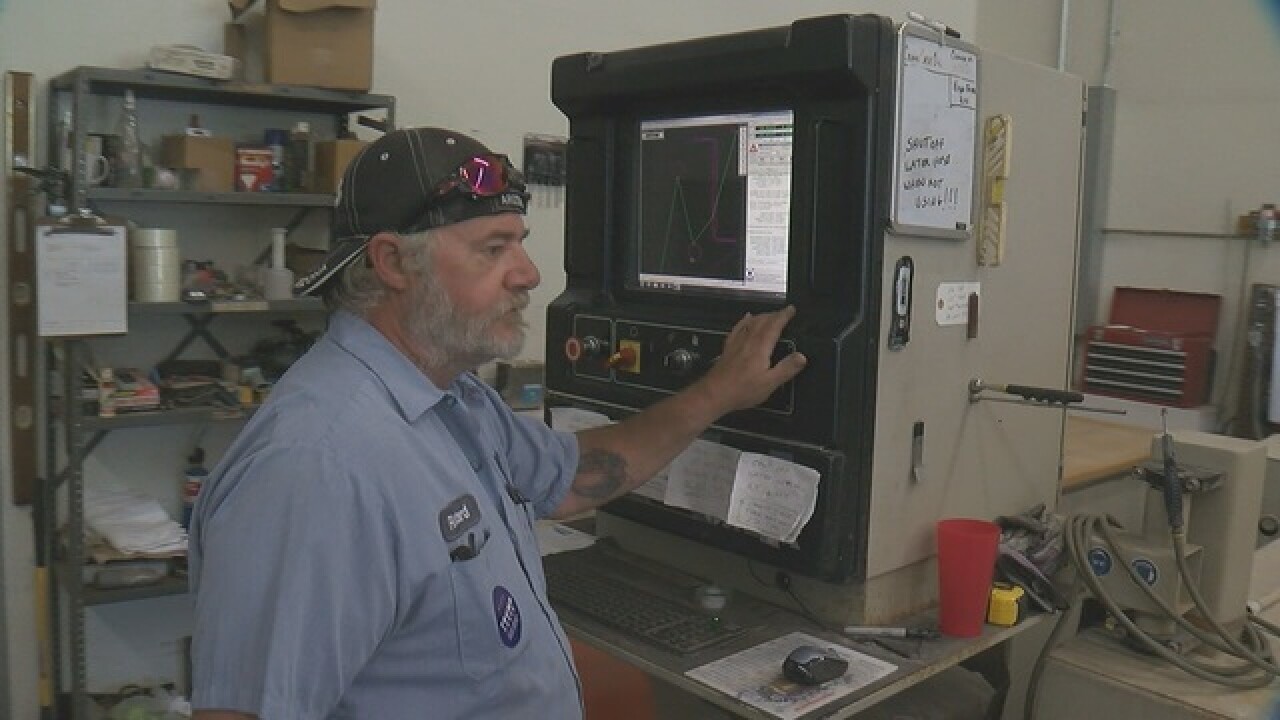 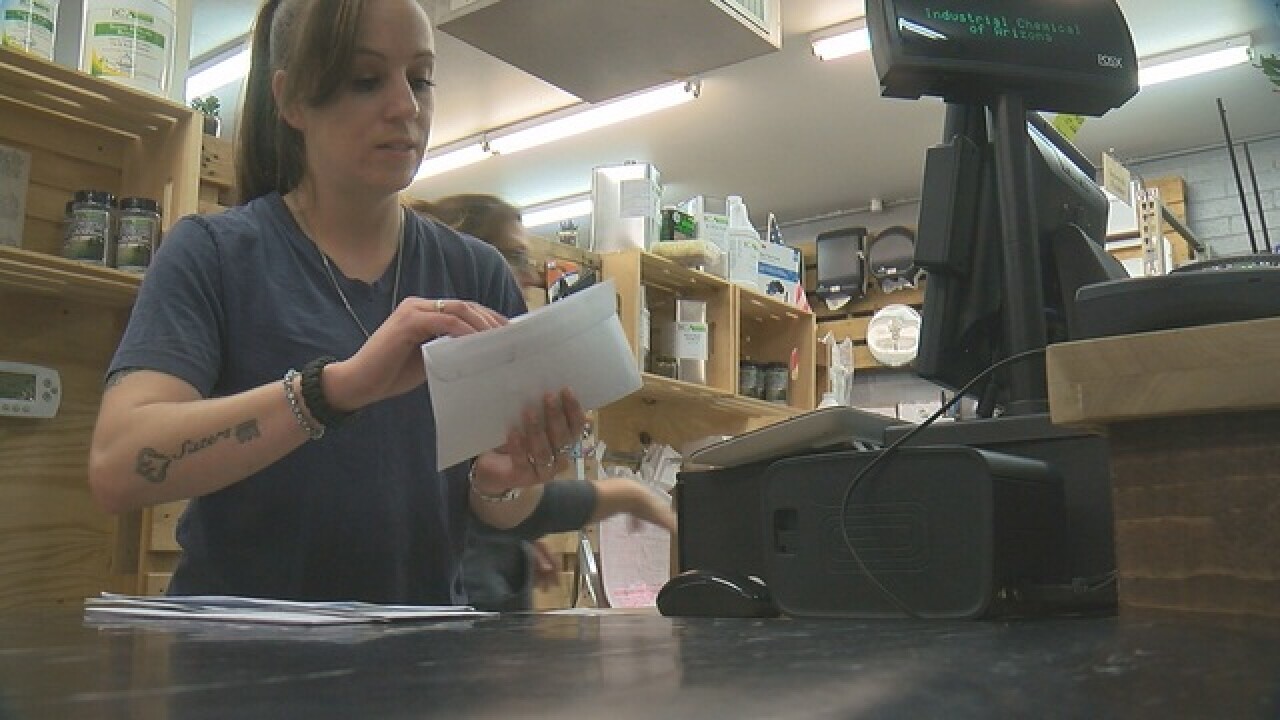 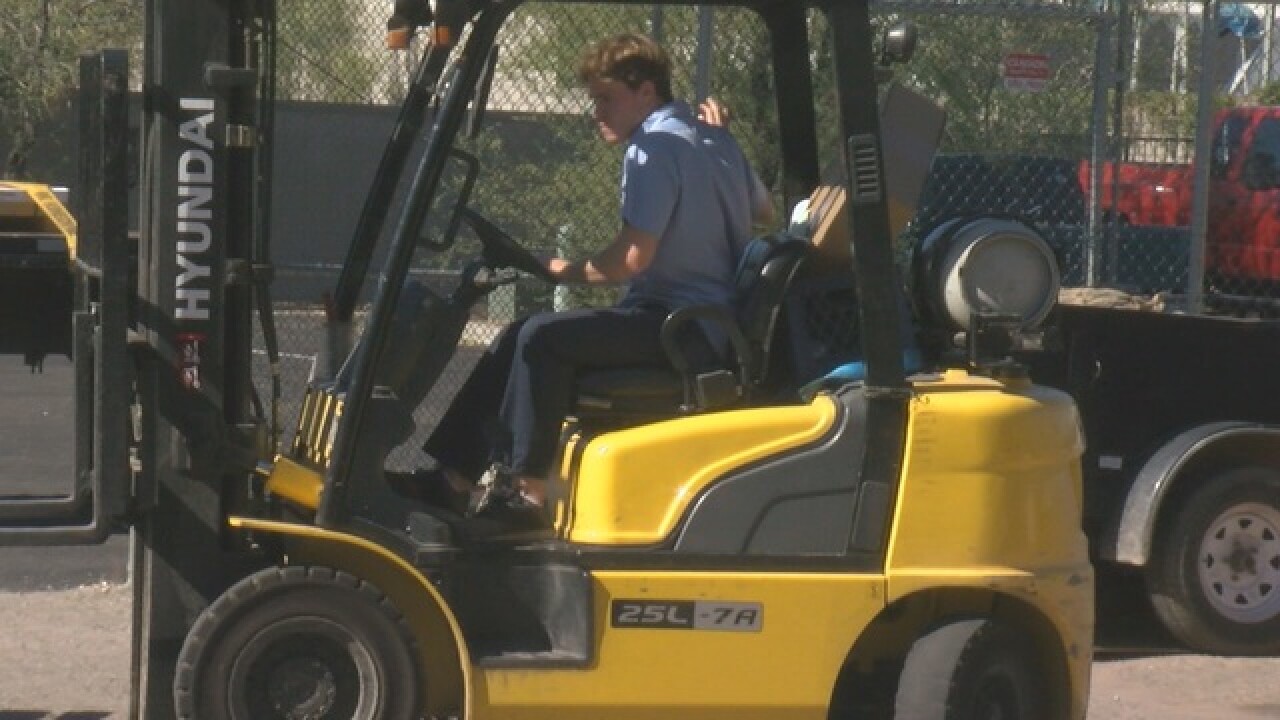 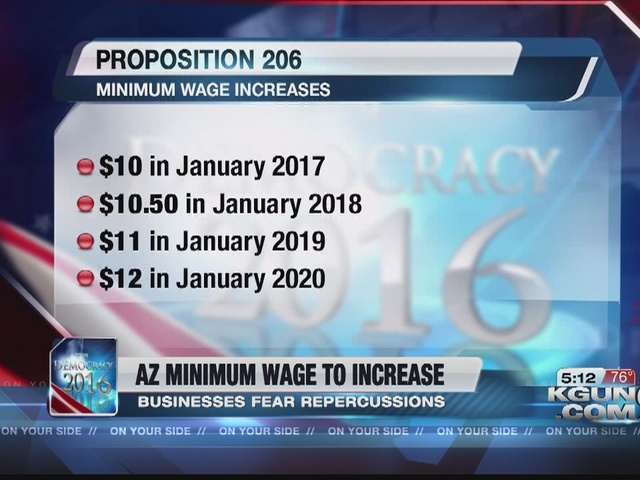 By: Craig Smith
Posted at 7:13 PM, Nov 09, 2016
TUCSON (KGUN9-TV) - Voters can pick a President, but can they also give you a raise?
That's what Arizona voters did when they passed Proposition 206.  One-point-one million voters decided Arizona businesses should raise minimum wage as of New Year's Day.
Advocates say families needed the raise desperately to afford the basics of life and not need to work two and three jobs to survive.
767 thousand voters thought raising the minimum was a bad idea.
Now business owners are worried about how they'll live up to the law.
At HT Metals Carlos Ruiz and his workers use sophisticated machinery to cut metal into precision shapes.  He was already paying his workers twelve dollars an hour to start.
He says now that the new law sets ten dollars as the cost of an entry level job, that could create demands to push up all wages and jack up his costs.
“'This might happen to everybody and we'll have to raise prices.  Now there's gonna be issues where maybe one of my competitors who's a little bit larger may be able to absorb that and it may cost me to be less competitive in the marketplace."
But advocates say they can't feed a family on $8.05 an hour.
Here's what the new law requires:
-A ten dollar minimum wage as of this January.
-$10.50 the following year.
-$11.00 In January 2019
-$12.00 in 2020
Raises would tie to the cost of living after  that.
At Pelio Grill George Markou felt it was good business to pay more than minimum and hold onto good workers but now he worries current workers will demand more and suppliers may charge more to cover their higher payrolls.
He thinks that may force him to charge more for food and that could drive off customers.
"I don't know yet.  Really time's gonna tell.  We're just gonna have to try it and if you see me in a year closed then you'll know why."
Cleaning supplies are a specialty at Industrial Chemical of Arizona.  Owner Amanda Tobak worries a higher minimum wage could clean out her customers.
"I have a lot of customers who are in the very competitive business of residential and commercial cleaning. They already have really low margins and they're in a competitive industry so this really will hurt them in that they're going to have to make cuts to come up a 49 percent increase in their labor costs."
Some bosses worry when the minimum wage goes up workers with higher pay will want a raise too.
At Industrial Chemical of Arizona Michele Cole says, “Here I've been here almost a decade and I've worked so hard to get to the wage that I am now that when they raise minimum wage I feel like I'm going to be starting back at step one again."
But advocates for the raise suggest with more money to spend, more money will roll through the economy and put everyone ahead.
Copyright 2016 Scripps Media, Inc. All rights reserved. This material may not be published, broadcast, rewritten, or redistributed.