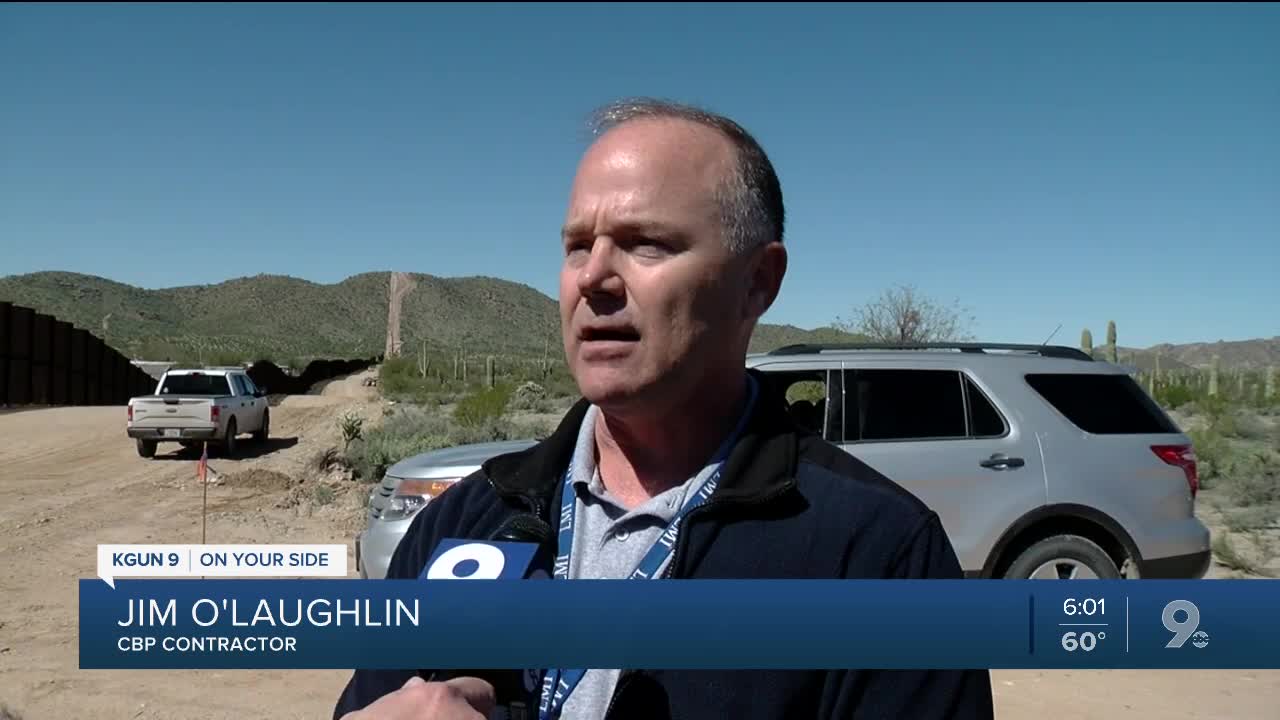 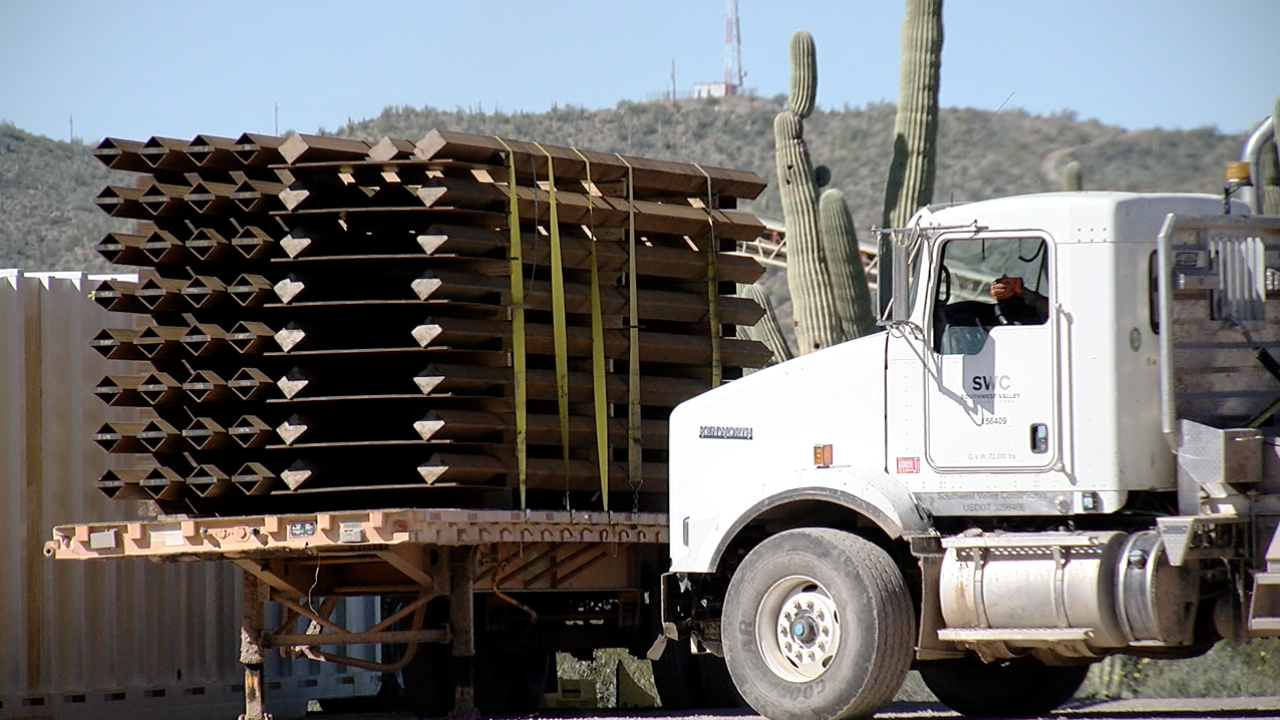 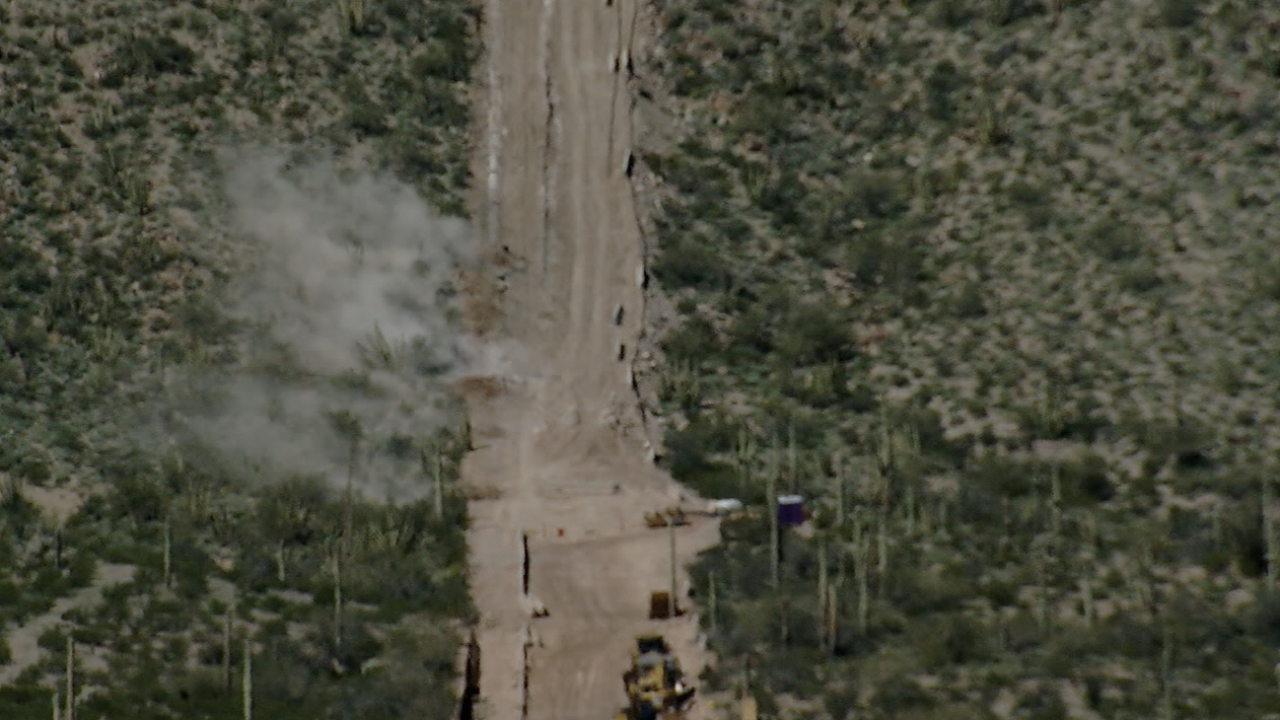 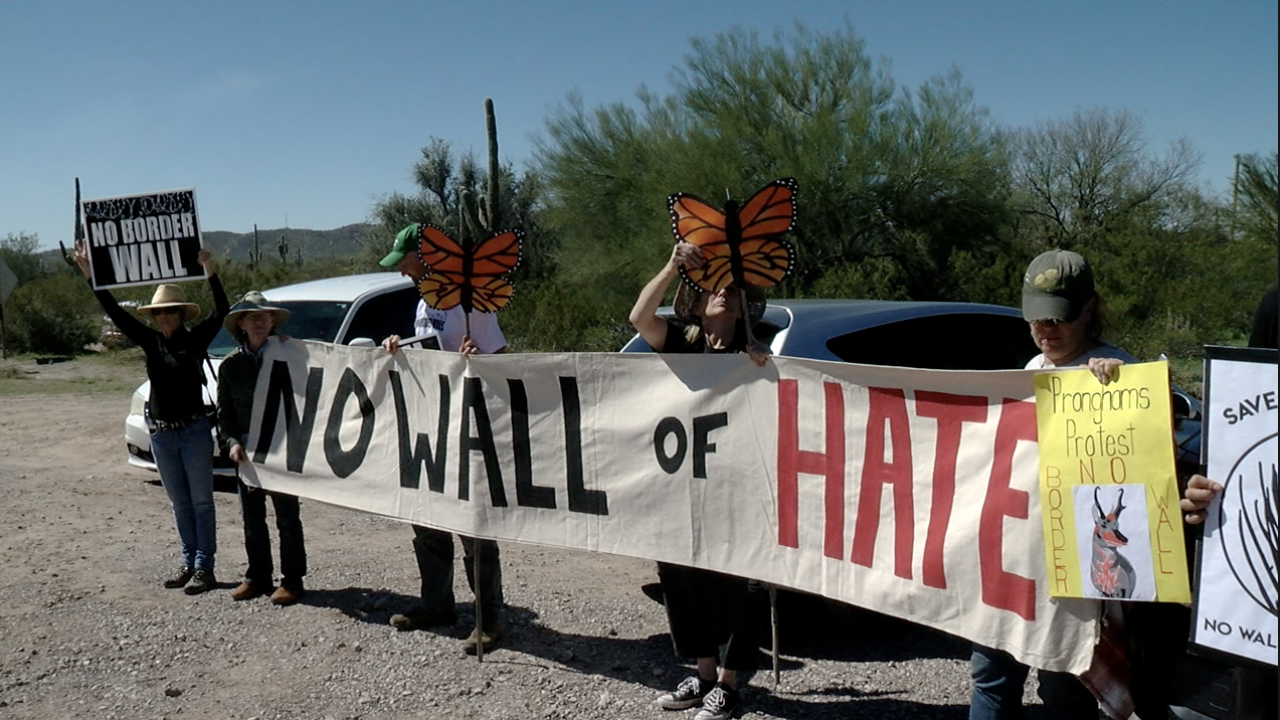 ORGAN PIPE NATIONAL MONUMENT, Ariz. - The Border Patrol’s taken a lot of heat for efforts to expand the border wall—-and there’s probably no spot hotter than the project in the Organ Pipe National Monument.

Wednesday the Patrol invited media to the site to try to show it is doing sensitive, environmentally responsible work as it expands the border wall.

The Tohono Oodham regard Monument Hill as sacred so they see it as an insult that government crews are blasting to prep the ground for more fence.

The government let media witness a detonation to try to make the point that the explosions are small and well controlled. Viewed from a distance the explosions produced a low rumble and small clouds of dust.

Jim O'Laughlin is a contractor who oversees all the border wall projects financed with Defense Department money.

He says, “This is looked at as actually less damaging than some of the other ways and even some of the hydraulic hammers you can use will not break through some of this so this is the fastest most efficient way to get it done.”

The government says it's found no tribal graves on site.

"All of these same things that we are talking today were presented to them at that point and we've not had those concerns at that time."

The Center for Biological Diversity is suing to end those waivers.

Laiken Jordahl from the Center says, “As those suits are working their way through the courts there's an immense amount of irreversible damage that's being done.”

Environmentalists dispute the government's claim that wells drilled to get water for concrete will not affect a sensitive spring nearby. The Center for Biological Diversity says Quitobaquito Springs is home to two endangered species, the Sonoyta mud turtle and the Quitobaquito pupfish.