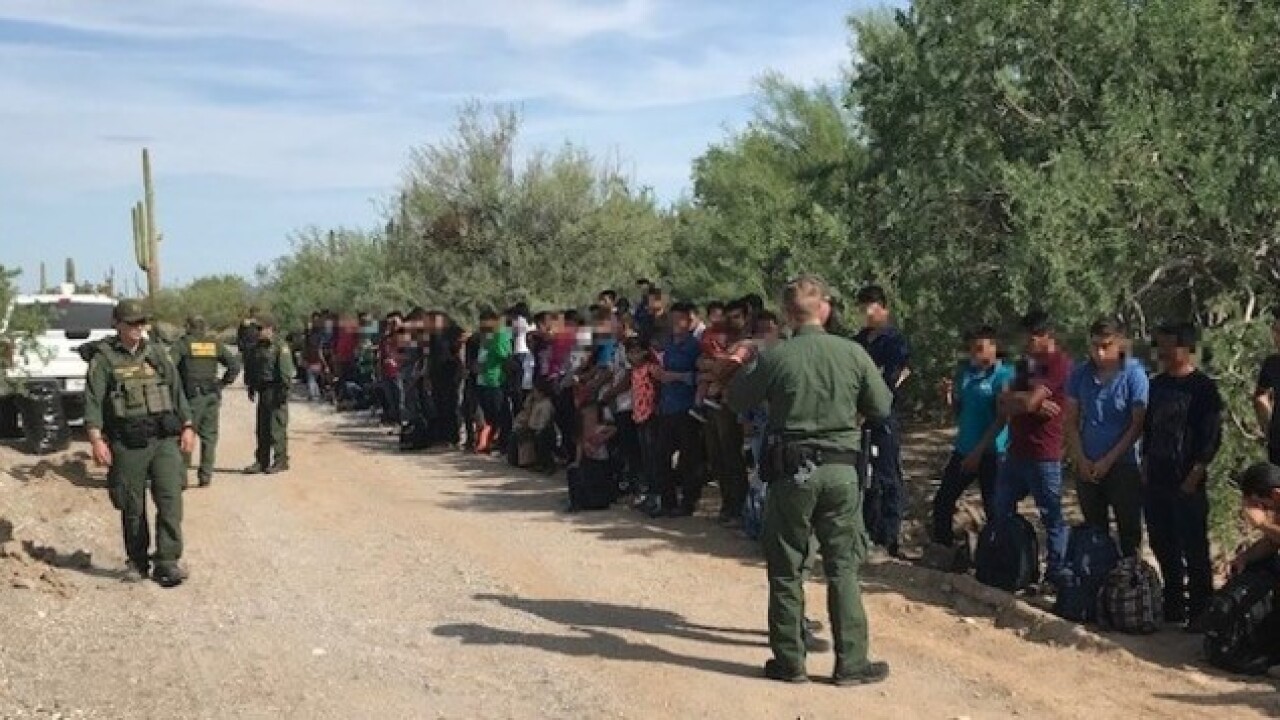 Border Patrol agents encountered a group of 128 undocumented immigrants west of the Lukeville Port on Friday.

According to U.S. Customs and Border Protection, the group included adults and children, some as young as 4-years-old, from Guatemala, Honduras, El Salvador and Mexico.

The group was medically evaluated and determined to be in good health.

CBP says the immigrants were turned over to the Enforcement Removal Operations within Immigration and Customs Enforcement.

The Border Patrol’s mission is to protect U.S. borders between official ports of entry but agents are equally concerned with the safety of anyone they encounter. Tucson Sector Border Patrol officials continue to publicize warnings about the dangers of entering the U.S. illegally; especially during the summer months when desert temperatures can exceed 120 degrees, CBP said.