Bogus bills hit Tucson -- how do you spot them?

Watch your wallet! Bogus bills are turning up around Tucson and if someone sticks you with a worthless bill, you are out the value.

Bogus bills are turning up around Tucson, and if someone sticks you with a worthless bill, you are out the value.

The good news is it's fairly easy to spot the bogus bills and refuse to take them.

Criminals passing the bills are using fakes so easy to spot, and they depend on your carelessness to let the bills get by you.

Here’s what you need to know to avoid being a victim.

Sometimes people call counterfeit cash funny money, but there's nothing funny about this.  Even if you got a bad bill by honest accident, you'll lose the face value and maybe spend time with police or someone like Secret Service Agent Glenn Dennis.

"We're going to seize the note.  You lose the note, but we're not going to charge you criminally. However, if we find you have multiple notes and you're committing crimes, you have the intent to commit crimes and defraud somebody we're going to look to get you charged locally or Federally."

You don't have to be an expert to be sure you have a legitimate bill. You can tell by eye, and by feel. Real ones have hard to copy features built in.  Besides the face in plain sight, there's another you can see when you hold the bill up to the light, and on real bills, you can feel the texture of the ink.

Lucky for us a lot of the fakes are such obvious fakes they're easy to spot and turn down. 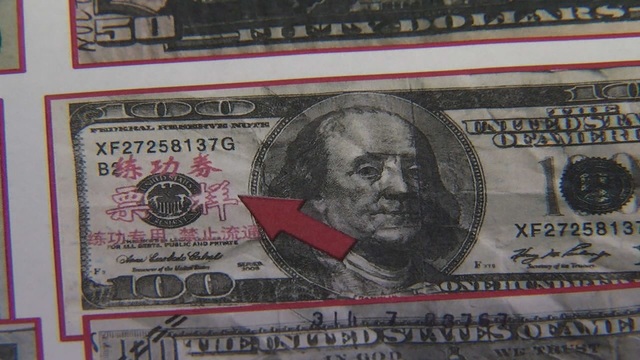 They're stamped with Chinese or Russian writing.

Some of them clearly marked as fake money to be used in movies. Agent Dennis says the criminals count on you not paying attention. 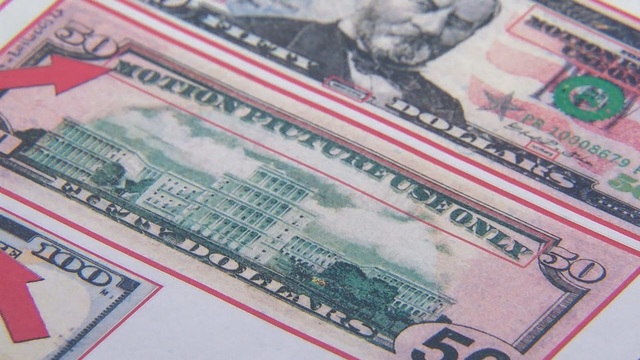 "People that deal with a lot of currency or large quantities of currency they take the bills, they don't take a lot of time to stop and examine it, and they end up with the notes by accident."

And Agent Dennis says anytime you're making a cash deal, like a Craigslist sale, pay extra attention to each bill to make sure it's not bogus.

The Federal Government posts plenty of on-line guides for spotting counterfeit, including guides from the Secret Service, a joint program of the Secret Service, Federal Reserve, and  the Bureau of Engraving and Printing.  The Treasury Department offers advice on what to do if you think you've encountered a fake bill or someone trying to pass it.

By the way, if you've wondering why the Secret Service is fighting counterfeiting, that was its original mission. The Service was originally part of the Treasury Department.  It was formed to fight rampant counterfeiting at the end of the Civil War.  Its better known mission of Presidential protection formally began after President William McKinley was assassinated in 1901.