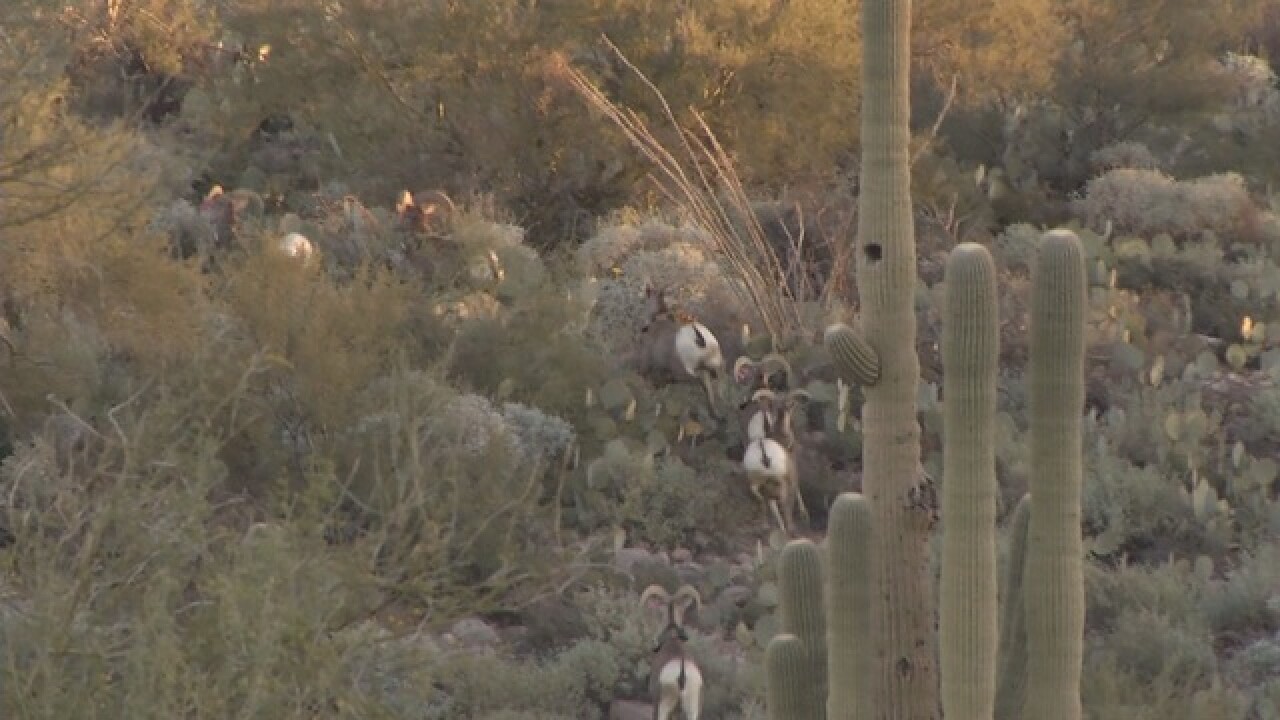 The Arizona Game and Fish Department says it recently conducted an aerial survey over the silverbell mountains where they spotted 160 sheep and a mountain lion.

AZGFD says they now estimate the population there at over 400 sheep -- the largest among the four ranges near Tucson.

The department released video of the survey on Twitter Tuesday morning:

@azgfdTucson saw more than 160 bighorn sheep, and one mountain lion, doing a aerial survey in the Silverbell Mtns. recently. The herd there is the largest among four ranges near Tucson. The area’s bighorn pop. is now estimated at 400+. pic.twitter.com/7DgjaimD5W