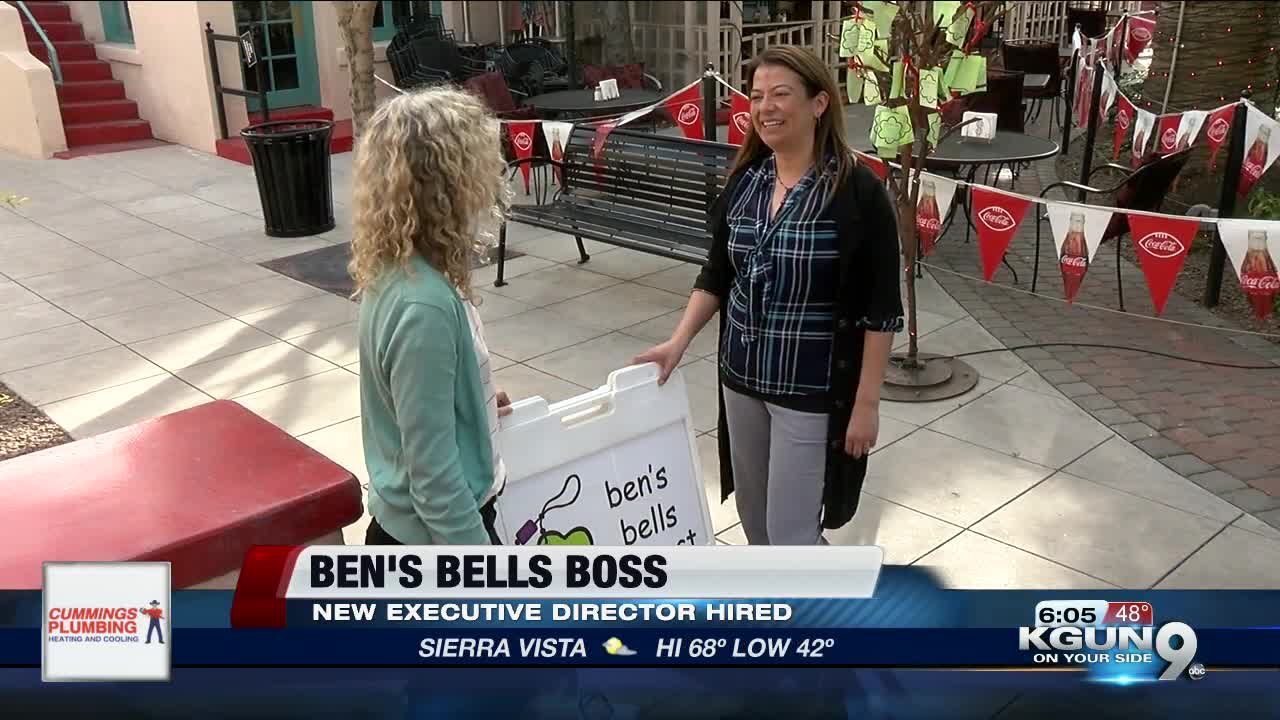 Ben's Bells is welcoming their new incoming executive director after several months of sifting through applicants. Helen Gomez, who currently works at the University of Arizona, will be taking over the role as executive director of the beloved organization.

Jeannette Mare, the outgoing executive director, and founder of Ben's Bells told KGUN9 she's excited to allow someone else to take the reigns of the organization which will allow her to get back to doing what she loves, engaging the community.

Gomez said she's known of Ben's Bells for as long as she can remember, adding the message the organization sends is just one of the many reasons she wanted to take on the job.

"I love the mission, I love what they do, I love their work and so I decided to apply," Gomez said.

She added that one of her favorite parts of the organization is what it teaches students.

"Probably the biggest impact that i've seen through Ben's Bells is through my kids' school because they are on a kind campus so that is constantly drilled into their, it's through everything they do at school, kindness is at the top of mind," Gomez said.

Gomez is set to take over the role soon, allowing Mare to devote her time to more community engagement.