How pecans go from the trees to your table 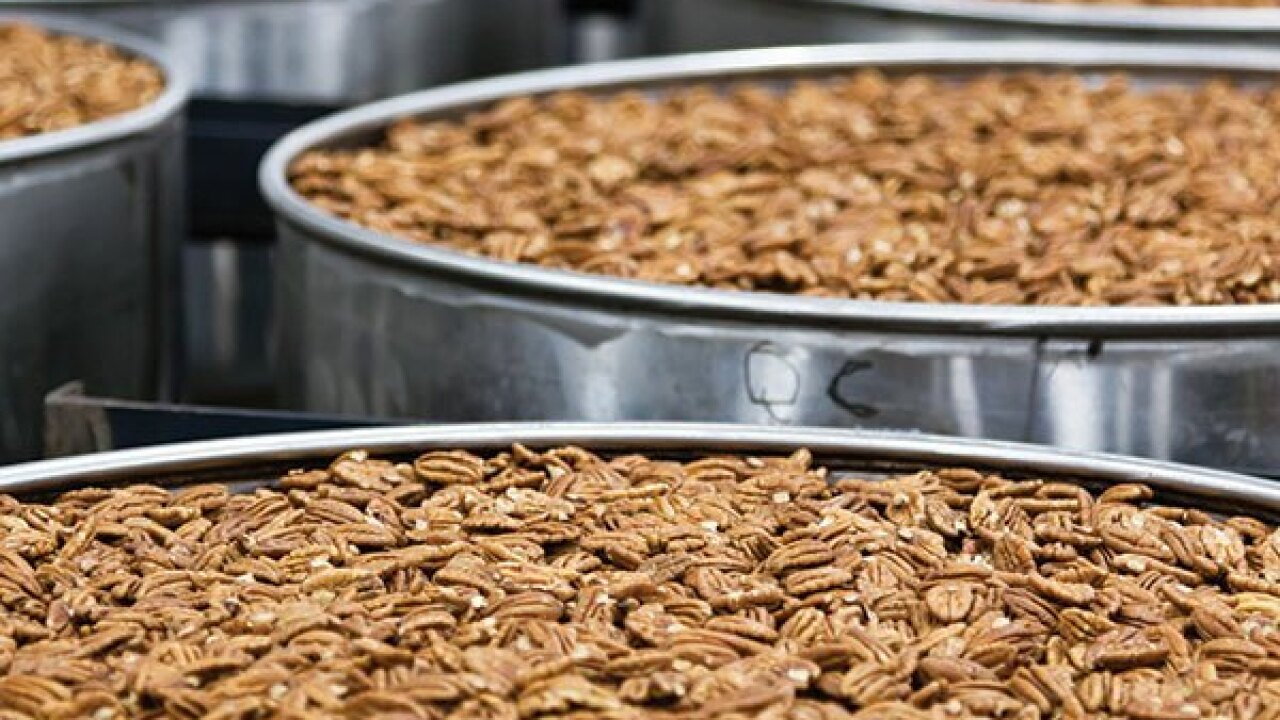 Green Valley Pecans
In anticipation for one of southern Arizona&#39;s favorite Fall events, the Sahuarita Pecan Festival, KGUN9 takes you on an exclusive behind-the-scenes look at the pecan operations.

In anticipation for one of southern Arizona's favorite Fall events, the Sahuarita Pecan Festival, KGUN9's Pat Parris takes you on an exclusive behind-the-scenes look at the pecan operations.

The long and impressive process of getting one pound of pecans inside a bag at the Green Valley Pecan Company began in the ground's orchard many years ago.

Deborah Walden-Ralls is the daughter of the current owner and granddaughter of the founder, who started the orchard. "The orchard was originally started in 1965 while my grandfather continued to grow cotton," Walden-Ralls tells KGUN9. She says in just three years over 400,000 trees were planted.

Now, the company has grown so large it even has a farm east of Willcox and one in Albany, Georgia. Walden-Ralls says with all three farms they grow anywhere from 10 to 13 million pounds of pecans in a year.

In fact, over the last fifty years the family has perfected how to take care of the pecan trees. From plenty of sunshine to the right amount of water and nutrients, there are many pecans to harvest.

In December, harvesting begins in Sahuarita where the pecan trees are shaken and swept up from the ground to be taken to storage. This is the first step in getting the nuts from the trees to your dinner table.

The pecans are then taking to the on-site processing plant where they are cleaned and processed. Since the site is a food processing plant, employees and all who enter the facility must follow the FDA and food monitoring act by wearing the proper attire.

Getting ready for the #greenvalleypecanfestival with a tour of the facility for @kgun9 pic.twitter.com/YBRXEIfol1

The first stop for the pecans is a heat pasteurization process then a series of machines and conveyer belts to remove the husks. Since the machines are "top secret" KGUN9 was not allowed a detailed look but did get to see the final results.

The pecans must undergo a final inspection by hand for quality assurance. The nuts must meet FDA, USDA and Green Valley Pecan Company's specifications.

Walden-Ralls tells KGUN9 the company employees over 300 employees and it takes everyone's hard work to get the pecans to your mouth. She says the company makes sure to have enough supply to process pecans throughout the entire year.

Since Keith Walden began operations back in the 1960's, the family and company has not taken a break. Deborah says, "the biggest thing about this farm that makes us so prideful is his [Keith Walden] entrepreneurship and ingenuity, and his forward thinking. He's passed that on to my father, and he's passed that on to us. We want to keep that going."

The Sahuarita Pecan Festival is this Saturday, Nov. 10. It is a free event.