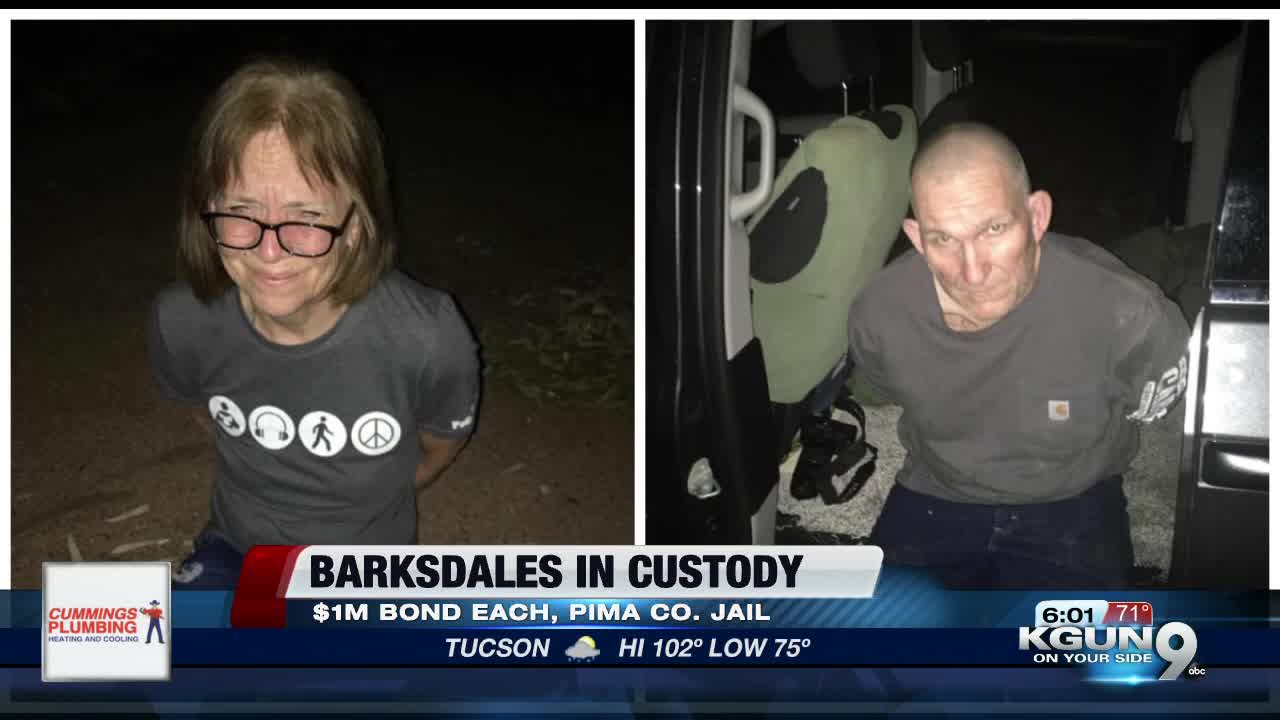 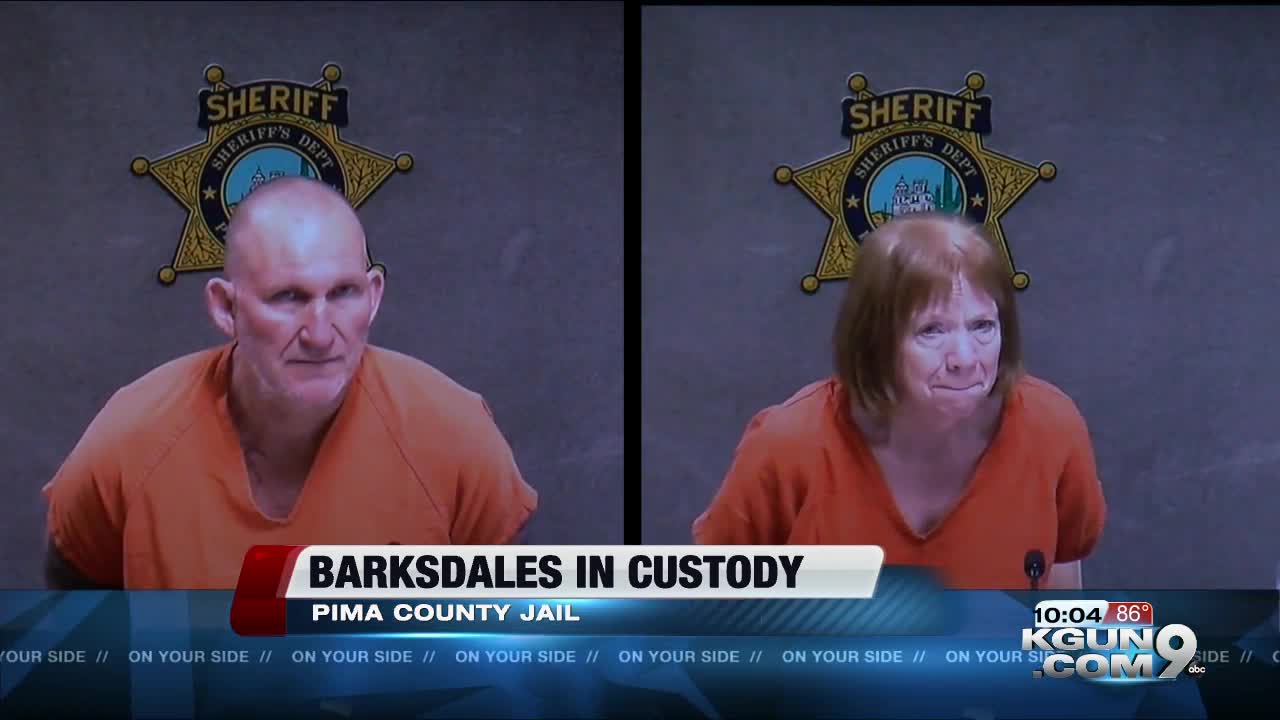 Thursday night, both appeared before a Pima County Judge to face charges in Tucson,

The Barksdales were read the charges against him and given a date for their arraignment -- no plea has been submitted at Thursday's appearance.

Thursday afternoon, the couple stood before a Federal Judge, cameras were not allowed in that courtroom.

First in was Susan Barksdale, who entered shackled at the wrists, ankles and waist.

As Mrs. Barksdale walked into the courtroom she was sniffling and wearing red scrubs and crocs.

She spoke with her defense attorney and began crying, was lead before the judge who then dismissed a Federal complaint against her.

She thanked the judge and was lead away thereafter.

He wore black and white striped scrubs, also shackled at the wrists, ankles and waist.

He sat with his defense attorney, stone faced, before appearing in front of the Federal Judge.

Both Barksdales will be held at the Pima County Jail with a recommended a million dollar bond each.