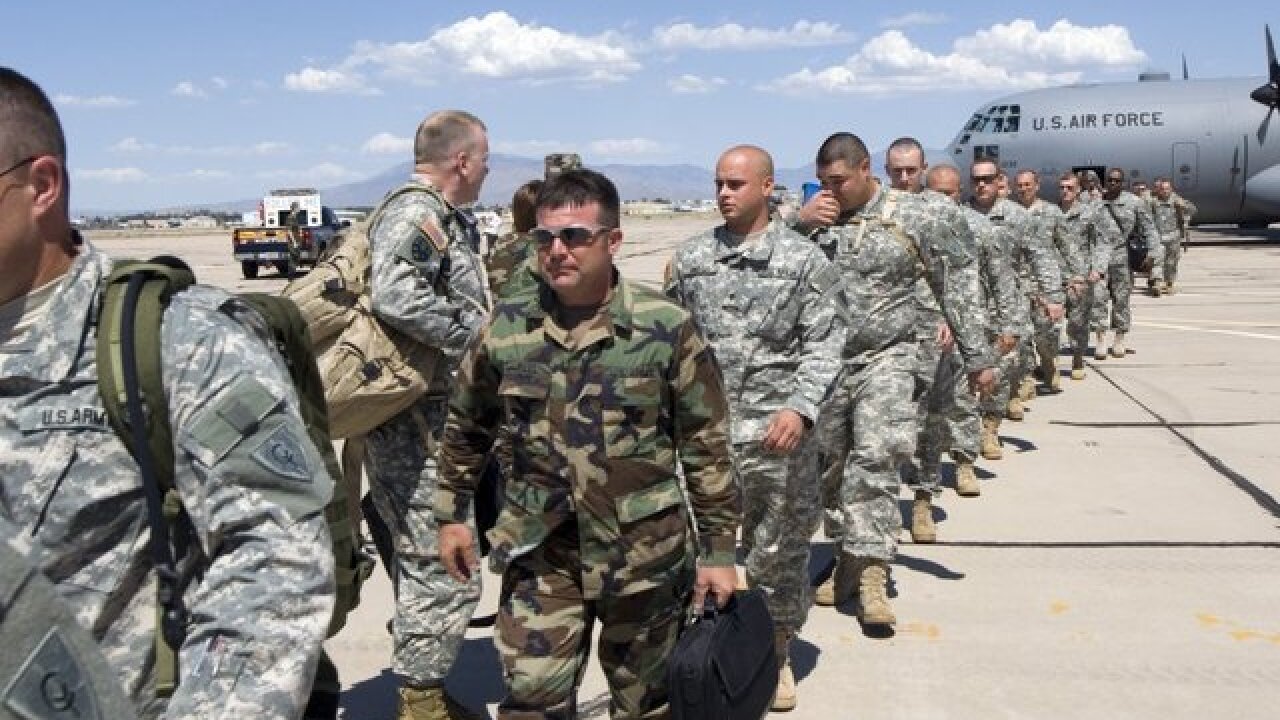 More than two dozen members of the Arizona Army National Guard are preparing to deploy to Afghanistan.

The Arizona National Guard will hold a send-off ceremony Tuesday morning at the Papago Park Military Reservation in Phoenix.

The soldiers are based in the 856th Military Police Company.

They will head to Afghanistan to serve a nine-month deployment.

Maj. Gen. Michael T. McGuire, the state's adjutant general, will be the keynote speaker at the 7 a.m. ceremony.