Arizona man gets probation for voting twice in 2016 election 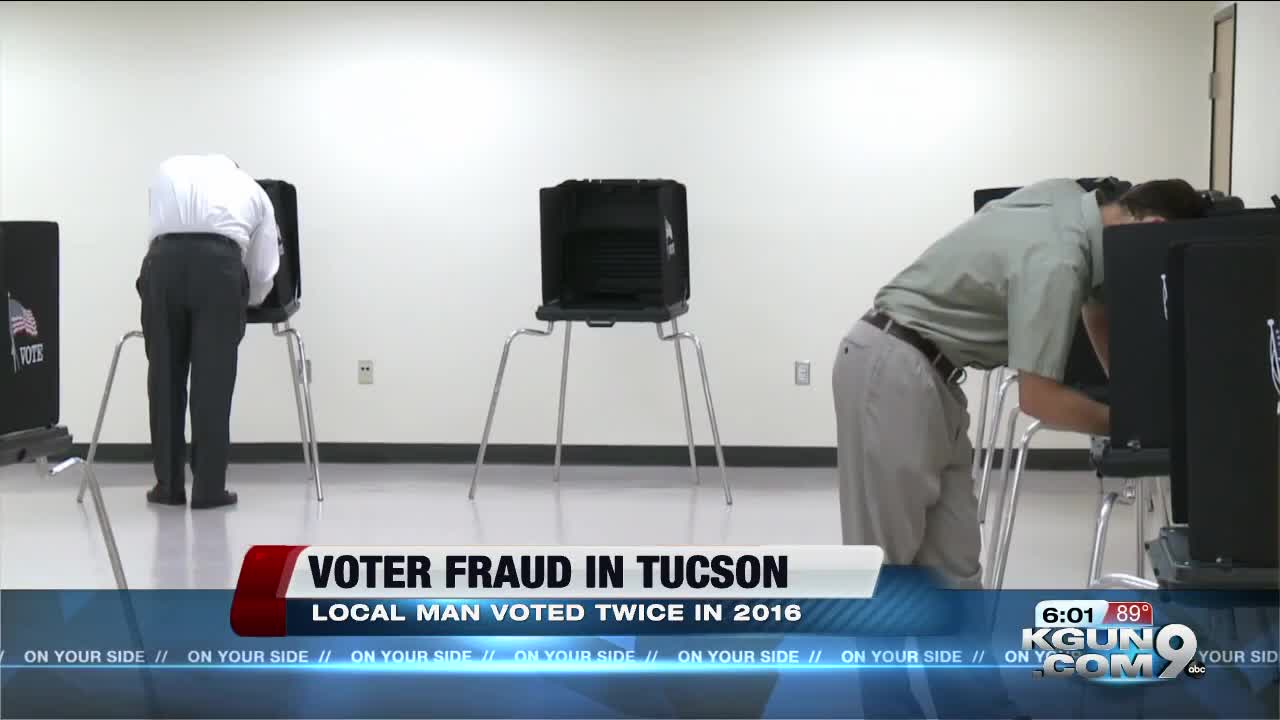 TUCSON, Ariz. (AP) - An Arizona man is getting probation for committing voter fraud in the 2016 election.

The sentencing comes after Greenfield pleaded guilty in August to one felony count of attempted illegal voting.

The registered Republican admitted to voting in Pima County and Washoe County, Nevada.

In addition to probation, he must pay a $2,500 fine and do 100 hours of community service.

Greenfield's illegal voting was discovered by the Secretary of State's Office last year.

It takes three seconds to cancel any duplicate voter registration within the State of Arizona.

"We're looking for people who voted twice as well as people who registered in two different locations," said Chris Roads, Registrar of Voters for Pima County.

That process isn't as fast when Roads and his staff at try to find people registered in Arizona and other states.

People like Richard John Greenfield who, according to the Arizona Attorney General's Office, cast a ballot in 2016 here and in Nevada.

"He was, in fact, able to kind of beat the system by neither county knowing that they registered elsewhere."

"By the time this was discovered it was already well after the election, both votes counted," Roads added.

On thursday Greenfield lost his right to vote for two years.

Roads says Greenfield was caught after an investigation into his voter registration uncovered those votes in Arizona and Nevada.

"We find a number of people in every election here that vote by early ballot and then attempt to vote again at the polling place."

Those fraudulent voters, Roads says, they can catch.

For voters registered in multiple states, Arizona had to join a database made up of several states to match their voter registers.

"The states actually pooled their resources together to create this matching program."

All in an effort to make voters think twice about voting more than once in the same election.

"You're allowed to vote once so one vote's considered legal and one would be considered illegal."