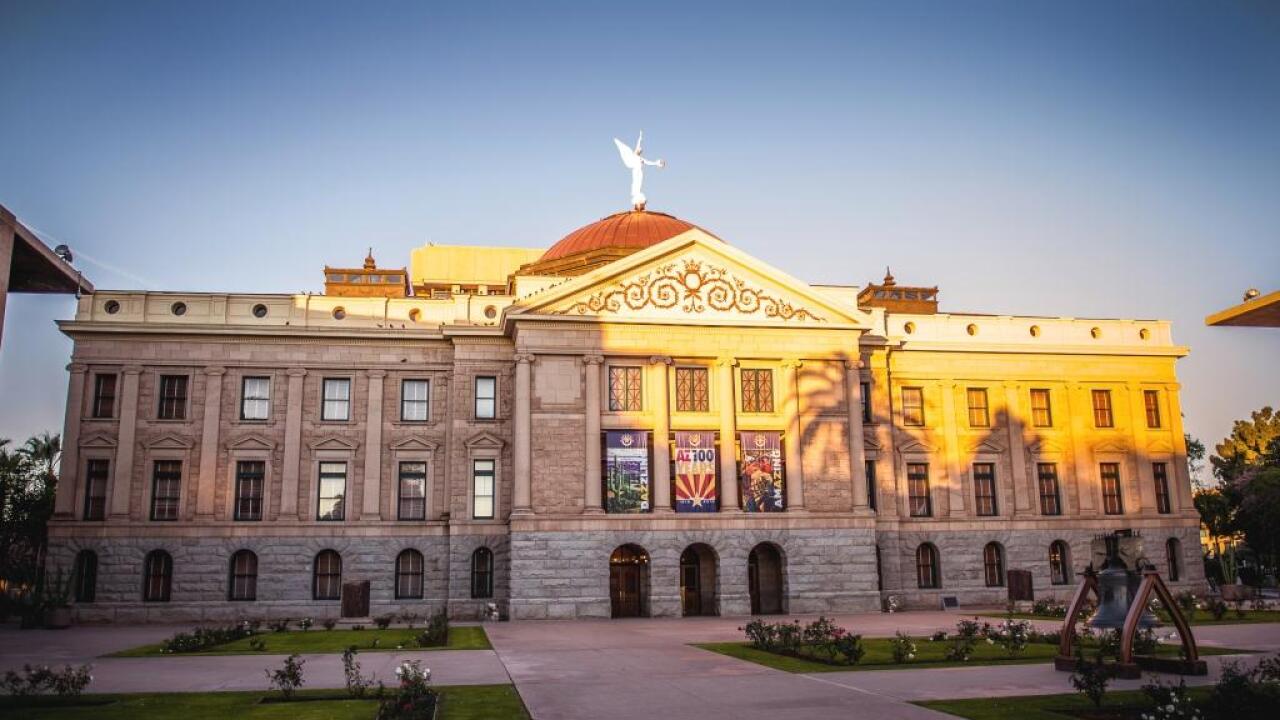 The Arizona Capitol building in Phoenix.

PHOENIX - Arizona cities and counties would not be allowed to ban new natural gas hookups under legislation moving through the Arizona Legislature.

The House approved the measure on Wednesday in a 35-25 vote, and a similar bill is moving through the Senate. The push comes as more than a dozen cities in California have banned natural gas hookups in new construction to help combat climate change. Arizona Republicans say they want to head off a similar effort in Arizona because homeowners should be allowed to make the decision for themselves.

Democrats say the state shouldn't tie the hands of cities and counties to do what they think is best.