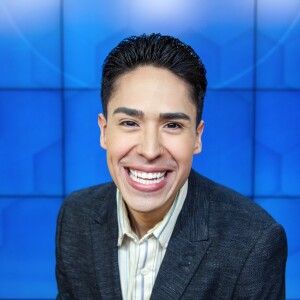 TUCSON, Ariz. (KGUN) — A gunman killed 14 students and a teacher at a Texas elementary school on Tuesday, according to Texas Gov. Greg Abbott.

Police said the gunman, an 18-year-old man, was killed at Robb Elementary in Uvalde, which is about 85 miles west of San Antonio.

Texas Gov. Greg Abbott issued a statement saying, “What happened in Uvalde is a horrific tragedy."

Governor Doug Ducey has ordered staff at all state buildings to lower the flag to half-staff, paying respect to the victims.

"Our prayers are with the parents, families, students and staff of Robb Elementary in Uvalde, Texas at this unimaginable time,” said Governor Ducey. “Today’s events are heartbreaking and soul-wrenching. We are thankful for the heroic efforts of medical professionals, law enforcement and community members who responded so quickly. In honor and remembrance of the victims, flags at all State of Arizona buildings will be lowered to half-staff until sunset, Saturday, May 28.”

“Gabby and I are heartbroken for these families who just had their lives forever devastated by gun violence. I know how helpless a person can feel when their family is impacted in this way. I know that every parent whose kid came home from school today in Texas, Arizona, and in every community across the country is hugging them a little tighter. It infuriates me that Americans have come to expect that their federal government will once again react to the murder of schoolchildren by doing nothing. Politicians in Washington spend countless hours fighting about nothing, but when it comes time to act on an issue that is unique to the United States and demands a response, they find a million reasons not to. There are commonsense reforms we can pass to reduce gun violence that align with our rights and traditions and are supported by Americans across the political spectrum. The best thing Washington can do right now is take these steps to make our communities safer. After witnessing yet another tragedy, Arizonans are right to expect action from Washington, they should demand it, I know I will.”

Congressman Raúl M. Grijalva reflected on the impact mass shootings have had in schools across the U.S., offering his position on a path forward:

“Eighteen children and three adults had their futures stolen from them today. They were murdered in yet another senseless act of gun violence. The community of Uvalde is shattered and will never be the same again. And like the community of Uvalde, I mourn and grieve for their loss. I give thanks to the swift actions of first responders and ask for healing for the injured and comfort for the families and parents who are experiencing the unimaginable. Uvalde now enters the same tragic catalogue of senseless mass shootings like Columbine, Sandy Hook, and Parkland.

I recognize that thoughts and prayers aren’t enough. Our grief must not go unanswered. We have the opportunity to end Congress’ adopted gun policy of nothing and insanity - doing the same thing over and over and expecting different results. Parents shouldn’t be afraid to drop their kids off at school and our children shouldn’t have to learn in fear. Militarizing our schools and other public venues and arming teachers aren’t solutions, but proliferation of more weapons and a reminder of our policy failures to act on gun violence.

Other Arizona leaders at the local, state and national levels have taken to social media to share their thoughts.

This is heartbreaking and soul wrenching. Our prayers are with the parents, families, students and staff of Robb Elementary in Uvalde, TX at this unimaginable time. Thankful for the heroic efforts of medical pros, law enforcement and community members who responded so quickly.

My heart breaks for the children, families, teachers and the entire community of Uvalde, Texas. As a mom, no parent should ever endure the loss of a child to such a horrific mass shooting.

We are horrified and heartbroken by the senseless tragedy unfolding at Robb Elementary School in Texas and grateful to the first responders for acting swiftly. No families should ever have to fear violence in their children's schools.

My heart breaks for the children, families, and parents in Uvalde.

We've seen this too often and know it's not enough to send thoughts and prayers.

When will enough be enough? Our Country has failed on taking action on gun violence and innocent people pay the price. From Buffalo NY to a TX elementary school - we have a responsibility to act. I send my prayers to all families impacted. It's horrific. https://t.co/ho1IczL8Gd

Our prayers are with the victims and their families of the despicable act of violence in Texas this afternoon. We must all stand together against evil and those who target our most vulnerable.