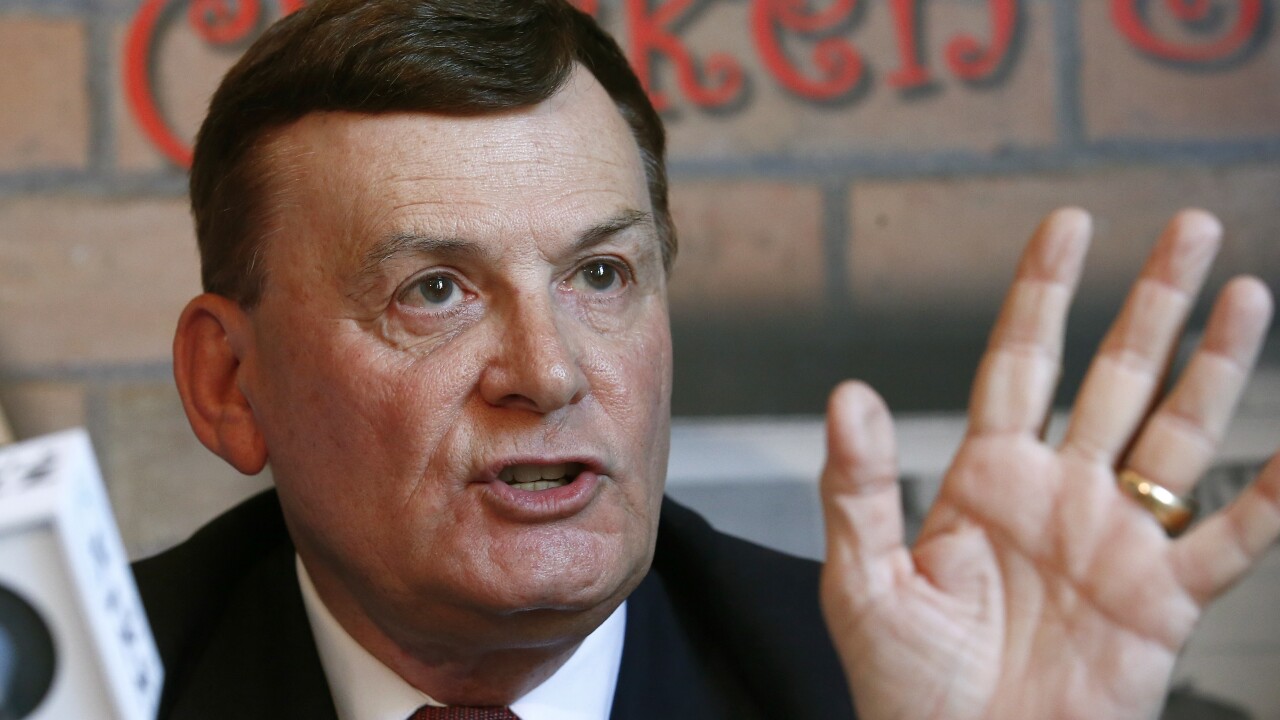 Ross D. Franklin/AP
FILE - In this June 27, 2018, file photo, U.S. Rep. David Stringer, R-Prescott, speaks at a community forum at a local restaurant in Phoenix, to explain his recent immigration remarks. The Arizona lawmaker, who faced a backlash in June after saying "there aren't enough white kids to go around" when discussing integration, is facing new criticism about his views on race and has been booted from a committee chairmanship. (AP Photo/Ross D. Franklin, file)

PHOENIX (AP) - An Arizona city council has voted to demand the resignation of a Republican state lawmaker whose remarks on race and immigration have led to a growing backlash.

Tuesday's 6-1 vote by the Prescott City Council comes just days after the latest remarks by Rep. David Stringer were published by the Phoenix New Times. He had ignored calls for him to resign from Republican Gov. Doug Ducey after similar comments this summer and was easily re-elected last month.

Prescott Mayor Greg Mengarelli said Springer has "forgotten the moral compass of our great county" and must step down.