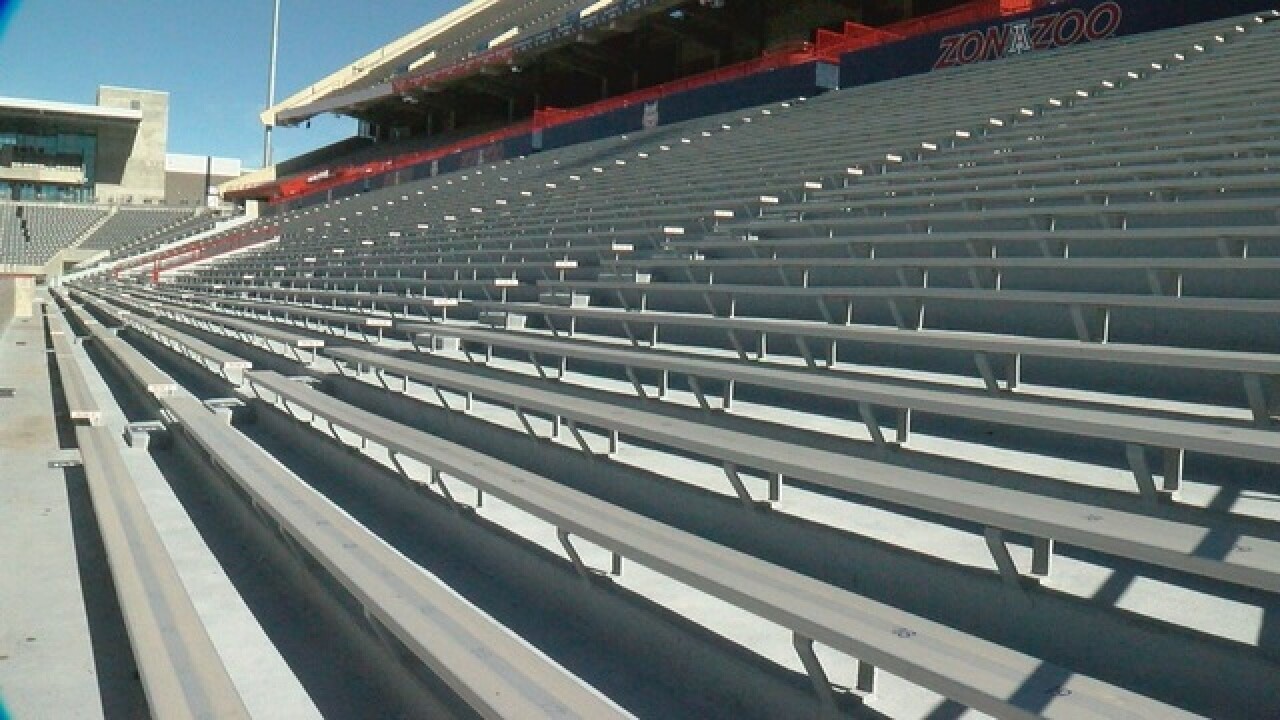 During a meeting on Thursday, the Arizona Board of Regents approved four athletics department facility projects for the University of Arizona.

One of the projects includes construction of an Indoor Sports Center.  The other three will consist of facility improvements at Arizona Stadium, Hillenbrand Aquatic Center, and Hillenbrand Softball Stadium, according to a media release.

The projects will include:

The Indoor Sports Center will be a multipurpose facility for each of Arizona’s programs to utilize, while also serving as a gameday hospitality area. With a project budget of $18 million, the center is expected to contain a 90-yard field and will have a ceiling height of 65 feet. Construction is scheduled to commence in May 2018 with completion estimated for October of the same year. While the final site has not been determined, the center is expected to be located in the corridor between 6th St. and Enke Dr.

The initial renovation project for Arizona Stadium is expected to consist of two phases with a projected cost of $25 million. The first phase will focus on the east side ground level and student section. Construction is set to begin in January 2018 and be completed by the start of the 2018 football season. The second phase will provide renovations to the club areas in the stadium and additional concessions and restroom upgrades. Construction is expected to commence in January 2019 and be completed in time for the 2019 football season.

The Hillenbrand Aquatic Center, which has served as the training center for two team national championships and 101 individual or relay national titles, will see $15 million worth of renovations, which will be used to rebuild the 50-meter pool and repair a vastly deteriorated pump and plumbing infrastructure. Construction at the pool is tentatively scheduled to begin in April 2018 and be completed by January 2019.

Hillenbrand Softball Stadium, which is home to the eight-time National Champion softball program, will see a complete renovation that is expected to include a number of amenities for both the team and fans. Priced at $8 million, construction is scheduled for June 2018 with completion in time for the 2019 softball season.

In addition to the four projects approved by ABOR, the athletics department will also conduct a $1.5 million renovation in McKale Center to provide upgrades to existing locker rooms for a number of its programs. The expected five-month project will get underway in January 2018.

Arizona Athletics Director Dave Heeke said, "we want to be aggressive as we approach facilities and these four projects will address some major needs while improving the experience of virtually all of our student-athletes."

The projects will cost an estimated $66 million dollars and will be funded through private donations and the newly implemented student fee.