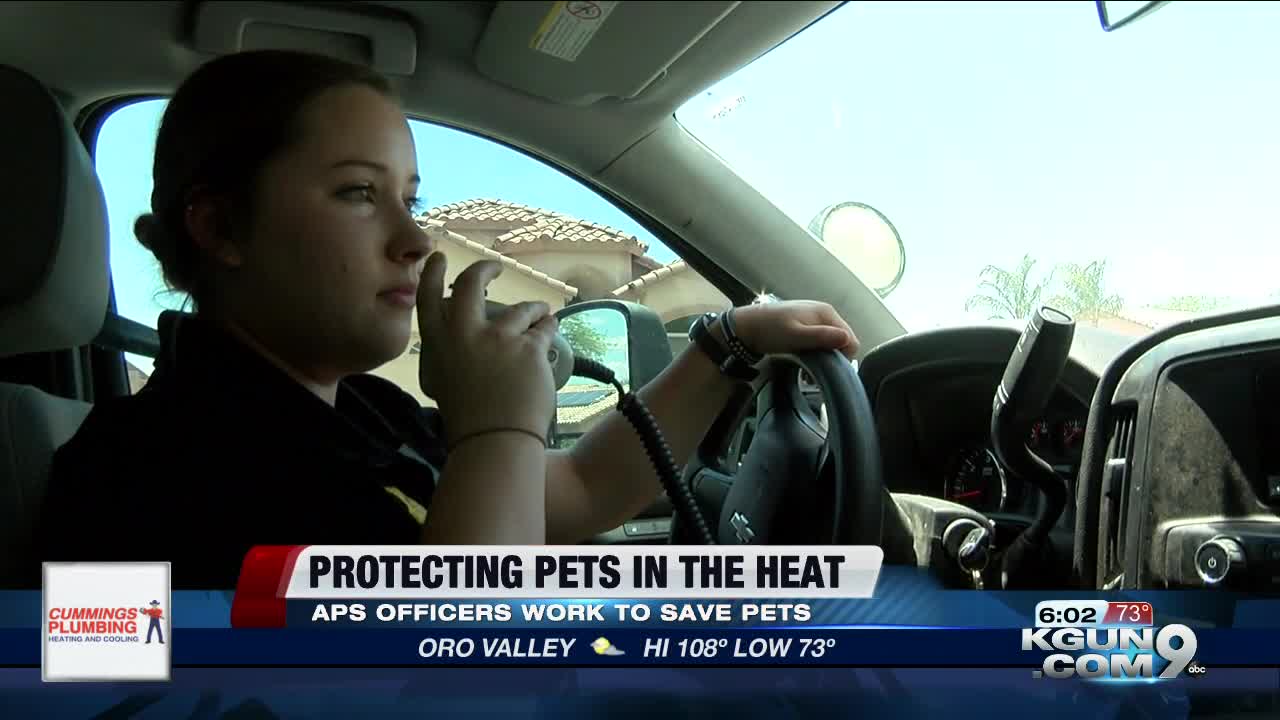 Since temperatures have started increasing into the triple digits, Animal Protection Service officers with the Pima Animal Care Center have been hard at work responding to animals in heat distress. TUCSON, Ariz. - Since temperatures have begun increasing into the triple digits, Animal Protection Service officers with the Pima Animal Care Center have been hard at work responding to animals in heat distress.

Another day of triple digit #temperatures today - Coming Up on @kgun9 how #Animal Protection Service Officers respond to animals in heat distress. We’re live at 5:30am pic.twitter.com/h9H7pGb1mb

KGUN9 joined APS officer Sarah Grivin during one of her shifts to see the job officers must do to keep pets safe.

The first emergency call Officer Girvin responded to was for a dog stray dog showing signs of heat distress.

After finding the dog in a neighborhood Officer Girvin did what she was trained to do. She gained the animals trust and leashed it up to then put it into one of the kennels that comes built in to her Pima Animal Care Center vehicle.

The second emergency call Officer Girvin responded to, similar to the first.

The complainant said there was a dog without water sitting on a porch, struggling with the heat.

Once again, Officer Girvin gained the dogs trust after finding it and leashed it up.

However, because the dog was near a front door, before taking the dog Officer Girvin knocked on the door several times. She even advised anyone inside that if they didn't come out to talk to her she would be taking the dog, which she did.

This is the job APS officers do day in and day out.

Once a dog showing signs of #heat distress is picked up, they’re taken to @PimaAnimalCare where vets work to cool them down. pic.twitter.com/bbHyaQGL6u

With each dog, the priority was to make sure their body temperature didn't keep increasing.

As soon as each of the dogs was picked up they were quickly taken back to Pima Animal Care Center where they were treated in the clinic.

While the goal is to get the dogs out of the heat, it's also to make sure they are reunited with their owners.

APS officers make sure they scan every dog for a chip in an attempt to get them back home.