Clements guilty in child murder trial
KGUN 9 On Your SideNews

PHOENIX (KNXV) - A concentrated crackdown by the Arizona Department of Transportation comes in response to "higher-than-expected" quantities of fatal or serious injury crashes.

ADOT has deemed 4 different portions of state highways as Safety Corridors, in which these sections of road see excessive amounts of speeding, aggressive driving, impaired driving and lack of seatbelt usage. 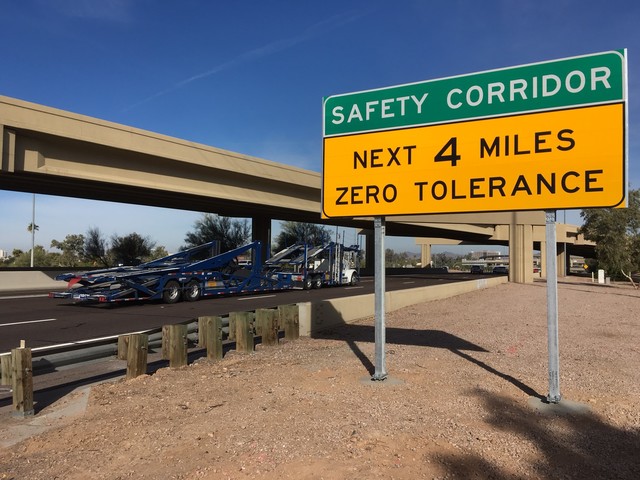 Each corridor will receive special signage that signifies when you are entering or leaving a Safety Corridor, noting zero-tolerance for violations in that area, according to a statement.

These corridors will launch in two phases, with the first one beginning today and expecting completion by Dec. 20, and the second phase to begin and be completed in January 2017, according to ADOT.