The Arizona Department of Transportation announced the winners of the Safety Message Contest.

According to ADOT, the contest received over 6,700 submissions.

The winning messages will appear on overhead signs this weekend.

We want to thank everyone who participated in the contest, sending in entries and voting,” said Kevin Biesty, ADOT deputy director for policy. Our hope in putting unconventional safety messages on the overhead signs is that drivers will engage with the message and driver behavior will begin to change, making roads safer for everyone.

Atkinson's winning entry said "SINGLE IN HOV? GET A REAL DATE NOT A COURT DATE."

The photos are featured below. 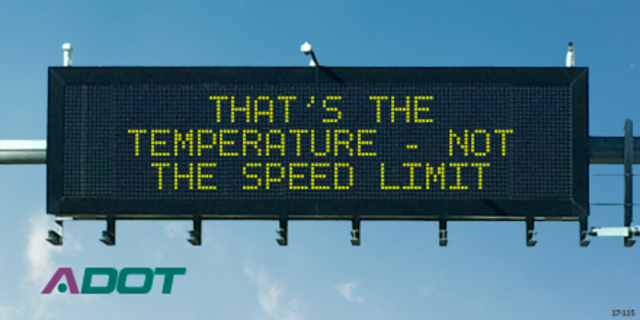 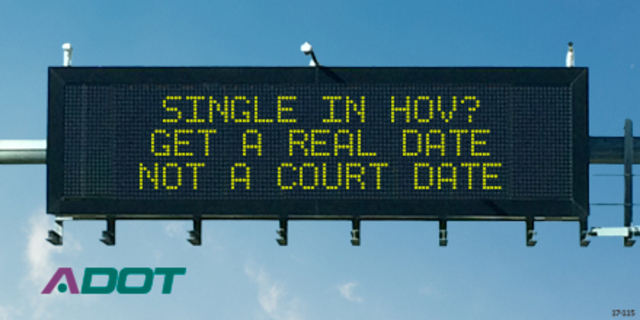