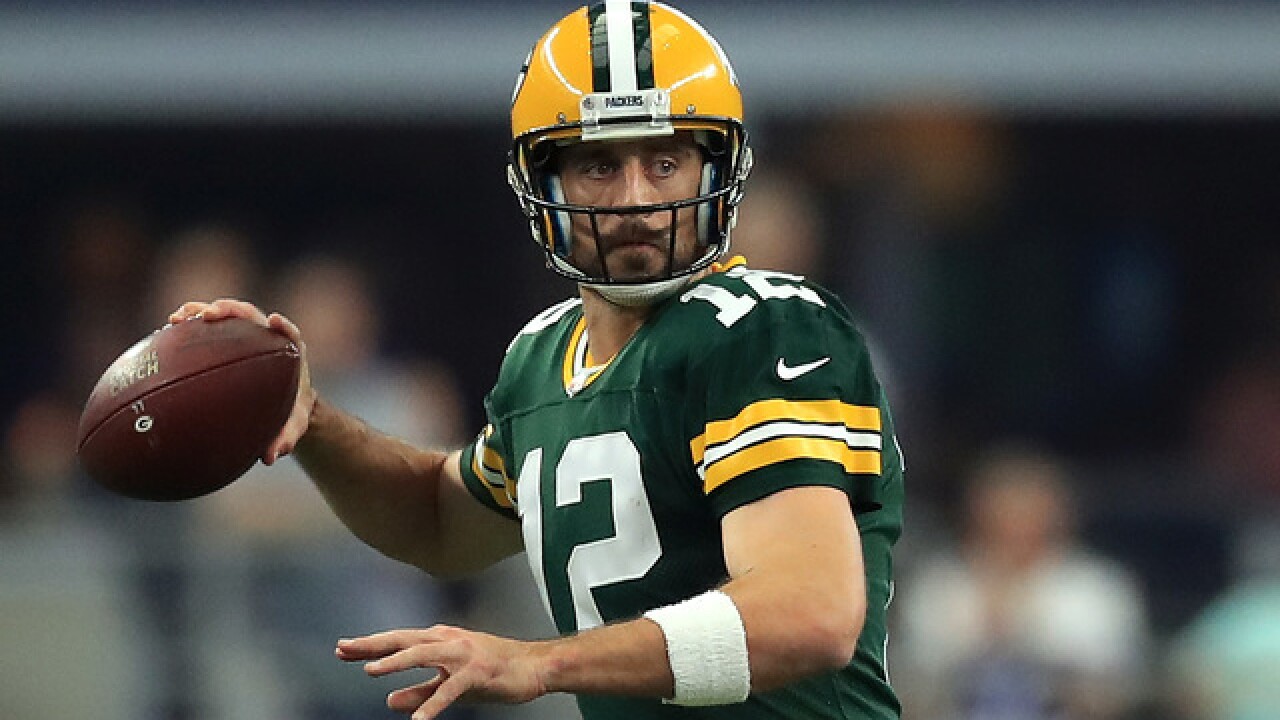 Rodgers, the Green Bay Packers quarterback, will play in the Jose Cuervo Pro-Am in the Colorguard Classic PGA Tour Champions event Feb. 28. He will tee off in the first group, partnering with golfer Jerry Kelly.

"We're thrilled to have Aaron Rodgers joining us for our Jose Cuervo Pro-Am," said J.J. Jewell, Cologuard Classic Tournament Chairman in a statement. "This helps further the excitement that has been building over the past few weeks. With one of the strongest fields in recent years combined with one of the NFL's all-time greats participating, the 2018 Cologuard Classic promises to be a fun-filled week here in Tucson."

The event begins at 8 a.m. Feb. 28 at Omni Tucson National. Tickets will be $20 and free parking and shuttles will be available at the Foothills Mall.

In the main tournament, which tees off March 2, 78 players will compete for a $1.7 million purse.

The Tucson Conquistadores are the host organization of the Cologuard Classic. Since their inception in 1962, the Conquistadores have contributed more than $35 million to youth athletic programs in-and-around Tucson.
2018 marks the first year of the Cologuard Classic, named after Wisconsin-based Exact Sciences’ noninvasive at-home colon cancer screening test for average risk individuals 50 years or older, and the fourth year the Conquistadores have partnered with the PGA TOUR Champions. To coincide with the kickoff of National Colorectal Cancer Awareness Month, tournament week will feature numerous events to raise awareness for the disease. On Wednesday morning, Exact Sciences representatives, PGA TOUR Champions players, and colon cancer survivors will ring the NASDAQ opening bell from Omni Tucson National. Survivors will be among those participating in the Pro-Am on Wednesday and Thursday. The tournament’s second round on Saturday, March 3, is “Dress in Blue Day.” Players and fans are encouraged to wear blue to raise awareness for colon cancer. The first 10,000 fans on Saturday will receive a free colon cancer awareness star pin.
Tournament champions over the first three years include: Marco Dawson in 2015, Woody Austin in 2016 and Tom Lehman in 2017.  The 2018 Cologuard Classic will be broadcast on Golf Channel, Friday – Sunday (March 2-4). For tickets and more information on the Cologuard Classic, visit www.cologuardclassic.com [cologuardclassic.com].
About Cologuard:
Cologuard was approved by the FDA in August 2014 and results from Exact Sciences' prospective 90-site, pointin-time, 10,000-patient pivotal trial were published in the New England Journal of Medicine in March 2014. Cologuard is included in the American Cancer Society's (2014) colorectal cancer screening guidelines and the recommendations of the U.S. Preventive Services Task Force (2016) and National Comprehensive Cancer Network (2016). Cologuard is indicated to screen adults of either sex, 50 years or older, who are at average risk for colorectal cancer. Cologuard is not for everyone and is not a replacement for diagnostic colonoscopy or surveillance colonoscopy in high-risk individuals. False positives and false negatives do occur. Any positive test result should be followed by a diagnostic colonoscopy. Following a negative result, patients should continue participating in a screening program at an interval and with a method appropriate for the individual patient. Cologuard performance when used for repeat testing has not been evaluated or established. For more information about Cologuard, visit www.cologuardtest.com. Rx Only.
Copyright 2018 Scripps Media, Inc. All rights reserved. This material may not be published, broadcast, rewritten, or redistributed.