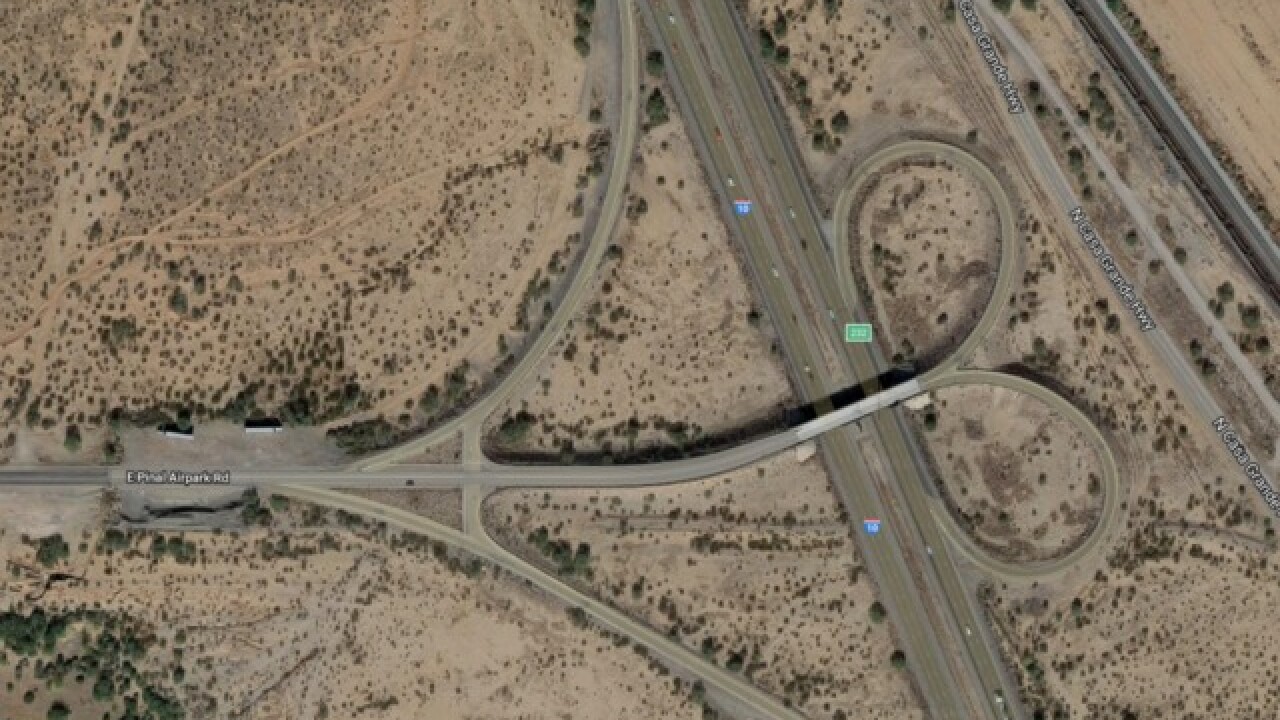 A six-month project to replace the deck of the bridge over Interstate 10 at Pinal Air Park Road in southern Arizona will start soon.

The bridge will close in early November and remain closed for about four months, temporarily shutting down direct access to and from westbound I-10.

ADOT crews also will repair girders under the bridge, which was built in 1963.

Pinal Air Park Road is near Marana, which is northwest of Tucson.