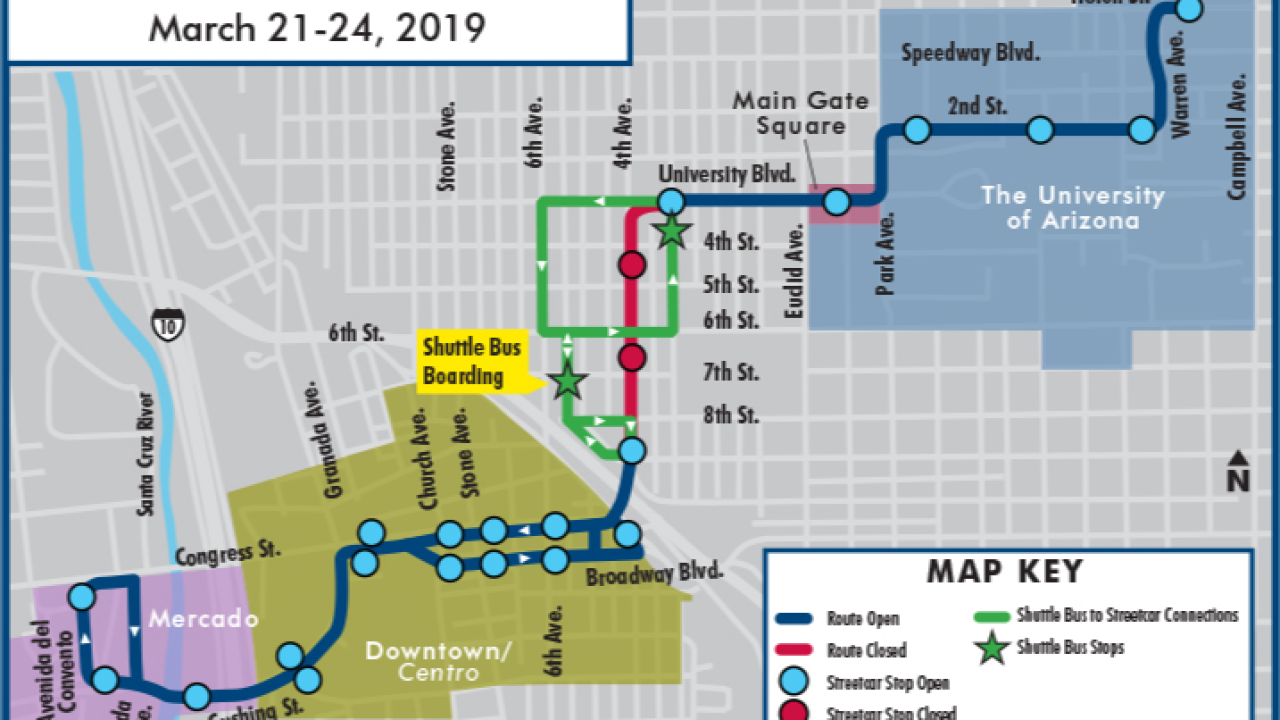 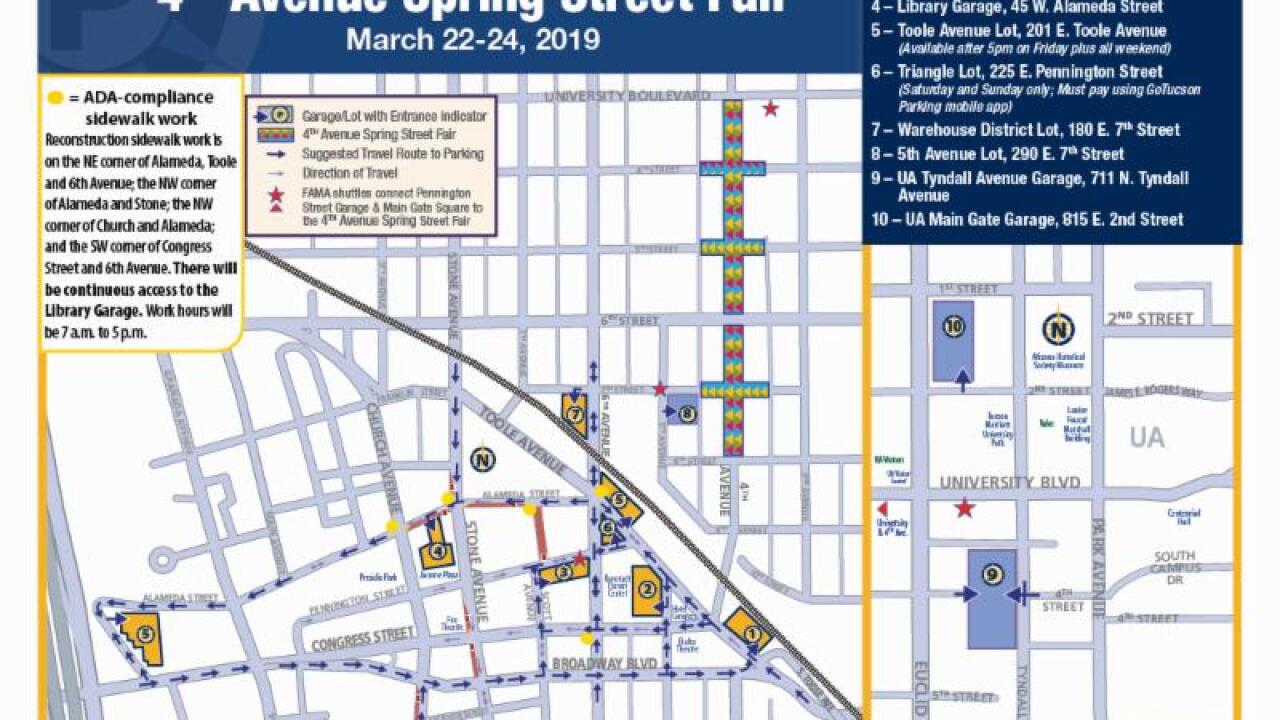 TUCSON, Ariz. - The Fourth Avenue Spring Street Fair kicks off Friday, March 22nd, and runs through the weekend. There will be delicious food, exciting entertainment, and different artists from around the world.

This event holds more than 400 arts and crafts booths, and over 35 food vendors. There will also be two entertainment stages, street performers, and arts and crafts for children.

An estimated 300,000 people will attend the street fair.

There will be a temporary route adjustment for Sun Tran buses and Sun Link Streetcars to transport attendees to Fourth Avenue and Ninth Street and University Boulevard and Third Avenue.

The Sun Link Streetcar will run on the east end of the route at Helen Street to University Boulevard and Third Avenue, and on the west side the Sun Link Streetcar will operate from Avenida del Convento through downtown to Fourth Avenue and Eighth Street. A Sun Tran shuttle bus will provide streetcar passengers service at Fourth Avenue and Ninth Street, Seventh Street and Fifth Avenue and at University Boulevard and Third Avenue.

Starting Thursday, Mar. 21, 2019 at 1:00 p.m. until approximately midnight on Sunday, Mar. 24, 2019 Fourth Avenue will be closed from University Boulevard south to Eighth Street with the exception of Sixth Street. Fourth Street and Seventh Street will be closed between Third Avenue and Fifth Avenue.

There will be detour signs and traffic control.

Drivers, bicyclists, and pedestrians are advised to be cautious during the event.

Those attending the event weekend are advised to park in lots, garages, and meter spaces. There are road closures due to construction through Stone Avenue from south of Pennington Street to Broadway Boulevard.

For more information about the event visit the Fourth Avenue Street Fair website.