KGUN 9 On Your SideNewsYour Health Matters 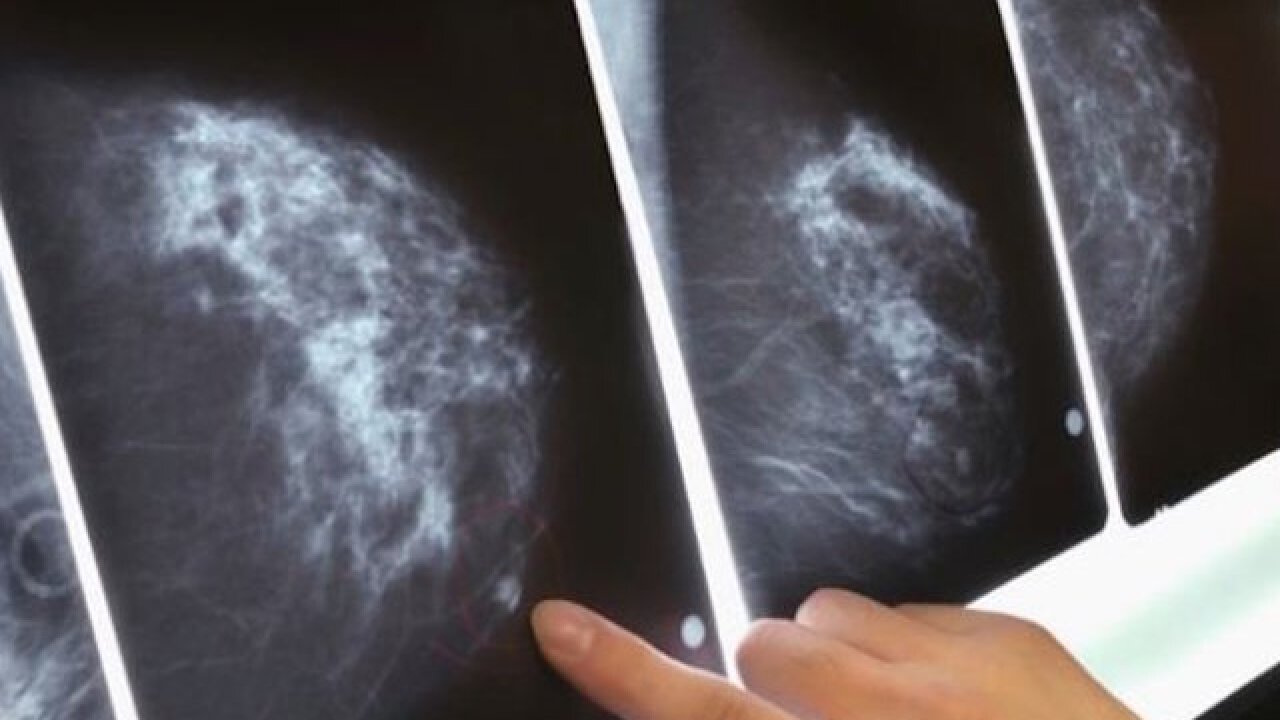 About 70 percent of women diagnosed with the early stages of one of the most common forms of breast cancer might not need chemotherapy as part of treatment, according to the results of a long-awaited study presented at the American Society of Clinical Oncology meeting in Chicago Sunday.

The study, published Sunday in the New England Journal of Medicine, analyzed how well a widely used genetic test assessed cancer risk, based on 21 genes linked with breast cancer recurrence.

"These data confirm that using a 21-gene expression test to assess the risk of cancer recurrence can spare women unnecessary treatment if the test indicates that chemotherapy is not likely to provide benefit," lead author Dr. Joseph A. Sparano, associate director for clinical research at the Albert Einstein Cancer Center, said in a statement. The study was sponsored by the National Cancer Institute and led by the ECOG-ACRIN Cancer Research Group.

"I'm delighted," said Dr. Otis Brawley, chief medical and scientific officer for the American Cancer Society, who was not part of the study. "I've been worried for a long time about unnecessary treatment for cancer, and unnecessary side effects from chemotherapy.

"Now with these genomic tests, we are finding that we have multiple types of breast cancer, perhaps several dozen," said Brawley, "and we are being able to tailor our therapies to the type of breast cancer every woman has."

Breast cancer is the most common cancer in women worldwide; the World Cancer Research Fund International reported 1.7 million new cases in 2012. About 50 percent of all women diagnosed worldwide have hormone-receptor positive, HER2-negative, node-negative cancer. Treatment options include estrogen-blocking drugs along with doses of chemotherapy to lower the risk of recurrence.

Women affected by the new findings are estrogen-sensitive, test negative for HER2 and have early stage tumors below five centimeters that have not spread to lymph nodes. They also have a score between 11 and 25 on the Oncotype DX Breast Recurrence Score test.

"What that test does is look at 21 different genes to see if each is turned on or off and then if it is over-expressed or not," Brawley said. "So we have two yes-no answers for each gene. It looks at all 21 of those answers and gives that cancer a recurrent score between 0 and 100."

Past research has shown that women with scores between 0 and 10 could skip chemotherapy, while those with scores over 25 benefited from adding chemotherapy to their hormonal treatment plan.

"Those are the cancers that have likely already metastasized and a small amount could be hiding in a woman's lung, liver or bones," said Brawley. "Therefore they should get the chemotherapy along with hormonal treatment."

But doctors have been unsure how to treat women with scores in the intermediate range of 11 and 25. Protectively, many of those women have received chemotherapy, which can have devastating side effects, including anemia, a weakened immune system, hair loss, diarrhea, fatigue and memory loss.

Other less common but more serious side effects of chemotherapy include bone loss and osteoporosis, heart and vision problems.

The phase III clinical trial, named "TAILORx," followed over 10,000 women diagnosed with breast cancer between 2006 and 2010. Of those women, 6,711 had test scores between 11 and 25, which placed them in the intermediate risk group. Those women were then randomized into two trials: one received hormone therapy with chemotherapy; the other received hormone therapy alone.

Researchers followed the women for an average of nine years. At the end of that time they found 83.3% of those on hormone therapy alone had not developed a recurrence or a second primary cancer. For the group that had both hormone and chemotherapy, the rate was 84.3%, a difference that was not statistically significant.

"These findings, showing no benefit from receiving chemotherapy plus hormone therapy for most patients in this intermediate-risk group, will go a long way to support oncologists and patients in decisions about the best course of treatment," Dr. Jeffrey Abrams, associate director of the National Cancer Institute's Cancer Therapy Evaluation Program, said in a statement.

Thirty percent of the women in the trial did have evidence of cancer hiding in their bodies. For these women, the use of both hormones and chemotherapy is recommended.

"We'll give women in this group about six months of chemotherapy," Brawley said.

But there is a note of caution in interpreting the study's findings. Data on premenopausal women and those younger than 50 who scored at the higher end of the intermediate-risk range,16 to 25, was analyzed separately. The results showed there might be a small benefit from chemotherapy.

Those women should carefully discuss their options with their oncologist, said Brawley, because they would likely be candidates for the more aggressive, dual therapies.

If the woman's score is 16 or higher and she is premenopausal, "then we're going to want to give her the chemotherapy," said Brawley.

In a media release, Genomic Health, who makes the Oncotype DX Breast Recurrence Score test, said it provided funding for collection of follow-up information from the treating sites, but was not involved in the planning and execution of the study.