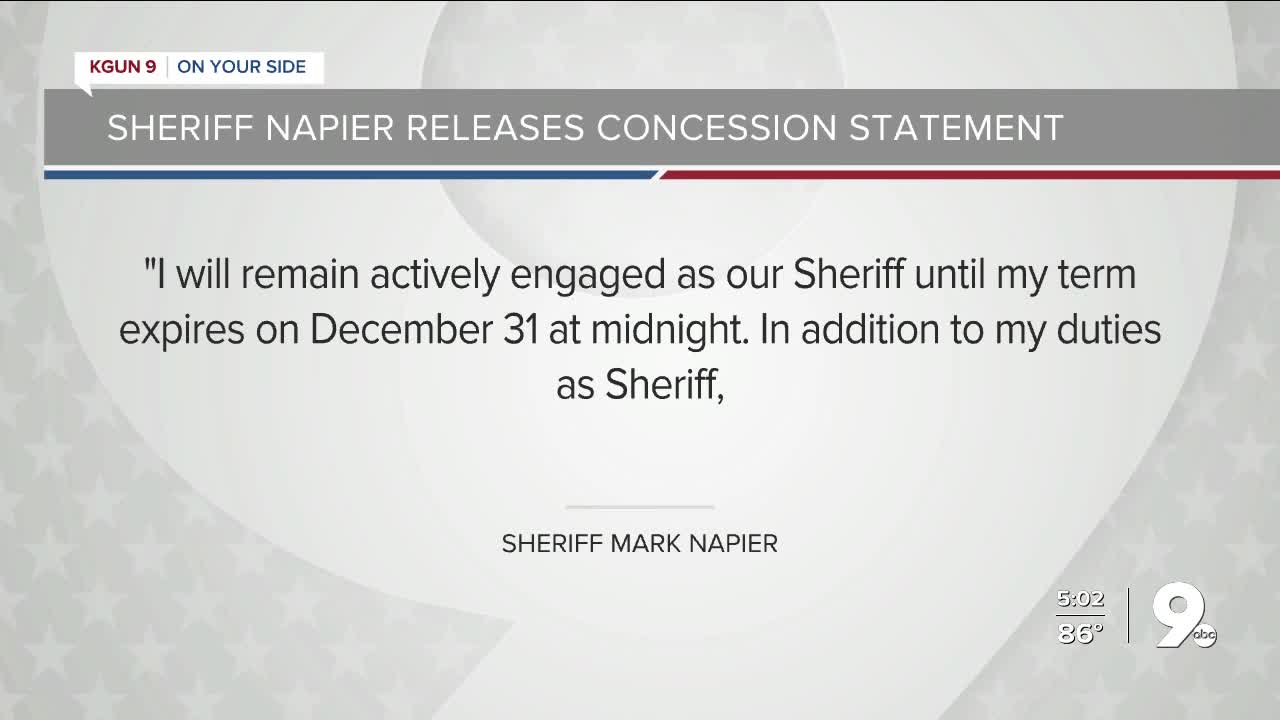 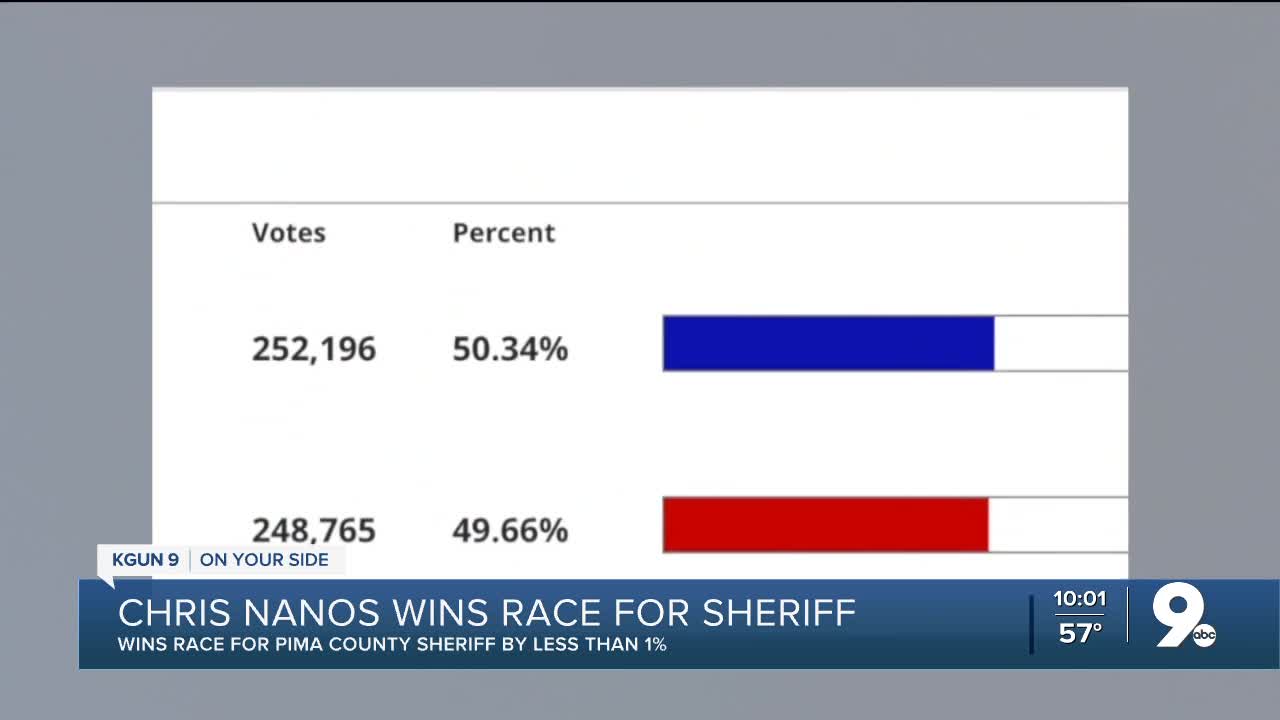 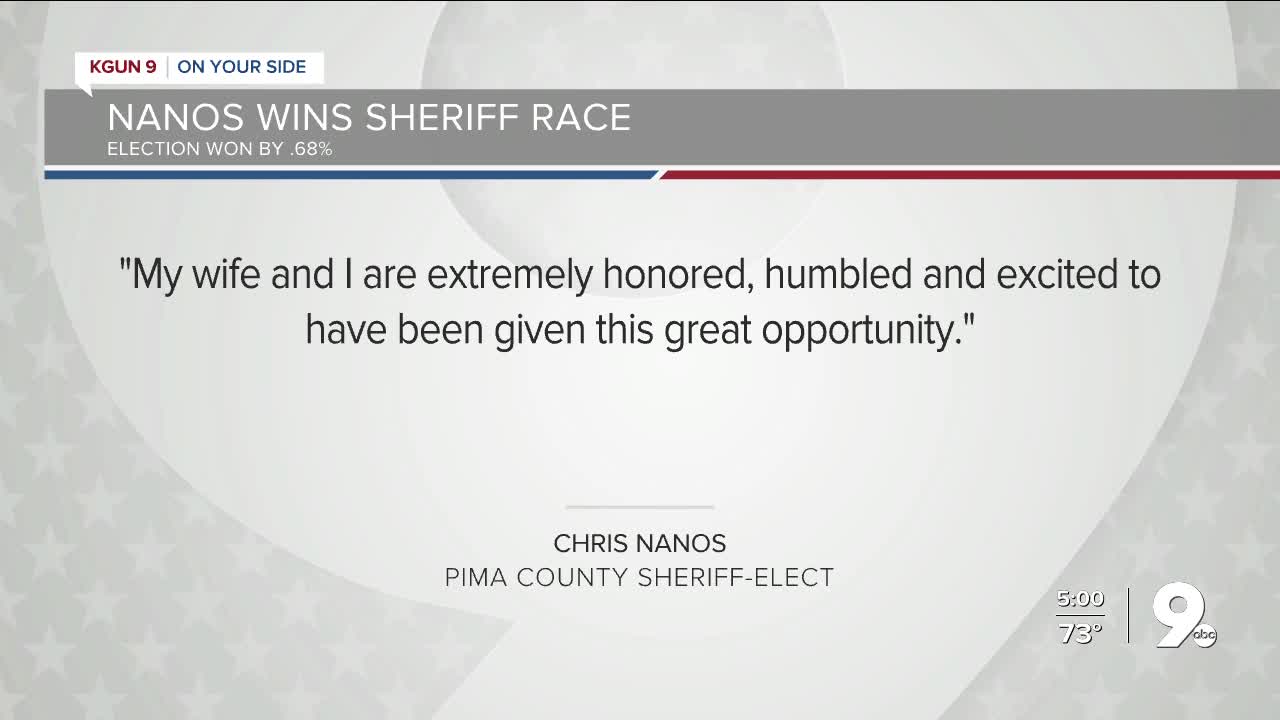 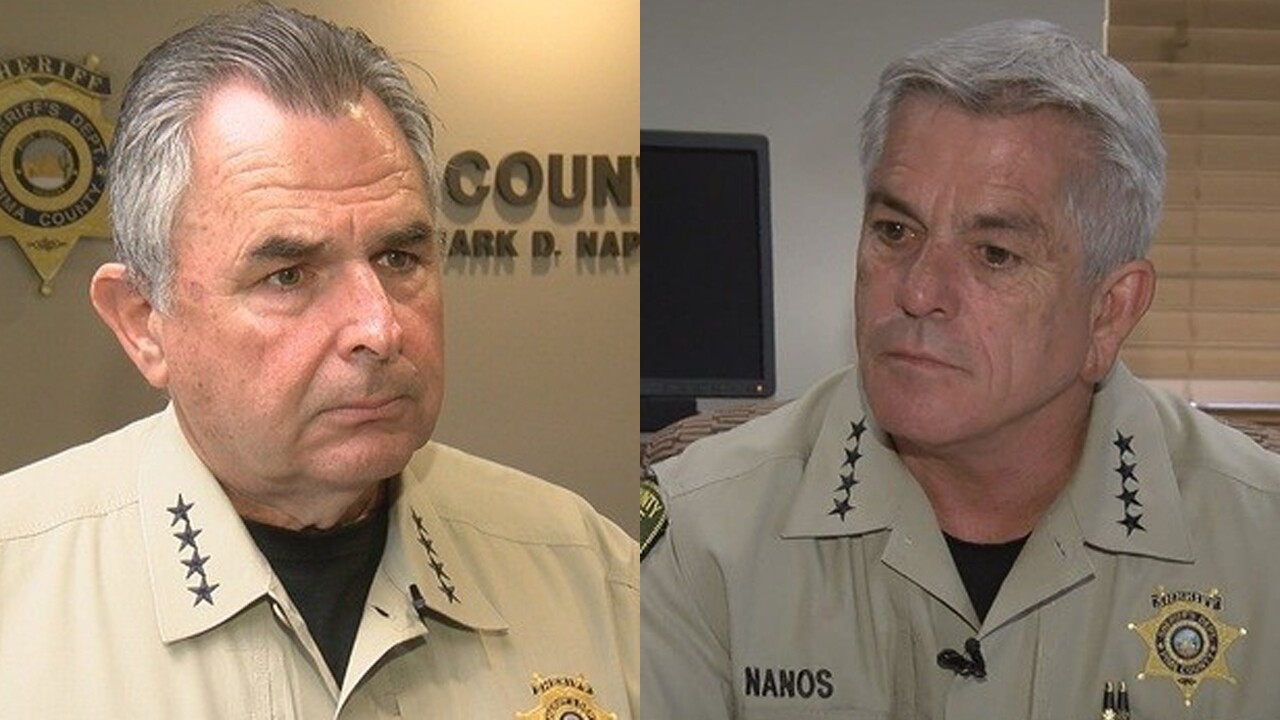 The Pima County Department of Elections announced it had finished counting ballots for the 2020 election. In the county's final tally, Nanos beat Napier by only 3,431 votes, or 0.7%.

"My wife and I are extremely honored, humbled and excited to have been given this great opportunity," Nanos said in a statement to KGUN 9. "We are thankful for all the support we received and I look forward to getting back to working with the great men and women of the PCSD!"

Napier and Nanos have engaged in a back-and-forth campaign, with both candidates making strong cases for their vision to head the department.

Nanos was appointed as Pima County Sheriff following the 2015 retirement of Clarence Dupnik. Nanos ran for election in 2016, but Napier ran against him and won. This year, the two went at it again as Sheriff Napier campaigned for a second term and Nanos vied to get re-elected.

Both have faced turmoil while in control of PCSD.

In 2016, Nanos was in command when the FBI investigated the county's use of RICO funds. Earlier this year, a Merit commission found that Napier and his staff lied in hearings involving unprofessional behavior and insubordination.

On the issue of department operations, especially staffing, Napier says the department now has a strategic plan and is looking to hire more deputies with federal funding he’s received for the department.

Nanos said he wanted to foster more community trust and was ready to put more work into community engagement and police reform.

I have been respectful of the election process and patiently awaited the final vote counting before making a statement regarding the outcome of my bid for re-election. I have not made a statement before now not out of a desire to be difficult, obstinate or acrimonious. Rather, it was out of an abiding respect for the process and for the sanctity of every vote. Now it appears certain that I have not been successful in re-election.

I will remain actively engaged as our Sheriff until my term expires on December 31 at midnight. In addition to my duties as Sheriff, it will now be my duty to ensure the orderly and efficient transfer of leadership of the department to Sheriff-elect Nanos. Honor, character and the dignity of the office require nothing less of me.

It has been a great honor to serve the people of Pima County as your Sheriff. The people of the Pima County Sheriff’s Department are some of the most amazing and capable people with which I have ever had the privilege of working. I have, and always will, hold great affection toward them. We have made significant strides over the past four years that I sincerely hope will continue well into the future to the betterment of public safety for all people of our county.