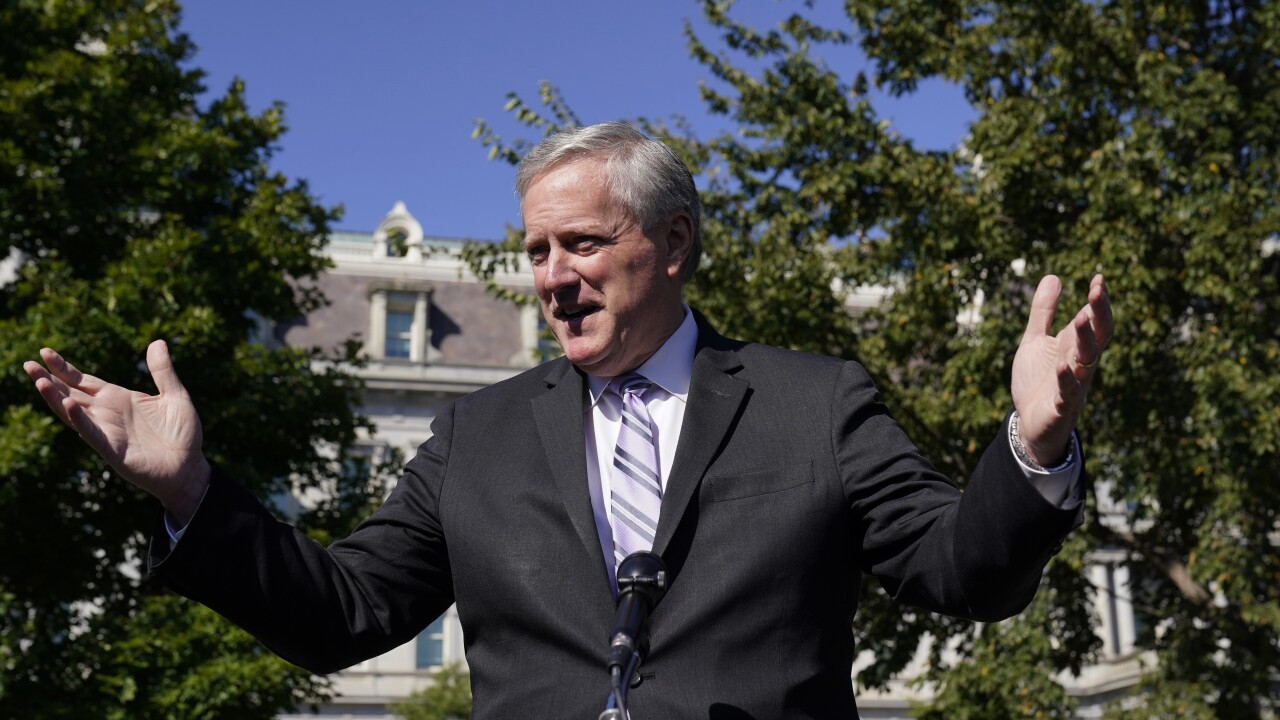 After tweeting a halt to negotiations over economic relief, then later seemingly to imply a willingness to “sign right now” on relief efforts, President Donald Trump’s chief of staff says they are looking at stand alone measures.

“The president has already been on the phone this morning talking to [Treasury] Secretary [Steve] Mnuchin,” White House Chief of Staff Mark Meadows told Fox and Friends Wednesday morning. “The secretary and I have been talking about what we could do with stand-alone bills to help airlines, small businesses and the American people with stimulus checks. So hopefully we can convince Speaker Pelosi to do something on a stand-alone basis.”

“Secretary Mnuchin and the president have offered $1.6 trillion and they have said they are willing to look more at that,” Meadows continued in his interview with Fox and Friends, “and (Pelosi) continues to say that is not enough.”

Negotiations have been ongoing between Mnuchin and Pelosi, with both sides hoping to pass a pandemic relief package before Election Day.

After President Trump returned to the White House following a positive COVID-19 diagnosis and treatment at Walter Reed Medical Center, he tweeted he was walking away from the relief talks Tuesday afternoon.

Then, later Tuesday night, he tweeted “If I am sent a Stand Alone Bill for Stimulus Checks ($1,200), they will go out to our great people IMMEDIATELY. I am ready to sign right now. Are you listening Nancy?”

If I am sent a Stand Alone Bill for Stimulus Checks ($1,200), they will go out to our great people IMMEDIATELY. I am ready to sign right now. Are you listening Nancy? @MarkMeadows @senatemajldr @kevinomccarthy @SpeakerPelosi @SenSchumer

It is not clear what kind of “stand alone bills” Meadows and Mnuchin would create, and whether they would go through Congress or be executive orders.