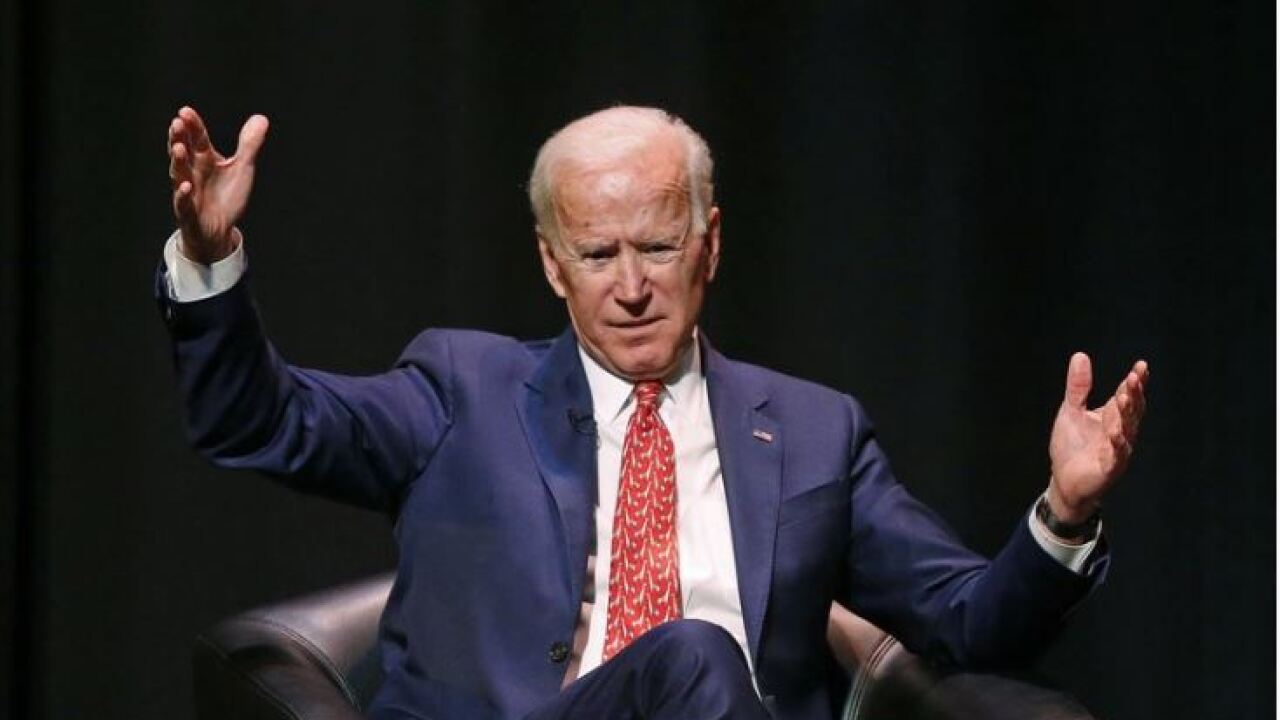 (Copyright 2020 The Associated Press. All rights reserved. This material may not be published, broadcast, rewritten or redistributed.)
(AP Photo/Rick Bowmer)
In this Dec. 13, 2018, photo, former Vice President Joe Biden speaks at the University of Utah in Salt Lake City. As he considers running for president, Biden is talking with friends and longtime supporters about whether, at 76, he’s too old to seek the White House, according to several sources who have spoken with the former Democratic vice president. (AP Photo/Rick Bowmer)

Former Vice President Joe Biden will sit down with ABC's "20/20" for a special town hall on Thursday, the same day that Biden and President Donald Trump were supposed to participate in the second presidential debate.

At the same time tonight, President Donald Trump will participate in a town hall with NBC.

The second presidential debate was supposed to be held on Thursday, Oct. 15. But, President Trump declined to participate after the Commission on Presidential Debates moved to make the event a virtual debate, in light of Trump's recent COVID-19 diagnosis and hospitalization.

President Trump has since tested negative for the virus and resumed his in-person campaigning this week, according to his doctors at the White House.

Watch President Trump's town hall in the player below: