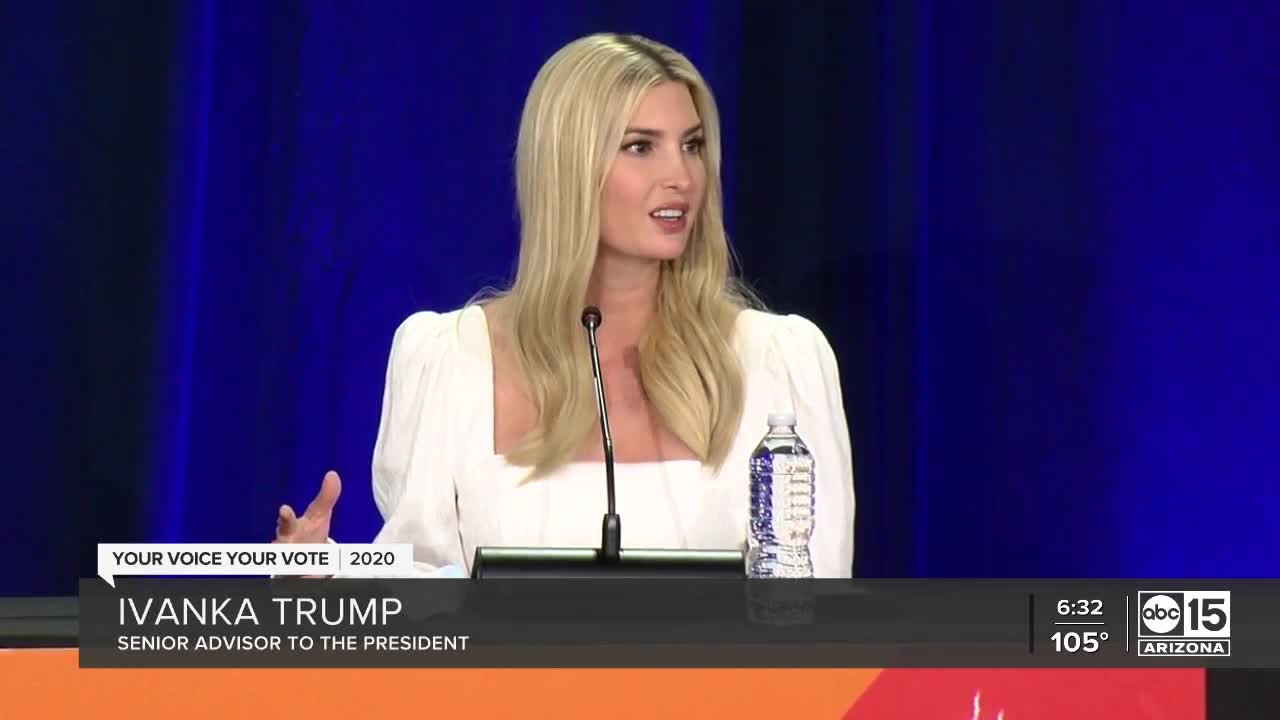 Just the second of four Trump campaign visits this week. 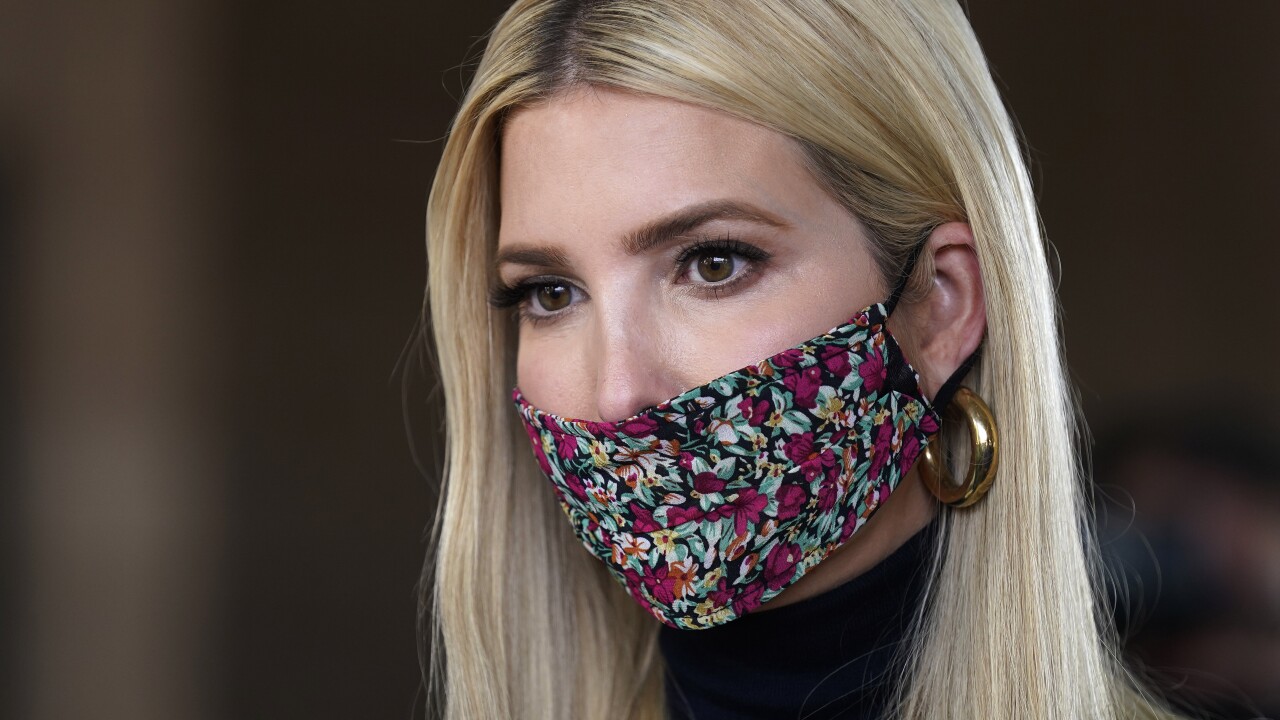 It marks the first time Ivanka has been to Phoenix since her father was elected, the campaign said.

She began her day meeting with volunteers and making phone calls at the Latinos for Trump office in South Phoenix. Then it was onto a discussion with business owners, Trump supporters all, who appreciate the tax cuts, deregulation, and the administration’s response to the pandemic.

It is one of several visits this week to Arizona by the White House, Trump campaign, and Trump family.

The President visited Phoenix on Monday, and Vice President Mike Pence is scheduled to visit Arizona on Friday. On Thursday, Karen Pence, the Second First Lady, will visit Luke Air Force Base for a roundtable discussion, followed by a roundtable with the Arizona Commerce Authority.

"I am honored to join my friend Governor Ducey in the beautiful state of Arizona to highlight the great work of the Trump administration over the last 3 ½ years," Ivanka Trump said, according to a news release.