How Arizona law handles your ballots 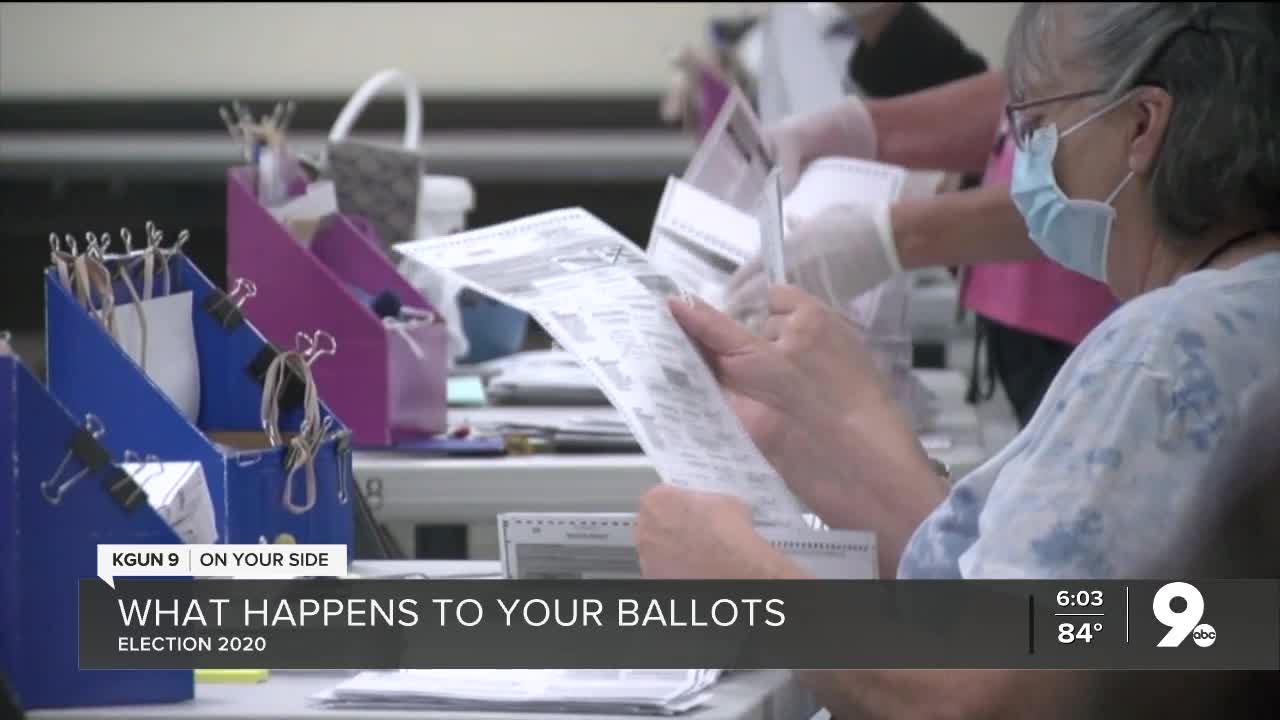 TUCSON, Ariz. - Arizona is in the spotlight as both Presidential campaigns work to make sure the tight vote margins tip their way. Here is more on the path your vote will take and what officials do to make sure the count is honest.

When ballots are inspected for a signature match, workers from both major parties are in on the process. If they decide there’s a problem, the county has until November 10th to find the voter and offer a chance to convince officials the signature is valid and the vote should count.

Arizona law requires workers from both parties to have eyes on the ballots to reduce the chance of ballot fraud.

Parties can have observers in the room, and you can watch through on-line cameras.

Tom Collins is an attorney and executive director of the Arizona Citizens Clean Elections Commission. He says the requirement to have workers from both parties makes tampering in the elections offices a real long shot.

Because laws that vary state to state control even national elections, candidates do not always make the call on whether there’s a recount. In Arizona, it’s not the candidates, it’s not even the Secretary of State. Collins says Arizona law leaves the decision on a recount to a math formula that requires a margin so tight that recounts are rare.

“In Arizona, the standard for having a recount is one is basically. 1% difference---a 10th of a percent difference. That's unlikely to be met. And there's no opportunity for any candidate or party to demand a recount, that is something that is triggered by meeting a formula and there's no other way to do it.”

The Clean Elections Commission has a web page that describes the path your ballot will take. You can find it at this link.

Once the count is finalized, County Supervisors formally accept the count in what’s called a canvass. Then it goes to the Secretary of State. Once she certifies the vote, eleven electors pledged to the candidate who won cast their votes in the Electoral College.