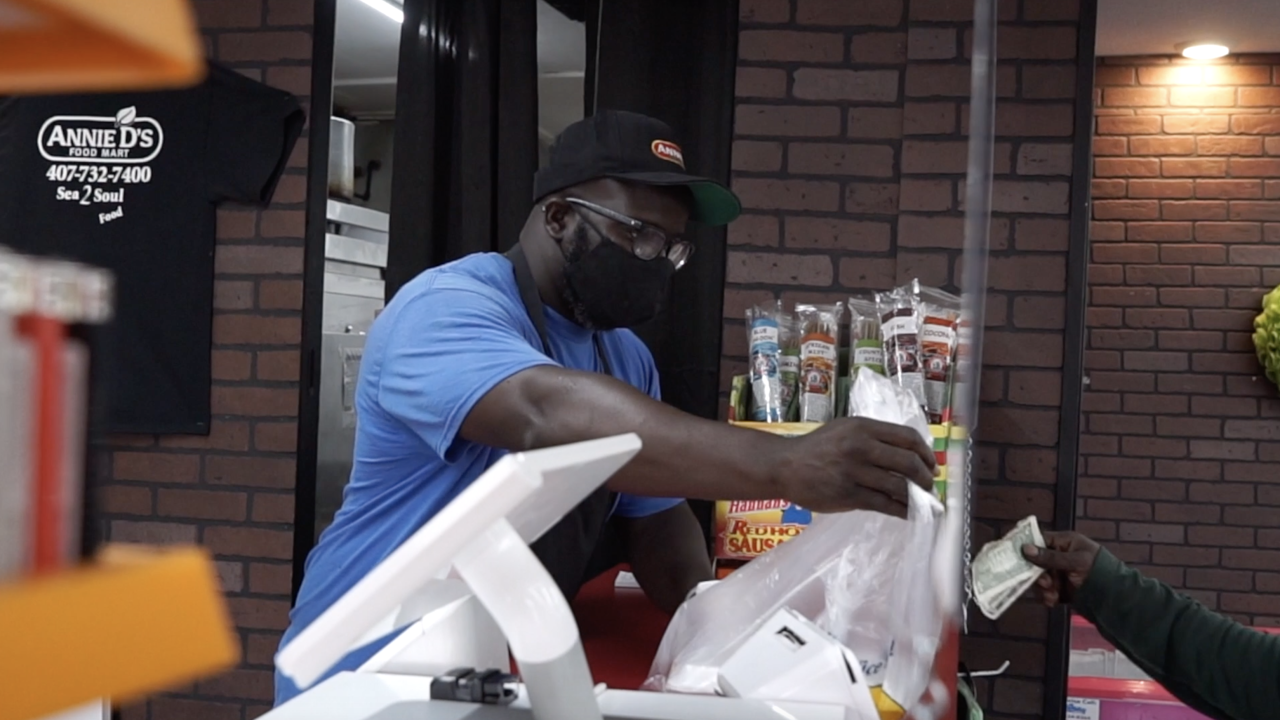 People from across the country flock to Florida for the endless warm weather and miles of beaches, but as the November presidential election inches closer, people are turning their heads to the state for another reason.

“Florida is the largest swing state,” said Aubrey Jewett, a Political Science Professor at the University of Central Florida. “If you look at the last six presidential elections, Florida has voted three times for Republicans and three times for Democrats and each time for the winner.”

However, for hundreds of thousands of Floridians, this election means something else.

“I grew up here in Sanford, Florida. Born and raised,” Davion Hampton said. “I have 15 children, well 16 children including one of my steps.”

Hampton wears many hats in his community. Father, electrical engineer, landscaper, part owner of this convenience store, among other things.

“Proper living arrangements is what I do, and feeding the people,” he said.

But he hasn’t always been seen by others as the provider he is now.

“I was arrested in 2008, charged with conspiracy of trafficking cocaine, my first charge ever. First time I ever was incarcerated, first time ever with a set of bracelets on,” he explained. “I did 30.5 months in the Department State of Correction.”

It’s a seemingly stark contrast to who he is today, the man wearing many hats and the employer of more than 30 people in his community.

“Had I not gone to prison God knows, only knows, where I’d be today,” Hampton said.

Now, he’s facing a battle with thousands of others in Florida, a battle over the right to vote.

In 2018, Florida passed Amendment 4, which restored voting rights to most convicted felons who served their time, as long as they weren’t charged with murder or sex crimes.

“Up until just a few years ago, Florida was one of a handful of states that mostly, permanently disenfranchised convicted felons,” Jewett said. “The end result is that over some time, Florida by some estimate ended up with about 1.4 million felons.”

“Then the big issue became, what does all terms of sentence mean?” he added.

In came the debate of fines and fees associated with the charges, and whether or not they needed to be paid before former felons could register to vote. The backers of Amendment 4 claim it’s an illegal poll tax, one U.S. district court judge agreed, but the state filed an appeal which left thousands unsure if they can even register, even if they could afford to pay.

“Thus the thought is that anything that might alter the balance, either favoring Republicans or Democrats, might be a really big deal because you might actually sway the way Florida votes in a presidential election and in a close president election, that might actually make a difference in who wins,” Jewett explained.

Another issue lies in the fact that there is no central recording system of who owes what. It’s all county based and how they record differs, so some former felons who have completed their sentence may not know about any lingering fines or fees.

“It’s not about swinging left or swinging right, it's about swinging straight forward into the issues that impact people with felony convictions and that's what we’re most concerned about,” Desmond Meade said.

Meade is the Executive Director of the Florida Rights Restoration Coalition, a grassroots membership organization run by returning citizens.

“We believe that no American citizen should be forced to choose between putting food on their kids plate or voting,” he said.

The coalition is working with former felons on identifying unpaid fees, and helping pay them off.

But for Hampton, those fees he owes that have accrued interest over the years may not be paid off before the October 5 voter registration deadline in Florida.

“I was always under the impression that the fines and fees needed to be paid before you can vote,” he said. “Every individual that is a tax paying citizen should have the right to vote.”

Instead, he said he brings awareness to the community, to help others register to vote in the meantime.

“My take for this particular election is that no matter what happens at this point at the court level, it's probably going to be too late to see any big increase in voter registration,” Jewett said.