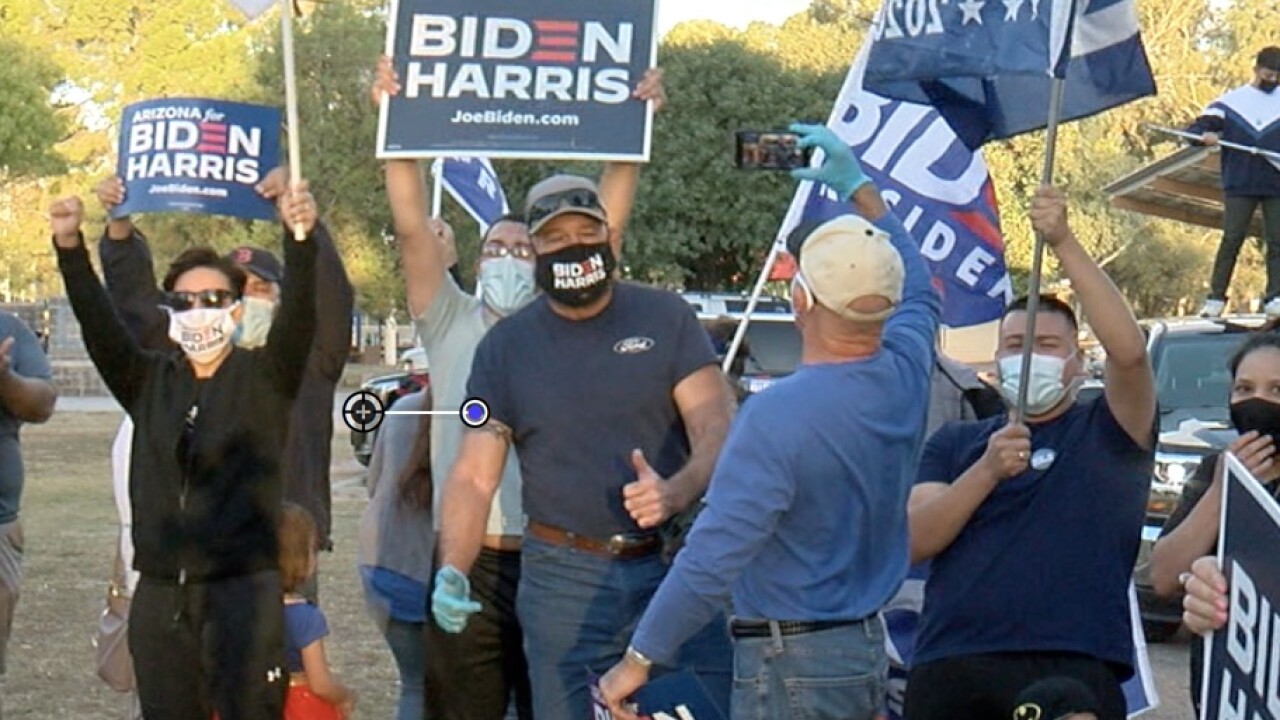 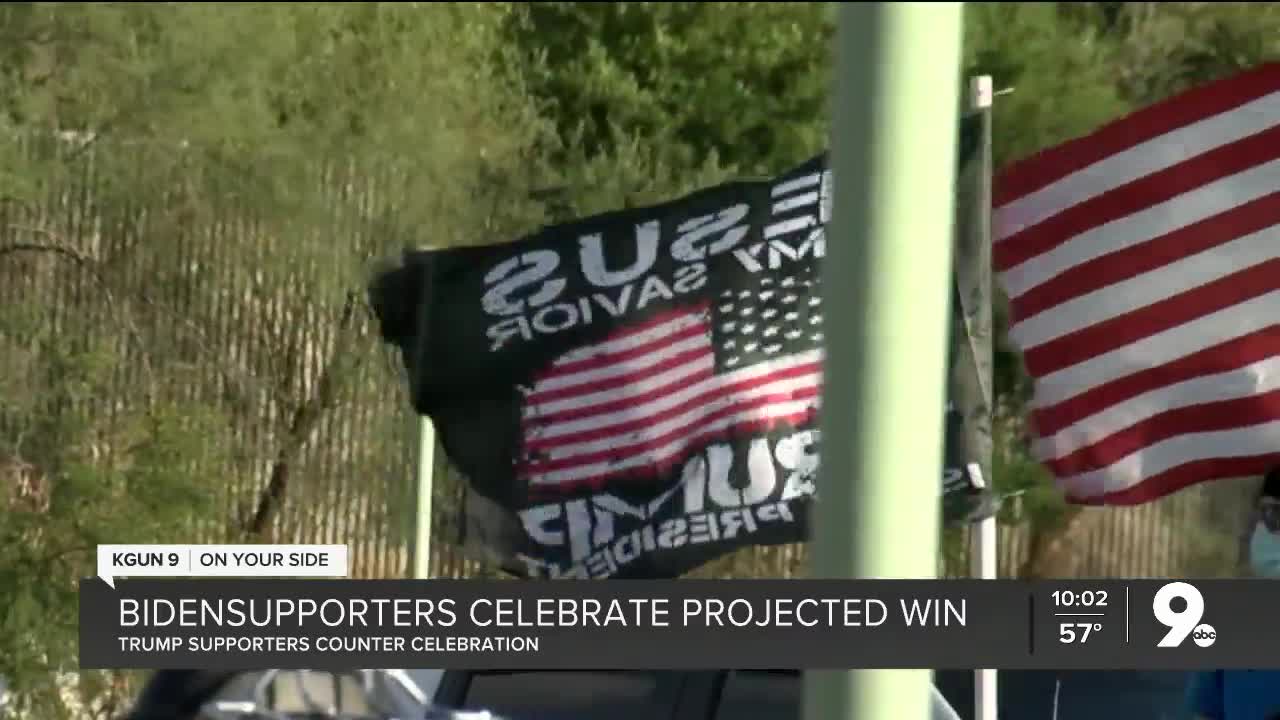 TUCSON, Ariz. — Honks and chants of joy rang out in Tucson Sunday afternoon to celebrate the projected win of Joe Biden.

[Related: EXPLAINER: Why AP called the 2020 election for Joe Biden]

“We believe that this is such a monumental day. We have broken the ceilings. A woman Vice President has never been. We have gone above and beyond,” said Marla Handler, organizer of the celebration.

Handler planned Sunday's demonstration that began at El Con Mall. KGUN 9's cameras weren’t allowed on the property, so we rolled on the public sidewalk.

Handler and other Tucson for Biden supporters were met by President Trump supporters who countered their celebration.

“We wanted to keep it positive and cheer for the winner of this election and that was Biden and Harris,” said Handler.

Many supporters of President Trump across Arizona have made claims of voter fraud; however, they have not been able to provide proof of fraud.

The Trump campaign and the republican national committee have even filed a lawsuit claiming on election day poll workers in Maricopa County incorrectly rejected votes from in-person voters.

Nonetheless, the celebration then made its way to Gene C. Reid Park, where a speaker addressed the group.

Handler said her hope for the next four years to move forward and defeat the pandemic.