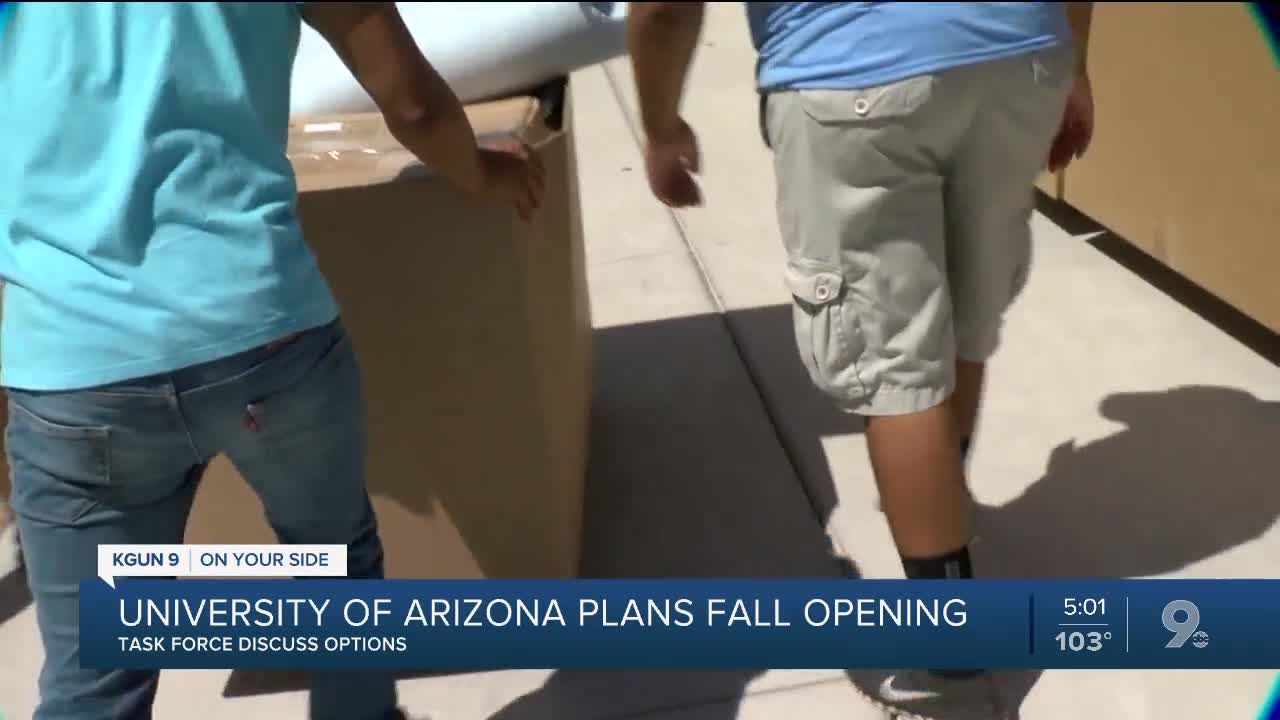 TUCSON, Ariz. — The clock is ticking for the University of Arizona. They have about three months to prepare to open the campus.

“You can’t just stop the world and you can’t open the doors with no rules and no plan,” UArizona President Dr. Robert Robbins said.

Robbins sat in a panel discussion with the leaders of his reentry task force today. He said he has faith in his experts led by former surgeon general Dr. Richard Carmona.

“He’s dealt with pandemics and disasters and knows how to get the data and get us organized and get us to the list of options we have before the ultimate decision of go or no go.”

Robbins said the opening will be possible with testing and tracing. He envisions a fall semester where students wear masks inside, wash their hands and practice social distancing. A dorm will be used to isolate the sick.

"For those students who get high fever that we are concerned about we can move them into a 10 to 20 bed infirmary unit where they can be monitored closely”.

The task force is also hoping for state approval of a COVID-19 tracing app.

Phones would alert users if they were in close contact with someone who tested positive.

“They send it into the central server, the server says everything that spewed out this set of gibberish is attached to a positive test,” said Professor and Department Head of Molecular and Cellular Biology Joyce Schroeder.

The group also talked about gating criteria such as hospitalizations and deaths. They said there is still time cancel the opening.

“As long as the hospitals can handle the sick, I think we are in a good position,” said Dr. Robbins. “But if we got to where New York City was we would obviously say that is a bridge too far.”