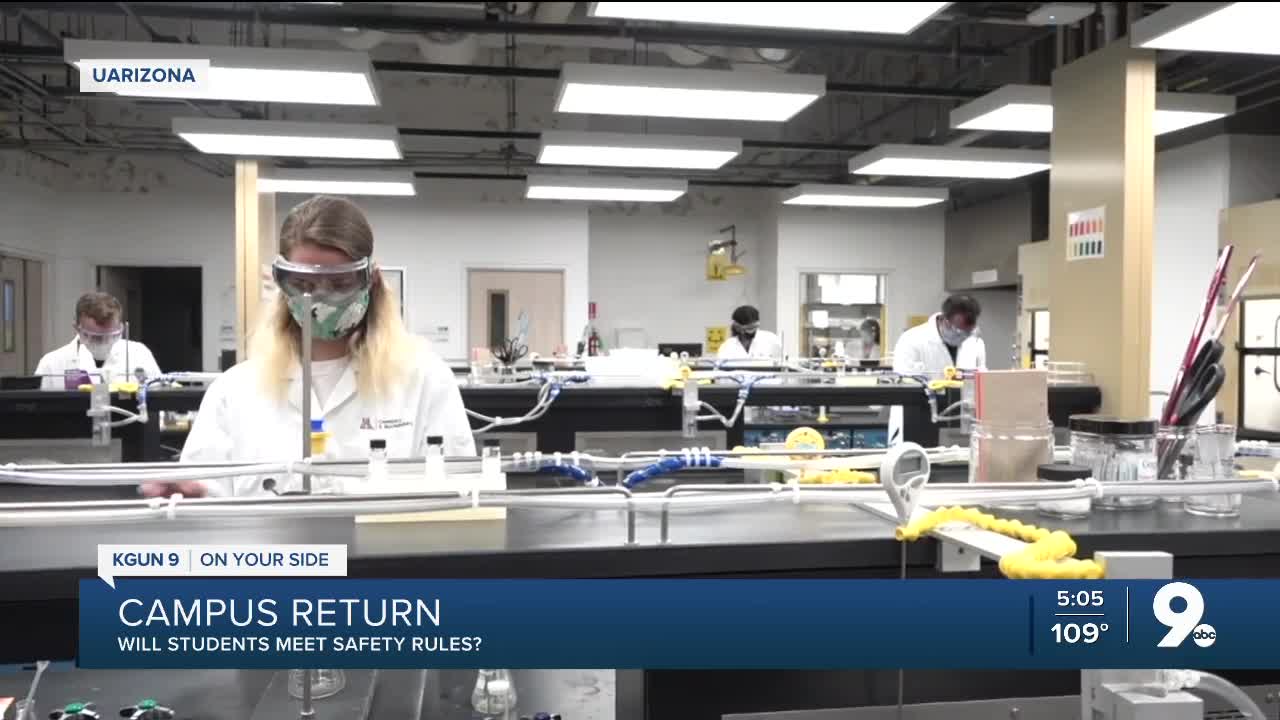 The University of Arizona provided video of a chemistry lab to show how courses hard to teach on-line can go on with adequate distancing and strict attention to cleaning. University President, and medical doctor Robert Robbins says carefully crafted in-person instruction and on-line methods can make for a productive school year.

He says he’s confident a well-planned and disciplined campus environment can control the spread of the virus. What happens off campus and out of class is what worries him more.

“Our elected officials have done a good job of closing down bars and gyms and we've gotten the message out about wash your hands, cover your face, stay away from as many people as possible. So what keeps me awake is what we've talked about since the first time I've ever talked to you.”

And that worry is can we overcome human nature, follow safety rules and avoid virus spikes severe enough to push the university back to nothing but on-line classes.

He says, “People are moving in and they're not physically distancing and not covering their face so I think Doctor Carmona’s ICS (Incident Command System) team is going to have a chat with our sororities and fraternities.”

It’s encouraging that while case counts are still high they’re trending down, and testing of twelve hundred off-campus students so far only found one positive case. There’s no clear explanation why that count is so surprisingly low.

Students headed for dorms will be checked before they move in. If they’re positive UA has almost 380 dorm rooms set aside for isolation; and if gentle reminders don’t get students to mask up they’ll face university discipline.