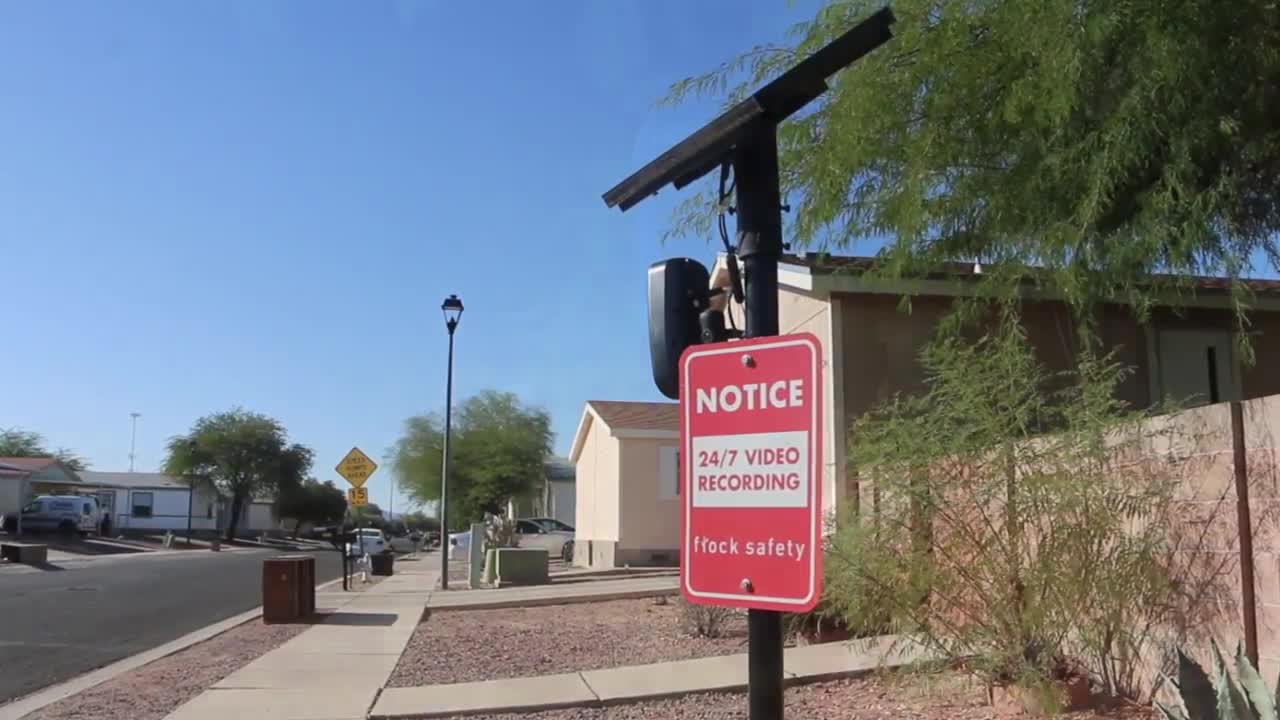 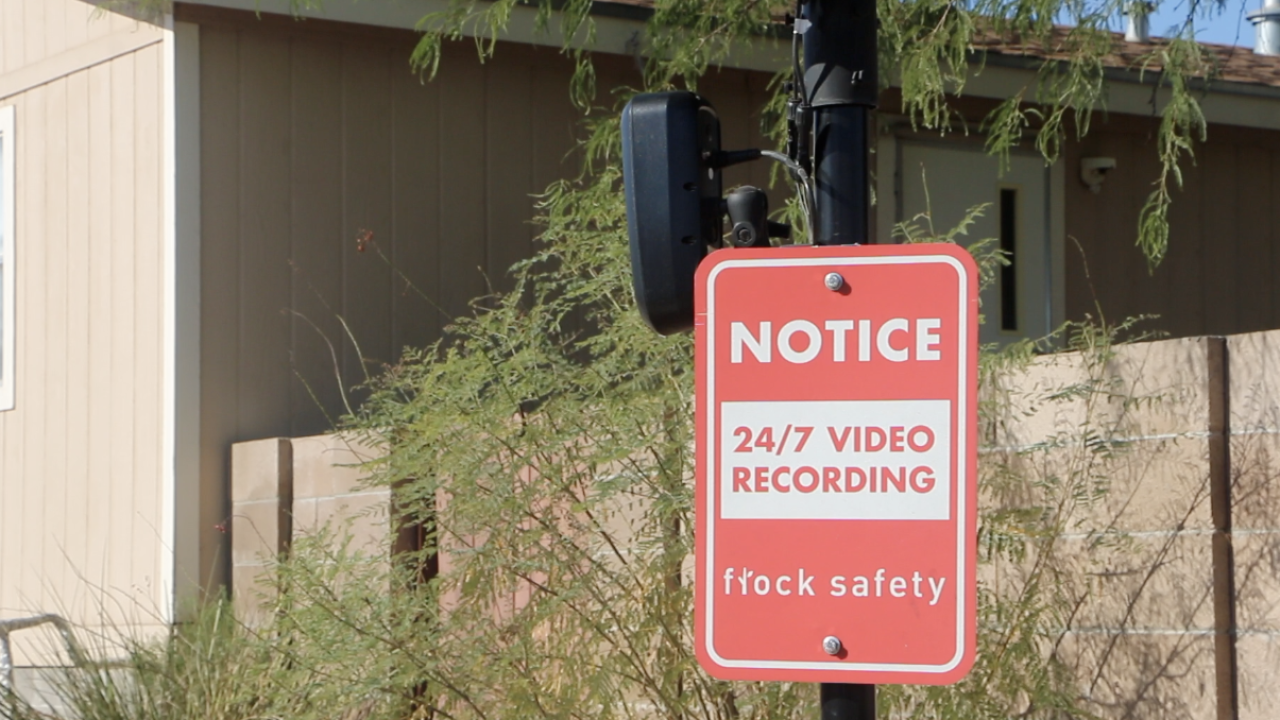 TUCSON, Ariz. - Homeowners in one Tucson neighborhood are using a small piece of technology to keep their neighborhood safe.

It's called 'Flock Safety' and it's a small camera that sits on a low post at the entrance of the Country Club Terrace neighborhood.

“We realized that a video camera will give you information but unless you have a license plate number, in most cases it’s pretty useless," said Barry Smith, the Vice President of the community's HOA.

Smith told KGUN9 the HOA had been looking for technology to keep their neighborhood safe of specific crimes.

RELATED: Tucson police use state of the art DNA technology to solve crimes

“Porch pirates, we had a person drive through here one night and do some property damage," said Smith.

While it is a camera, the device is used to capture video of vehicles and license plates, which Smith said has proven helpful for the neighborhood.

Smith said the HOA owns all of the recorded footage, and the only people allowed to view the footage are the community manager and Tucson Police.

He added he believes the technology will prove even more useful in the coming months.

“We do feel that if something happens we have some recourse," said Smith.