Restaurant dine-in service could open as early as May 12 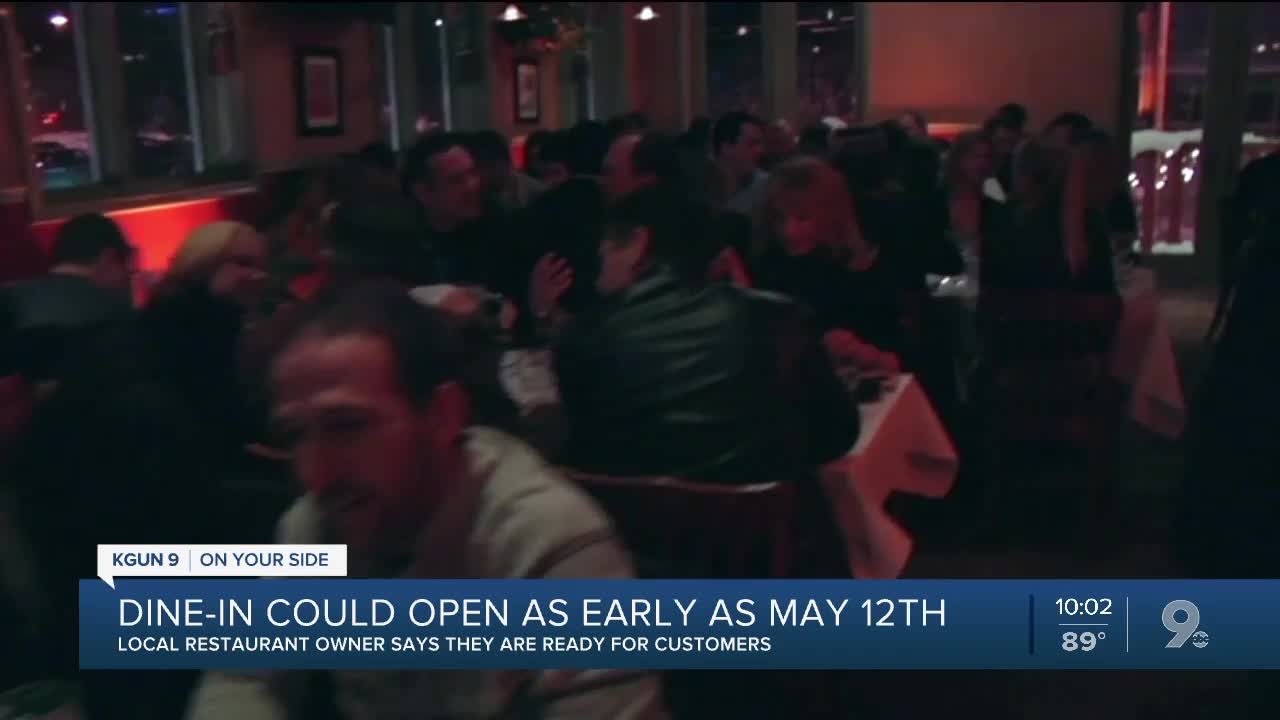 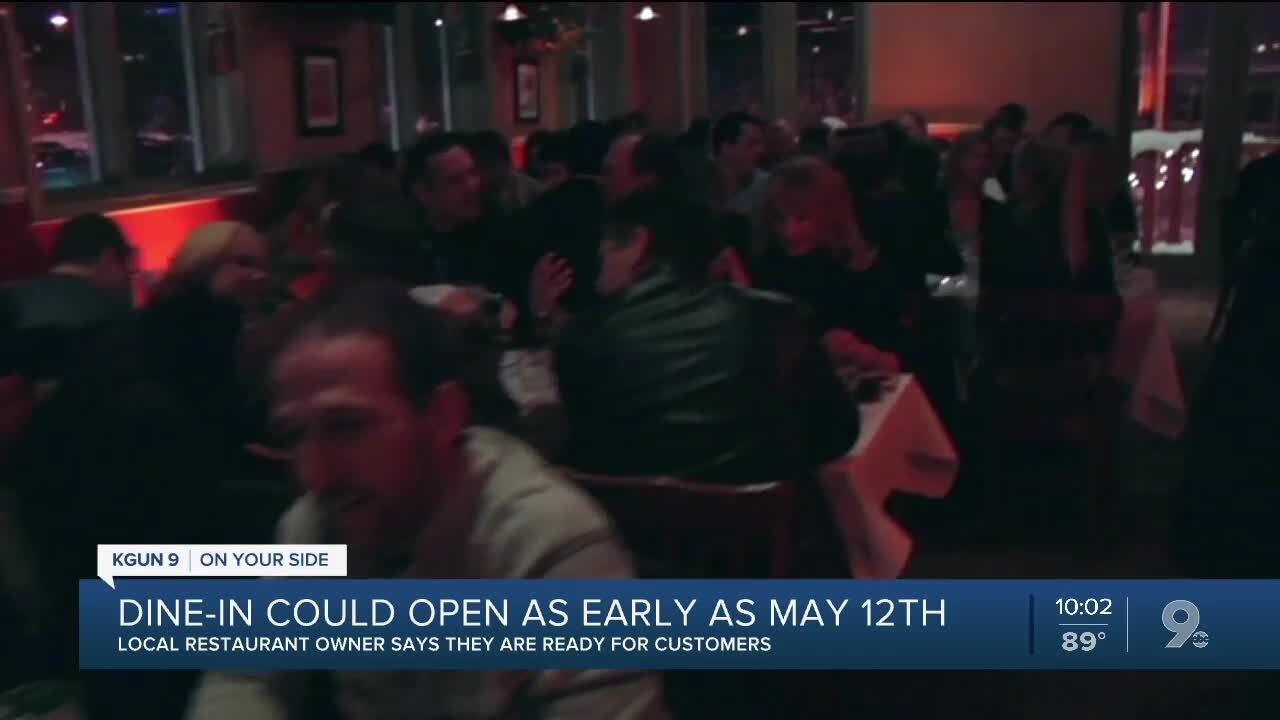 TUCSON, Ariz. -- Amid extending the stay-at-home order to May 15th, Governor Doug Ducey also said restaurants could start opening up for dine-in-service by May 12th.

That is the best case scenario.

Maria Mazon, owner of Boca Tacos y Tequila restaurant, says she is more than ready to open up her doors on 4th Avenue.

“The chef in me I can tell you it’s awesome because I have more chances to create. The owner in me is freaking out,” she told KGUN9.

Mazon says she is freaking out because she may need to hire more people, and for that she needs money.

However she says she already has a plan in place to make sure customers stay safe.

“My servers will wear masks. I’m going to put a sign saying be mindful of other tables. Try to sit separate. I have gloves coming out of the wazoo, and bleach, and wipes and everything that I have to do to make my diners comfortable,” Mazon added.

She also has a plan for menus.

“I can definitely do paper menus if I have to. If not, it’s not a problem to sanitize them every time,” she said.

At this point, even though Mazon cannot wait to open up her doors, she says diners may feel more comfortable picking food up at the window.

“It will be little by little. I think it will be the first I don’t know month will be like a wave,” she told KGUN9.

However, until then, she remains hopeful things open up sooner rather than later.

“That’s all you can do...is hope and open that window and do what I do best. Cook and take it a day at a time,” she said.

Governor Ducey has also said the state's travel restrictions on some areas of the country will be extended through may 15.

Ducey says the new order will phase-in reopening of some aspects of the economy and the state. The first portion of that will be retail establishments, who will be permitted to voluntarily reopen starting May 4, with more opening May 8.