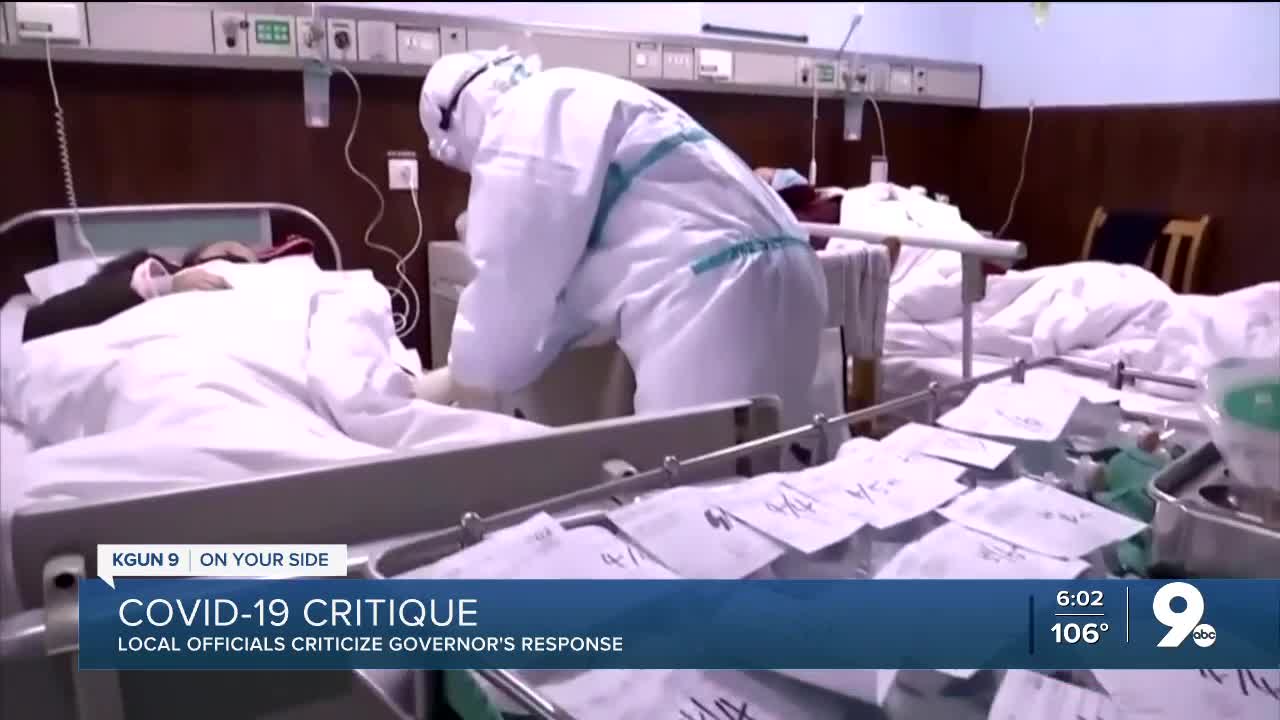 TUCSON, Ariz. - The man who ran Arizona's health department -- for six years -- says the governor needs to do more -- to stop the spread of COVID-19 and a Pima county leader -- agrees with him.

They’re calling on the public to pressure the Governor for more safeguards.

Governor Ducey conceded the surge in COVID cases since he eased restrictions in May has been tough. He announced programs to channel more resources to hospitals, increase testing and hold restaurants to half their normal indoor capacity.

And he says he sees some signs the rise is beginning to level off.

But some local leaders say the virus surge calls for more of a clamp-down. In a telephone news conference, Pima Supervisors Chair Ramon Valadez says two weeks ago Pima County jumped from 277 new cases per week to more than 2,300.

He says, “That is a wake up call for everyone in Arizona, everyone in Pima County except apparently our governor who simply doesn't get it.”

Will Humble led Arizona’s Health Department from 2009 to 2015. He says the Governor made good decisions early in the outbreak but re-opening in mid-May---and opening wide---led people to behave in ways that ballooned case counts so high that to find bed space Arizona’s had to shuffle patients between hospitals and sometimes move them out of state.

He says, “The contact tracing folks get the data, 8, 9, 10 days after the specimen was collected so they've already exposed their co workers and roommates and family members, and the contact tracing is done after the fact, when it can't be effective.”

But in his news conference this week, Governor Ducey recognized the criticism and said he’s looking out for Arizonans, not acting to please the press or to play politics.