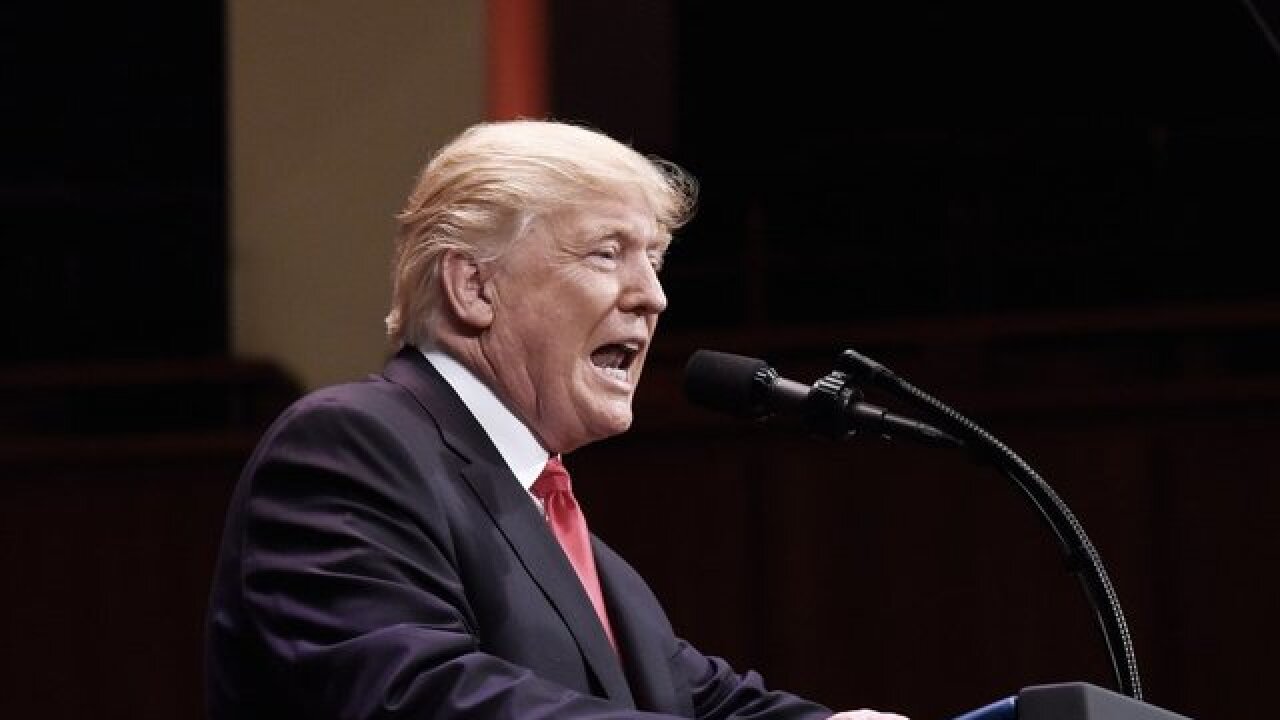 "If Mexico needs or requests help in cleaning out these monsters, the United States stands ready, willing & able to get involved and do the job quickly and effectively," the president said in a series of tweets.

....monsters, the United States stands ready, willing & able to get involved and do the job quickly and effectively. The great new President of Mexico has made this a big issue, but the cartels have become so large and powerful that you sometimes need an army to defeat an army!

In a news conference Tuesday afternoon, Mexican President Andrés Manuel López Obrador rebuffed Trump's offer, saying "It's not in agreement with our convictions. The worst thing is war."

A family member says the victims were three women, four small children and two infants, and were dual U.S.-Mexican citizens. Mexican authorities say the attack may have been a case of mistaken identiy between "conflicting groups in the area."

Other family members, meanwhile, say they don't believe the attack was an accident, and it's not the first run-in with organized crime groups in Mexico.

The family is part of a farming community in Mexico known as La Mora, whose residents identify as mormon but consider themselves separate from The Church of Jesus Christ of Latter-day Saints, the Associated Press reports.'

RELATED: US victims in Mexico attack from Mormon offshoot community

The rescued family members came through Douglas before being flown to a hospital in Tucson, according to the Douglas mayor.