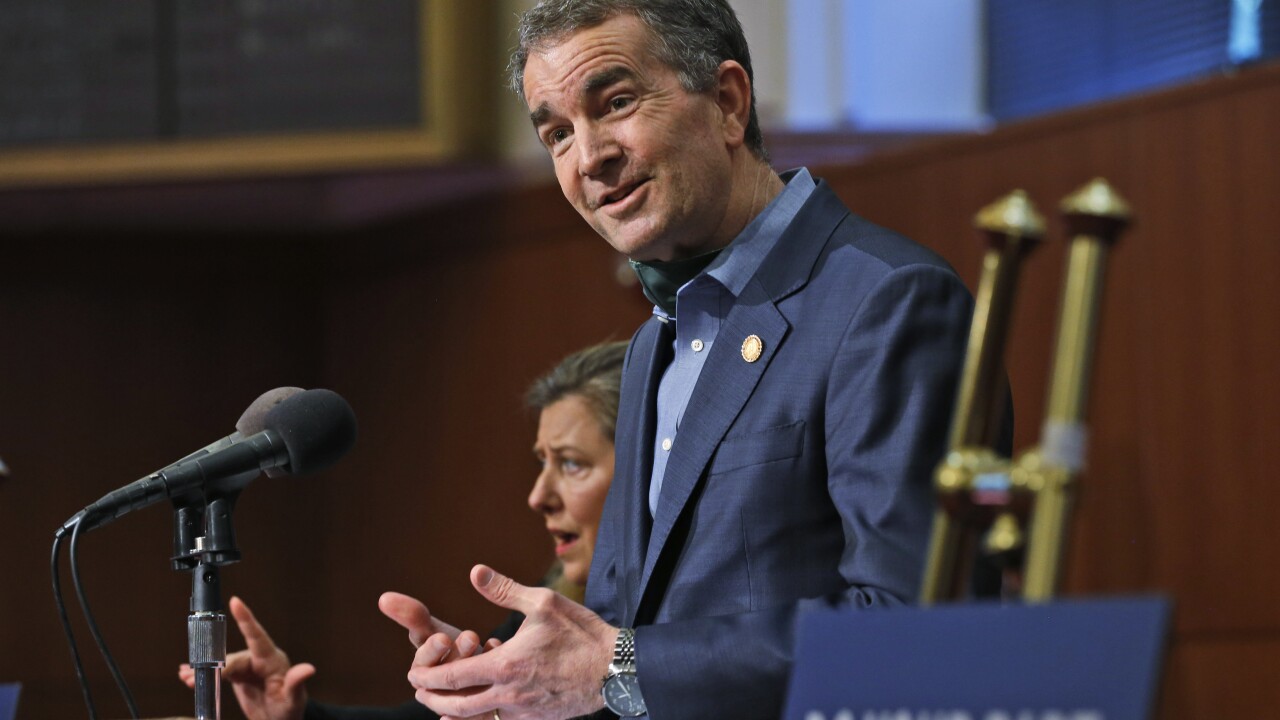 Copyright 2020 The Associated Press. All rights reserved
Steve Helber/AP
Virginia Gov. Ralph Northam gestures duding a news conference at the Capitol Monday May 4, 2020, in Richmond, Va. Northam announced a phase one opening of the state beginning May 15.(AP Photo/Steve Helber)

RICHMOND, Va. - Governor Northam announced Wednesday that he has signed several new laws to reform policing and criminal justice in the Commonwealth.

These reforms include measures banning no-knock warrants and limiting the use of neck restraints by law enforcement.

The laws also require law enforcement officers to intervene or report when they see wrongdoing from colleagues, and banning sexual relations between officers and justice-involved individuals.

“Too many families, in Virginia and across our nation, live in fear of being hurt or killed by police,” said Governor Northam. “These new laws represent a tremendous step forward in rebuilding trust between law enforcement and the communities they serve. I am grateful to the legislators and advocates who have worked so hard to make this change happen. Virginia is better, more just, and more equitable with these laws on our books.”

“The deaths of George Floyd, Breonna Taylor, and Ahmaud Arbery woke Americans to a longstanding problem that has existed for generations—and we know Virginia is not immune,” said Senator Mamie Locke. “These are transformative bills that will make Virginians’ lives better, and I’m so proud to see them signed into law.”

This story originally reported by Arianna Herriott on wtkr.com.