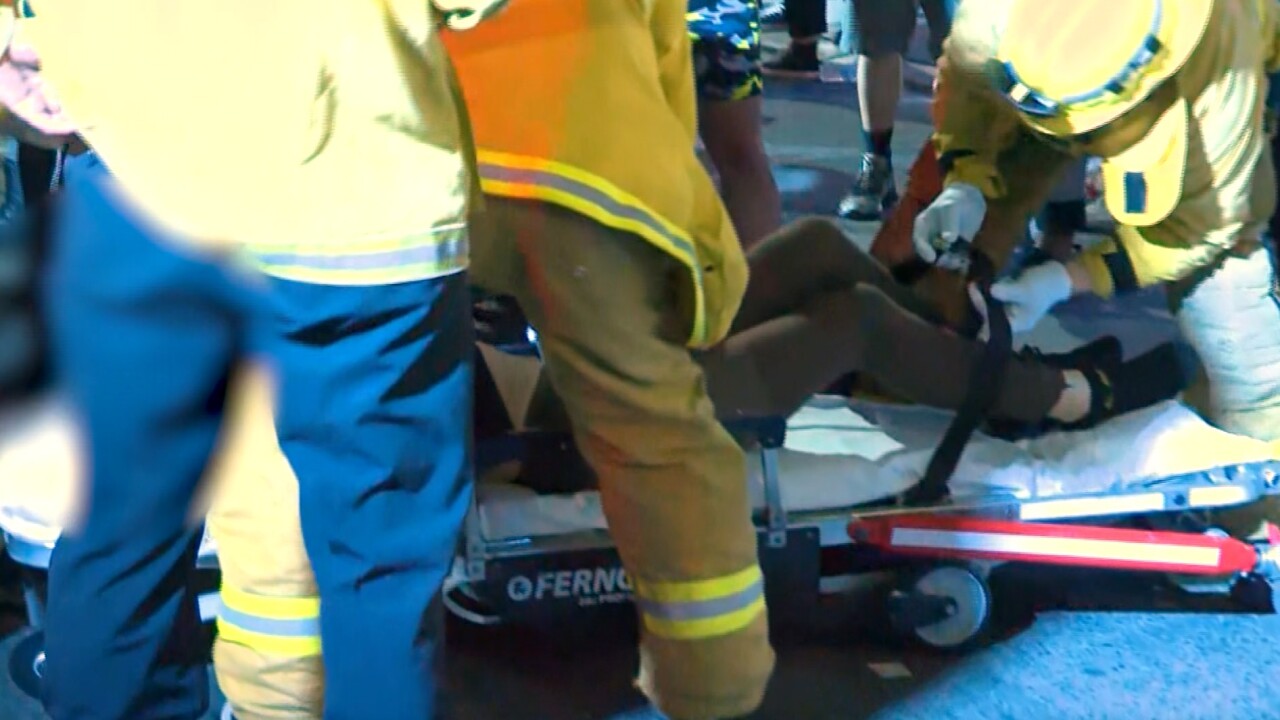 A disturbing trend is developing across the U.S. regarding vehicles striking Black Lives Matter protesters.

Just since the grand jury announced its decision in the Breonna Taylor case on Wednesday, vehicles have driven through protests in at least three cities: Denver, Buffalo and Los Angeles.

Wednesday night, hours after it was revealed that the police officers who shot the 26-year-old EMT would not be charged for her killing, a man drove his car through a crowd of demonstrators calling for justice outside the Colorado State Capitol in Denver. The driver was detained.

That same night, a protester was struck by a truck in Buffalo’s Niagara Square, sending her to the hospital with broken bones. In that case, authorities have arrested the driver on charges of reckless endangerment and reckless driving.

And most recently, multiple vehicles drove through a protest in Hollywood Thursday night, one of which struck and injured a person. That victim was transported to an area hospital with minor injuries, according to the Los Angeles Police Department.

LAPD says a group of more than 300 protesters were marching near Sunset Boulevard when a blue pick-up truck maneuvered through the crowd and became involved in an altercation shortly after 9 p.m. As the driver of the truck attempted to get away from the situation, police say the vehicle struck a protester standing in the street.

Moments later, police say a white Prius attempted to drive around the same protest and also became involved in an altercation with people in the crowd.

“A black pick-up truck leading the protests accelerated and pinned that white Prius in, forcing it to come to a stop,” wrote police in a statement. “The driver of the Prius attempted to flee the area and reversed into a green mustang behind it. That vehicle was also participating in the protest.”

Police say both the drivers of the truck and Mustang attempted to extract the driver of the Prius from the vehicle, but that driver was able to get away. Several blocks away, that motorist was detained by Hollywood officers, according to police.

All the drivers and victims involved in both altercations have been identified by Hollywood officers and an investigation is ongoing.

Protests are expected to continue throughout the coming days as people demand justice in the Breonna Taylor case.

On Wednesday, the Kentucky grand jury indicted one of the three Louisville police officers who entered Taylor's apartment in March and fatally shot the emergency medical technician. However, the indicted officer isn’t being charged in connection with Taylor’s killing, he’s being charged with wanton endangerment for shots fired into her neighbor’s apartment.

After the grand jury's charging decision was announced, the Kentucky attorney general held a press conference, during which he said the officers who shot Taylor were "justified" in their actions because they were responding to a shot fire by Taylor's boyfriend, Kenneth Walker, who has said that he believed the police were intruders.